If the news media seems to have a very low threshold for objectivity, documentaries are even worse. The notion of an investigative perspective is increasingly becoming an endangered cinematic species, and tampering with the truth in movies is repugnant and on the rise, in effect narrowing the line between feature films and documentaries all the time.

A case in point is Donal MacIntyre’s A Very British Gangster, a look at the scourge of the Irish mob in England, playing out in the slums of inner city Manchester. Specifically, the reign over this impoverished and bleak community of the simultaneously cheerful and scary local crimelord, Dominic Noonan.

With MacIntyre’s camera chasing after Noonan and his brash photo op escapades in wag-the-dog fashion more than the filmmaker getting a grip on his subject, the documentary does nearly crosses the line between cinematic inquiry and promo puff piece performance. But there are sufficient tidbits revealed – perhaps more accidentally than not – that cast an eerie when not self-congratulatory spin on the oddly far from shy perpetual career criminal person of interest suspect in question.

Looking harmlessly dapper, bald and paunchy like your jolly neighborhood accountant, Noonan acts as a sort of tour guide around the hood he seems to preside over as combo self-described social worker and free lance security agent and crime fighter, oblivious to the mostly passive police. Tagging along after him is an underage posse of aspiring gangster groupies, as Noonan claims bragging rights to exciting stuff like chopping off the pet dog’s head of a rival, to show him who’s boss. 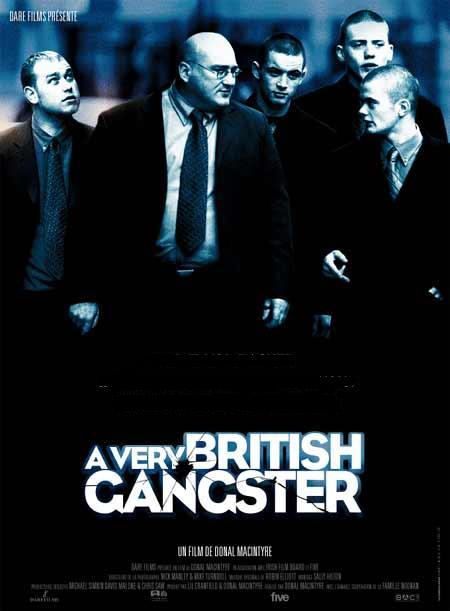 The wiseguy reality show format mostly switches it up between ho hum down time between dastardly deeds that we never get to see, and numerous trial dates where Noonan is repeatedly cleared of charges following witnesses high tailing it out of the country. And no low slung jeans and peek-a-boo designer drawers for these grinning young gang bangers and dapper dudes in tow, these loyal men-in-black disciples are decked out in cheap suits while sucking lollipops.

At once point, Noonan announces that he’s openly gay, though there’s not a lover in sight, and that he had been repeatedly, brutally gang raped at boarding school as a teenager. He also offers to his captive audiences – both the filmmakers and the viewers – an odd rationalizing logic to his mobster life. That is, he’d love to become just a regular citizen, but the law has perpetuated criminals like him by having them remain ‘stuck with our reputations.’

Though hard to swallow much of this slanted overview, the proceedings go down fairly easy, owing to an impressive format crafted with a potent, gritty rap and jazz soundtrack, and Noonan’s charismatic force of personality, however unpleasant. A Very British Gangster is finally less about insight into the nuts and bolts of urban racketeering, than a glimpse into a thug’s action hero fantasy life.