It’s a Wonderful Life (1946) is a much-beloved fable about a depressed businessman who decides not to commit suicide after an angel intervenes and shows him how much worse off the world would be without him. Shades of that Frank Capra classic abound in A Beautiful Soul, a faith-based variation on the theme, but in blackface.

Directed by Jeffrey W. Byrd (King’s Ransom), this music-driven, hip-hop opera stars Dietrick Haddon as Andre “Dre” Stephens, a booty and bling-obsessed pop icon who has turned his back on the Lord. We witness his misbehavior firsthand when the shallow singing sensation only goes to church grudgingly, and then proceeds to insult the deacon (Jeris Poindexter) by trying to pick up female parishioners and by failing to encourage a promising young soloist (Trevor Jackson) in the choir.

Such repugnant behavior invariably forecasts doom in your typical, transparent morality play that tends to telegraphs its punches. And in this case, the day of reckoning arrives when Dre is shot during an ambush of his entourage staged by a disgruntled bodyguard (Vincent Ward).

With his mortally-wounded best friend (Robert Ri’chard) slowly expiring, Dre is lucky to be left floating in a limbo somewhere between Heaven and Earth. While in that suspended state, the sinner’s technologically-advance Guardian Angel (Vanessa Bell Calloway) appears and helps him, via iPad, see the error of his ways.

Dre simultaneously spends four months in a coma in the care of Angela (Lesley-Ann Brandt), a gorgeous groupie-turned-nurse-turned-soon to be-love interest. By the time he’s rehabilitated and fully revived, the world is waiting with baited breath to see whether their favorite bad boy will be Born Again or remain a materialistic misogynist.

An inner-city tale of redemption which proves that miracles don’t only happen to orphans in the Midwest at Christmastime!

Rated PG-13 for violence and sensuality.

See a trailer for A Beautiful Soul: 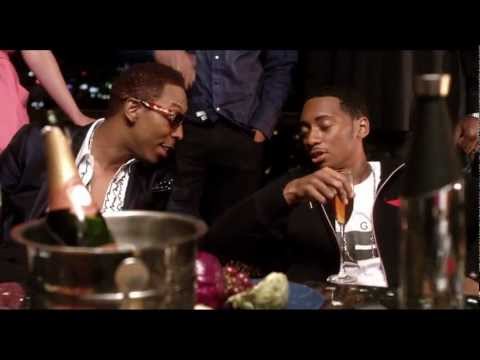