I have embarked on as adventure, looking into the world of art and self-publishing. As part of my adventure, I got to meet some very peculiar individuals; There was a swearing chef with a taste for art, a break dancing fox, a secret society I happen to stumble across which turned out to be a humble writers group, a class of super eager creative writing third year university students, an evil ‘Artificial Intelligence’ that builds websites, an Avengers type group of writers working on a seasonal magazine, New Amazon – a multitude of probably 8 million fan girls, plus, I embark upon a challenging league of writers scribbling to the death…

When I found out I was going to actually interview a band that does covers of video games I was overjoyed. I’d be chatting with some super talented artists. The OneUps make listening to computer game music cooler because they just do. It’s quite hard to explain but with an array of musical talent, they convert melodies and well known theme tunes of computer games into masterpieces of harmonic beauty with acoustic and electronic musical instruments. It’s quite something to behold with the ears. Their albums are more than just easy listening and are severely entertaining; you’ll find yourself pressing repeat on a lot of songs if not all. 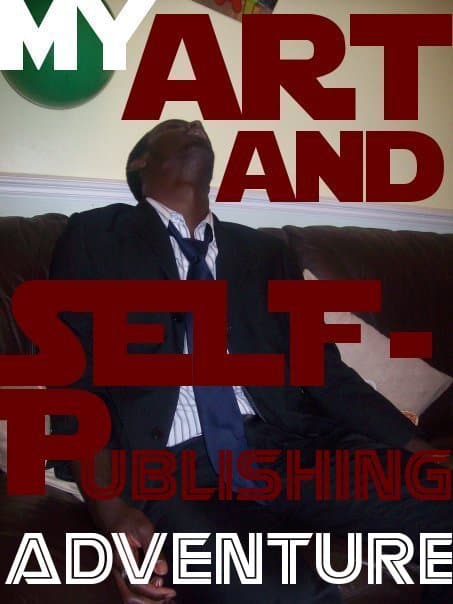 My Art and Self-Publishing Adventure: Chapter 5: I Talk To The OneUps

Tim: To me, I think the busiest we ever were was 2007-2008 – We played PAX 07, and promptly came home and spent the next year gigging nearly every weekend, arranging two albums worth of music, perfecting two non-stop sets, and then presenting one of said sets at PAX 08. It was a roller-coaster of shows and hard work and it really paid off. The months before we hit the studio are always really busy as we are arranging and memorizing tunes

KOR: Groups like yourself always have a cult following (don’t be coy it’s true) how have you coped with that?

Tim: We are flattered and humbled when people dig what we do – We are lucky that 1 – The following is small and loyal and 2 – The following is based on the music and not some image or unrelated idea; we try to earn our respect by being good musicians and being easy to work with/talk to

KOR: Do you know what? Before I ask any other questions about stuff let’s ask the OBVIOUS question-You are a video game cover band, why video games?

Tim: While we all come from drastically different musical backgrounds, we all share a love for games, old and new. It’s the thread that connects us – a multitude of genres and styles and sounds filling up our childhoods. It’s a great space to work in because you can’t be pigeonholed into one style or be expected to only do one thing.

KOR: Whose genius idea was that?

Tim: That honor would go to Mustin, the founder and former member of the group. He and William (VCR) were there from the start, putting together arrangements – it just kind of grew from there and the rest of us got on board

KOR: What effect did it have on you playing instruments?

Tim: For me, it made me a much better musician, because I was now playing melodies that were never played on real instruments – the conventional intervals and patterns were sometimes non-existent, so you really had to push to make it work on guitar. I’m sure the same goes for the rest of the guys.

KOR: It must have changed the way you play computer games right?

Tim: I feel like I “research” a lot more when playing games now, and tend to appreciate the games that harken back to soundtracks of the 8 bit days. Stronger, catchier melodies

KOR: What are your top five computer games and why?

(For me, this question is easy, it’s Super Mario all day)

5. Resident Evil. We all collectively adore Contra 3: The Alien Wars, and vow to cover it someday. Street Fighter 2 and the Metroid series seem to be among the consensus of games we all love too. Also, all of the God of War games ate up our time.

KOR: What is your number one computer game theme tune?

Tim: My favorite tune is probably the Fairy Fountain theme from Zelda – anything Koji Kondo is going to be hard to find a favorite for. We have all been digging into a lot of Chrono Trigger stuff lately and some of the older Castlevania games scores seem to resonate with everyone.

KOR: Okay so as you know computer games are often adapted from comic books, books and movies, so this question was ALWAYS going to be asked-what is your favourite computer game adaption? (Mine is currently The Lord of The Rings because of the awesome Co-op.)

Tim: Some of the LOTR Games were awesome – Battle for Middle Earth 1 and 2 were spectacular! The Lion King game was a pretty great adaptation, as were some of the Star Wars sidescrollers. I remember the Blade Runner game for PC being pretty fun (when it worked)

Tim: Film scoring would be great fun. What a difficult gig, though. VCR has a lot of training in it

KOR: Since we’re all shameless geeks here I’ll ask another geeky question, what’s your favourite computer game? (Mine was the Doctor Who Google Doodle that was on the Google page for the shows’ 50th anniversary)

Tim: Computer as in PC? Probably Ultima Online. Or Diablo 2. Or Warcraft 2. That’s really tough (Moose and I are the two big time PC gamers in the group). I played an unhealthy amount of Quake 2 (lot’s of 2’s).

KOR: If you could make your own video game what would it look like, how many levels? Who would be the boss? (If I had a game it would be an 8bit of me trying to get to my imaginary girlfriend’s house on time avoiding traffic and people I know and the bosses would be a string of evil ex-girlfriends-yeah scary I know!)

Tim: If the band made a video-game, it would be a strange game indeed. I have the feeling it would be excessively difficult, unfair, unrelenting in a Super Meat Boy meets I Wanna Be the Guy, but the music would be really good. There would be no reward at the end

KOR: Let’s be honest, this is like nerd territory, so my next question is a little personal, you’re allowed to lie if you want-do any of you have girlfriends and how hard has it been to get one since becoming nerd magnets? (Don’t tell me you’re all married!)

Tim: We are all married. To music.

KOR: If you could give your younger selves any 5 bits of advice about music and the path you’ve taken what would it be and why?

2.All music has value

KOR: Although I love The OneUps-Super Mario Kart-Title screen with its Spanish serenading flavour and fervour, my favourite bit of music from you guys is The OneUps-Final fantasy VII-Take This Broken Wing And Learn To Funk Again-the climax is fantastic and the art work of the whole album cover is immense and something out of a comic book-what is your favourite album and track that you’ve done (if any)

Tim: My favorite thing we’ve ever done is Battletoads. It allows everyone to shine, it has many movements, I don’t think it’s covered a lot, and it just GROOVES. Hard.

KOR: Let’s end this interview on a high, what computer game protagonist or antagonist would you be and why? (I’d be Doctor Who, because God’s honest truth it looks like I’ve stolen half his wardrobe)

KOR: Thank you very much for meeting with me, we should do this again sometime, preferably over a game of Tekken with The OneUps latest playing in the background.

Tim: Thank you – If we ever all play Tekken, let’s hope that Anthony (Former Sax player) isn’t there – He will destroy everyone.

KOR: (If you have anything to shamelessly plug, throw them underneath this statement once you’ve answered all the questions gentlemen-Thanks!)

Tim: Thanks again! Shameless plugs would just be to check out Http://www.theoneups.com, find us on twitter @TheOneUpsBand, and you can purchase our albums on the site or at Fangamer.net