Though Katie Holmes is about as famous as you can get since she hooked up with super-celebrity spouse Tom Cruise, when you get together with her for some conversation, she’s the real deal, completely down to earth and genuine in every way. Which is pretty much a description of the character Jackie that she plays in her new movie, Callie Khouri’s Mad Money. Katie talked about her solid identification and huge affection for Jackie, a low wage trailer park blue collar worker over at the Federal Reserve who may be, well, more than a little strapped for all that cash surrounding her every day. She also gave some glimpses into the thrill of being a mom and taking daughter Suri to her special brand of work every day, and getting to be an expert at paparazzi dodging with Tom. 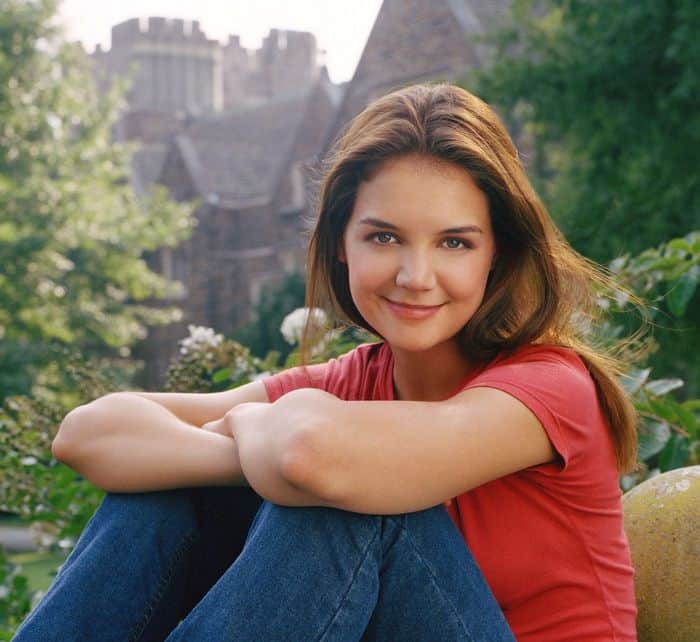 Even though there were always photographers hanging around the Shreveport, Louisiana set of Mad Money, did it get more frenzied when Tom showed up with Suri?

KATIE HOLMES: You saw that, too! Well, there was always a lot of attention. And a lot of paparazzi.

What was it like for you to have Suri with you on the Mad Money set?

KH: It was very exciting. I felt better!

The women who work for the Feds in the movie aren’t noticed by their employers. Did you ever have a job before you became famous, where you felt like an invisible employee?

KH: Nope. I had my own lawn service when I was growing up. You know, I cut my mom’s friends’ grass. But I never felt invisible. I felt like the lawn keeper of the neighborhood!

What was it like getting to know those workers at the Treasury, and how they have to get used to being around all that money every day?

KH: I had never been there before. And there were nice people there. It’s a hard job. You’re looking at all this money, and you’re not making any money. So that’s hard.

What fascinated you about your character, Jackie in Mad Money?

KH: It was very different from anything else that I had done before, and I liked this person. She was out there and wild, and had this adventurous spirit. And she really wanted more out of her life.

I like people like that, people that are seeking something else. And yet still surviving where they are, and working towards it. So that was really appealing. And also working with Diane and Dana [Queen Latifah] and [director] Callie Khouri, it was great to be a part of a comedy and also a comedy with women.

What else do you have coming up?

KH: Actually, I don’t have any other movies coming up. Just like everyone else, I’m waiting on them to work out the strike.

You’re an Ohio girl. So was it hard getting used to Hollywood?

KH: I do love California and LA, for sure. I first came here with my mom when I was sixteen, to do a million auditions that composed pilot season. And it was amazing of my parents to let me, this girl from Ohio.

How did you manage to get auditions set up all the way from Ohio?

KH: I went to a modeling and talent convention, and I got a manager there. And then they said to come out. My mom and I came out after my dad made sure that it was all okay, and came and checked everything out. We were at The Oakwood. We came in January – and I think of this every January – because I packed all of my shorts and t-shirts. And we froze!