Denzel Washington needs no further proof with The Great Debaters, that he’s as remarkable a talent behind as well as in front of the camera. Denzel combines the best of both worlds as the star and director of The Great Debaters, a euphoric and inspirational story about the victory of a rag-tag debating team from a small black Southern school, Wiley College in Texas, over the heavy-hitter eggheads of Harvard during the terrifying years of Jim Crow. In Denzel’s more than capable hands as an emotional and dramatic storyteller, there’s a real organic sense of how young minds can be nurtured and energized way beyond sex and sports, into caring and socially committed, evolving human works-in-progress. And how debating can be pretty exciting in a movie too, after all. 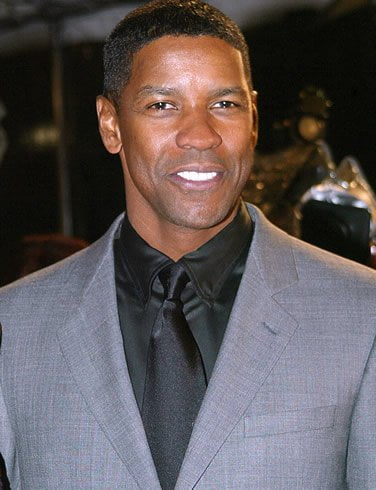 Denzel shares some of his own very personal, deeply committed labor-of-love passion and convictions during this interview, in seeing The Great Debaters to the screen. And how he wanted to give back to the young people of color, by showing them the way in a confused world and not so very different reality today. Other topics touched upon during this inspirational conversation in its own right, were the lost art of debating and how it has shaped the roots and poetry of rap, and the magic that once defined debate as a significant spectator sport back then. All in all with Denzel presiding, it was a great debate.

How did you relate to such a different world in the past that we see in The Great Debaters?

DENZEL WASHINGTON: Let me say one thing before we start. I’m on the cover of Ebony now, Oprah and I, and it’s a nice cover, nice picture. And in the corner, it talks about nooses, the whole thing with the noose coming back now.

And I thought wow, things have changed, but they haven’t changed. On the January 2008 cover, the cover of Ebony Magazine, it’s talking about the nooses. I guess it wasn’t even news back then, and maybe that is the difference between then and now. It wasn’t even news then.

The Great Debaters seems like a really passionate labor of love for you, how come?

getting the opportunity to do it. You know, just seeing these three young people do what they have studied hard, and worked hard to do.

I know, as an actor, how difficult it is to get in this position, to get the opportunity to get good parts is difficult. People talk about

Academy Awards, and this and that, and always say you can’t be considered unless you have a good role. But good roles are hard to come by.

But I didn’t decide to do this film solely because I saw a great opportunity for young actors. I read a piece of material that interested me, that I was moved by, and these are the young people that won the parts.

How did you go about fleshing out this story, that is so grounded in real history?

DW: We set up a camp for the kids. I met Dr. Freeman, who is the debating coach at Texas Southern (University), which is one of the top debating schools in the country. I interviewed him, and actually put him on film. And I asked him could we set up a mini camp for the young actors.

Would you like to do more movies about black history?

How did you go about making debating seem so fascinating and exciting?

DW: I call it a sports movie. In those days, that is what they considered a spectator sport. It was a very popular event to go to. So that was interesting. There were 360 students at this college, and they were going up against these big schools. And that was very fascinating.

When I interviewed Mel Tolson’s son and Henrietta Wells, the character of Samantha Brooke (Jurnee Smollett), which is loosely based on her, she actually debated in 1931. And what they talked about, was how prepared they were. They weren’t intimidated, they were prepared.

But it was a sort of cocoon, if you will. It’s a movie, so there are big dramatic strokes in it that didn’t necessarily happen in two hours of their life. Maybe it happened over the course of twenty or thirty years, maybe it took five or ten years. But the fact of the matter was that when they got up on that stage and went against anyone, they were not intimidated by anyone.

In our film, we changed it, I said I wanted it to be Harvard, and in actuality, the national champions were USC. But there is no question that everybody they went against, they beat. It didn’t matter who it was, Oxford, Harvard, USC, Cambridge, it didn’t matter.

But it was a four year process. I worked on the screenplay for a long time, between jobs, I would shoot and come home. And I would sit with the writers. I worked with Bob Eisele. When I came on the project, Bob Eisele had written the original screenplay. Then I worked with other writers.

Your character in The Great Debaters is a role model for these young people, did you create that perspective by reflecting on growing up yourself?

DW: I guess. I reflected on everything else, so I guess I did. But no, I can’t think of one thing like that. I didn’t look at myself as a role model. It’s an opportunity, in this case and with these young people, to share what I’ve experienced with them.

At the same time, it was inspiring to me too. You know, to work with them, and to work with Forest Whitaker was inspiring. He is a heavyweight in this business. He made a sacrifice to be in this film, and that was great for me.

So no, there wasn’t any one person I thought about. I did feel an obligation, but a connection if you will, with Mel Tolson and his father, and Henrietta Wells. I felt connected to all these people, who accomplished what they accomplished.

Do you think debating has changed from what it was back in the 1930s?

DW: We aren’t developing that muscle and magic like we used to. We went from spoken word, to radio, to television, to film, to computers. I got a letter from Henrietta Wells, and one of the things that was beautiful about it was how well it was written. The penmanship was beautiful.

Now kids write like chicken scratch, because they don’t have to write anymore. It’s not the sport that it was. It seemed to make a turn around post World War II. I think that was the advent of television, and then it just wasn’t as popular anymore.

I don’t know what that indicates. It’s not like it was, but I think that spoken word still is popular. It’s no coincidence that we have hip-hop or rap. That just gets right back to poetry, whether you like what they are saying sometimes, or not. There is still poetry out there. Even bad poetry!

So I didn’t do it in an obvious way, but I kind of wanted to make that connection. You know, connect to the spoken word. And it was important to me to have young people speak, so that after four weeks it’s not the only thing that young people have to say.

That is somehow what we end up writing about or what ends up in our history and on the airwaves. There are other rappers as well that are very intelligent, and that have a lot to say. Like Kanye West, or Tribe Called Qwest. These guys are basically doing what rappers say, they are spitting, and it’s competition. It’s verbal Jujitsu.

With such an amazing body of work behind you, what are you looking forward to for yourself, in the coming years?

DW: I’m enjoying what I’m doing. I have a new life now behind the camera. And it’s really like I’m starting over. But the plateau for me, was probably about ten years ago, in terms of how I felt about what I was doing. You know, the work, and all of that.

I started looking for other things to do, at least about ten years ago. And it’s just getting out there now. But it didn’t start yesterday.

Do you have any New Year’s resolution?

DW: No, I don’t, I haven’t thought of anything. And I wouldn’t keep it anyway!

Who would you want to debate, living or dead, if you could?

DW: Me, personally? I don’t need debates. Talk is cheap, that’s my philosophy! I’m about doing, so I don’t need to talk about it.