Bill Murray may be starring in City Of Ember right now, a movie where a destroyed planet sends humankind underground to live in a dark world, but nobody can light up a room like he can. The famous SNL vet stopped by to chat about how much fun it was to play a really bad guy like Mayor Cole in the Gil Kenan directed children’s sci-fi adventure, where he gets to hoard grub while everybody else goes hungry. Suspiciously still in character at times during this very funny discourse, Bill talked food, mostly sardines, and the experience of both eating and being eaten in the movie, and without benefit of a stunt glutton whatsoever.

So what made you decide to play this really grouchy mayor in City Of Ember?

So we went out to a bar that was a diner during the day, on Lincoln Ave. And it had like a full orchestra with, like six horns. The temperature was about 130 degrees. And all people did, was drink rum straight and dance!

And I thought, I could work with this writer! But I never saw her again. But she’s written some great films. I mean, I can’t name them! But like Beetle Juice, and a number of others. So anyway, I said wait, is that the one? And she was the one.

So I got her number, and I called her. And she was on a horse. She was horseback! Like somewhere in the Valley, riding a horse. And she said, oh, you’re gonna love this. And the costumes were the best costumes I’ve ever worn. 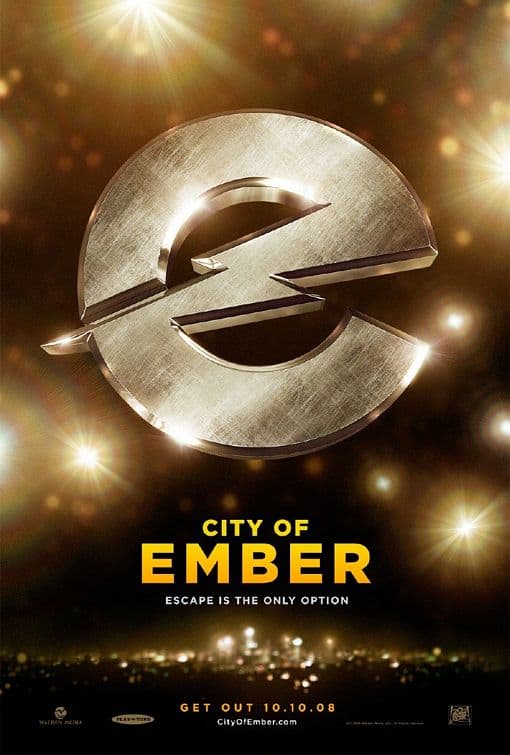 I see…Now, how did you prepare for this story, about an underground city that goes dark?

BM: I dug a hole and…I went inside of it! A very deep hole. And then I covered myself.

Well I meant, how did you get into your character?

BM: Oh, now you’re changing your question! Okay, I did a little research. I found that the book the movie is based on, was a book that kids in America read in school now. They read it in middle school. And when I told my sons that I might be in City of Ember, they said, oh! You’re gonna be the mayor?

But when I read the book, I read it from their point of view. And I think to the degree that a mayor can be a father figure who can disappoint you, you know, I’m a father figure. And I’ve probably disappointed on occasion!

Was that pot belly of yours, by any chance your idea?

BM: What’s that supposed to mean! You know, he is the only one in the whole town that’s eating three squares. So he would be the only one with that kind of…full figure!

Did you really have to suck down all that food? There was a lot of canned food, like those sardines. Did you have to eat all those sardines yourself?

Well, did you enjoy the experience?

BM: I’m not really a sardine guy. I do like caviar. I do. And I like eggplant. And I can eat copious amounts of caviar, and a fair amount of eggplant. I think this was the most sardines I’ve ever eaten in my entire life. But I got no stunt pay whatsoever!

Were you ever in a blackout like the ones in this movie?

BM: I’m from the Midwest. So we don’t have anything like that there. But I was in the pretty good sized hurricane that came a few years ago. But because the company that services us is about sixty miles away, I was the last person on their list. And they had 450 people before they got to me.

So what did you do?

BM: I left my home. And I moved to the Plaza Hotel, here in New York City. With an entire group of kids, and a dog. And they gave us the Presidential Suite. Yeah. It was very strange.

Does that answer your question? I don’t know what the question was. But, yeah, in terms of tragedies, that’s about as bad as it got. But it drives you nuts.

Bill, you play a hero in Ghostbusters and a villain in this movie. So is it more fun playing a good guy or a bad guy? And why did you go back for a sequel?

BM: Well, you’re way ahead of me. But that’s okay. I’m more involved with, you know, trying to get the dessert we ordered at lunch, than I am with the new Ghostbuster sequel! But it’s possible. And I think it could be a fresh look at it. And it could be funny.

I think the original sequel was rather unsatisfying for me. Because the first one to me was the goods. It was the real thing. The special effects guys got it and got their hands on it. And it was like, just not the same movie.

But it’s so much easier to be a bad guy. It’s a piece a cake. And I keep saying, why do they give Oscars to guys that play bad guys. Because it’s so simple. Play a good guy some time. That’s hard.

So would you go back for Ghostbusters again?

BM: Only if I could play an evil person! I think I’m boring you to tears.

No way. Speaking of eating, what about when you were swallowed whole by that big mole creature in City Of Ember?

BM: I see myself coming back in a sling for the sequel.

Bill, you steal all the food for yourself in this movie. So can you talk about your dark side?

BM: You want my dark side? Have I ever stolen anything? Not so much intentionally! But I don’t think it’s so much stealing as…being a part of the flow of the universe. You know, where there’s an exchange. It’s positive. It’s negative. There’s an exchange of goods and services.

Yeah. No, there are things that are on loan. I mean, you really can’t own anything here. You have to believe you’re just passing through. But do I ever steal anything? I don’t know, I don’t think of myself as much of a thief.

But occasionally, there are things that are just laying there. Doing nothing! And they’re not being used, and appreciated. But theft would be like, if I took your sunglasses, or if I took your purse or something. And I don’t need your coat, your purse, your glasses. Or your earrings! I don’t need that stuff.

But if there was something that was laying around, like in your garage, and it had been there for nine years. And you know, it was just covered with dust. I’d be like, are you kidding? This thing’s great!

So sometimes I feel the need, not to steal it from you. But to…liberate that object from its bondage!

BM: I’m gonna have to ask for legal representation. Can I call a lawyer?