Matthew Ryan Phillippe was born on September 10, 1974 in New Castle, Delaware where, at the age of 15, he developed an interest in acting. A couple of years later he was discovered by a casting agent who sent him to New York and he soon landed a recurring role on the One Life to Live. Ryan received considerable attention on the show from playing Billy Douglas, the first gay teen character on a daytime soap opera.

He eventually left the series, relocating in Los Angeles and parlaying his early success into support appearances both on TV shows and in feature films till he found a breakout role in 1997 in I Know What You Did Last Summer. That same year he found love at first sight with Reese Witherspoon at the then emerging ingenue’s 21st birthday party. The two tied the knot in 1999, and had a couple of kids, Ava and Deacon, before separating last November after seven years of marriage.

Ryan’s enviable resume’ already includes leads in such movies as Flags of Our Fathers, 54, Cruel Intentions, Antitrust, Crash, and The Way of the Gun. Here, he reflects on his latest role, as FBI Agent Eric O’Neill in Breach, a psychological thriller co-starring Chris Cooper and Laura Linney. 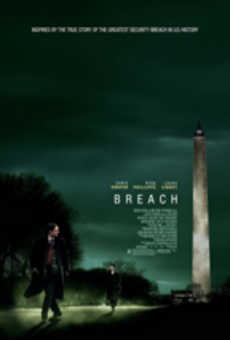 RP: Chris Cooper, in my estimation, is one of the best actors working today. I’m fortunate to get to work opposite him, doing material like this in a story that’s really got a lot of movement and a lot of energy. It’s a thriller, but not typical in the sense of the genre. It’s a suspenseful film and I like those elements, but more than anything, it was the idea of doing something like this with Chris, and the opportunity to learn from him as an actor.

KW: What is Breach about?

RP: The story is essentially the last two months before the capture of the worst spy in U.S. history, Robert Hanssen. There’s been an investigation ongoing for over two decades. For half of it, they didn’t know who they were after. And during the second half, they were trying to catch him in the act, so they could get the real goods on him.

RP: I play Eric O’Neill, who is a young law student slash FBI Agent in training who’s been handpicked to monitor Hanssen before they arrest him.

KW: How was it being directed by Billy Ray?

RP: Billy Ray is great. I met Billy before I had even been cast, and we spent a couple of lunches together. I just loved his enthusiasm, and I knew he was the director of merit, because he was so decisive and specific about what made sense to him, and how he wanted the movie to be, and I definitely bought into what his vision was. 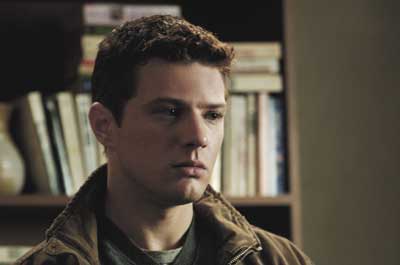 KW: You also had a great actress you were working with, here, in two-time Oscar-nominee Laura Linney, who plays FBI Agent Kate Burroughs.

RP: She’s a lot of fun, and really a gracious person, easy to be around. I like the Kate-Eric dynamic. Everyone in the script is lying to each other. The only person who doesn’t lie at any given point is Eric to Kate. She lies to him throughout most the film because she’s got to keep him in the dark. And he can only vent to her. He can’t talk to his wife, or to this person or that person. But to Kate he can say, “I don’t understand what’s going on,” and show his frustration.

KW: How does a thriller create and maintain tension when it’s based on an actual case a lot of people remember?

RP: There are the people who will know the story, then there are the people who won’t. Whether you do or you don’t, the script was crafted in such a way that it’s still suspenseful. And even Eric [the real-life Agent Eric O’Neill], who lived the part, said that when he read the last 30 pages of the script, in the back of his mind, he asked, “What’s going to happen?” And the guy lived it! That’s something special about what Billy was able to do with the script, to take a story that people do know to some extent and kind of throw it so off-kilter that it feels that anything could happen.