The Portly Security Guard Back on the Segway

Later this year, we will see him again, this time in a sci-fi comedy called Pixels. Intergalactic aliens misinterpret video-feeds from classic arcade games as a declaration of war against them. When they decide to attack Earth, they use those games as models for their attacks.

Kevin James started out on his career in showbusiness in stand-up comedy in Long Island. That led him to the Montreal Comedy Festival in 1996, and he was signed up to create his own sitcom.

In 1998, Kevin co-starred and executive produced “The King of Queens.” It ran for nine seasons on CBS. He was nominated for an Emmy in 2006 for Outstanding Lead Actor in a Comedy Series. “The King of Queens” is syndicated around the world.

Jumping from the small screen to the big screen, Kevin debuted in Hitch, with Will Smith. After that, he headlined Here Comes the Boom, then he starred with Adam Sandler in Grown Ups, Grown Ups 2, and I Now Pronounce You Chuck and Larry.

Today, I talk to Kevin about his new film, Paul Blart: Mall Cop 2. This slapstick sequel sees our hapless hero on vacation in Vegas with his college-bound daughter, played by Raini Rodriguez, until he instinctively jumps into action when duty calls.

KW: The last time we spoke, you were doing Here Comes the Boom?

KJ: Oh, I wish that one did better. I loved that movie.

KJ: That was awesome. Thank you.

KW: So what inspired you to put back on the badge on hop onto the Segway again?

KJ: You know, we all loved the character, and after the first film did well, I didn’t want to see him disappear. It was just time, it felt right, and we missed him. We also wanted to bring him back because the world needs a hero now. So, it was nice to bring him to Vegas, make it a bigger platform, and raise the stakes. He’s going through an emotional time with his daughter [played by Raini Rodriguez] who’s about to go off to college. But he can’t separate himself from his calling, and even though he’s on vacation, he’s got to serve and protect. You can’t take him away from his work.

KW: How was it co-writing the script with Todd Garner and Nick Bakay, who wrote Zookeeper for you?

KJ: It’s just great, because these guys know Paul Blart so well. So, we’re able to bounce ideas off each other, which makes the process more comfortable. And of course, the character’s more familiar to us, which means we were able to take it to another level.

KW: I have some questions for you from fans. Editor Lisa Loving says: There is something about the mall cop as a stock persona in American culture. We’ve all giggled at mall cops. In our town, the mall cops used to dress up in Canadian Mountie hats like Dudley Do-Right. And yet they are serious law enforcement professionals too, as we have seen in some of the more outrageous acts of mass violence during the past decade. In my home state of Oregon that includes the Clackamas Town Center shooting of a few years ago. Paul, what do you draw on in creating this character?

KJ: Initially, I drew on the stereotype of them as goofy. But then I thought about the fact that these security guards have basically the same job as regular cops but without any of the training or lethal weapons. It was inspiring to me. I was like, “These guys are really heroes” They’re doing more with less. That’s the key.

KW: Sangeetha Subramanian says: Hi Kevin! I’m a huge fan of your stand-up and on-screen work! Is your approach to comedy different for a family-friendly movie like the Paul Blart movies versus your other work?

KJ: They’re certainly different from The Grown-Ups films which aren’t dirty at all. But since I have four kids now, I try to gear my movies towards them, so we can sit down and watch them together. That’s what makes me feel good and drives me to create content for parents who desperately want to have a great time in the theater with their children as a family.

KW: Eleanor Welski asks: What’s the special place your song takes you to? I think she might be referring to your character, Paul Blart.

KJ: It takes him to a higher level, to hero status.

KW: The Harriet Pakula-Teweles question: With so many classic films being redone, is there a remake you’d like to star in?

KJ: Wow! That’s a good question. A movie I would like to do again is Planes, Trains and Automobiles. I love that movie. That’s the sort of movie I gravitate towards, one where you have an underdog who somehow overcomes the odds. I’m always looking for movies, and I would definitely consider a remake.

KW: Did you ever see Baby’s Day Out? That’s another great film by John Hughes.

KJ: I’m a huge John Hughes fan, but that’s one of his I haven’t seen.

KW: It’s every bit as funny as Ferris Bueller’s Day Off and Planes, Trains and Automobiles. And you can watch it with your kids.

KW: The “Realtor to the Stars” Jimmy Bayan’s question: What’s your dream locale in Los Angeles to live?

KJ: In L.A., I like Orange County. There also some beautiful spots in San Diego. And I was in Encino for a long time, and enjoyed that as well.

KJ: I’d say a manatee for several reasons. I don’t have long arms… I like to just float… and I eat a lot. [Chuckles]

KW: The Anthony Mackie question: Is there anything that you promised yourself you’d do if you became famous, that you still haven’t done yet?

KJ: On the red carpet, you’re always trying to watch and guide your way through these questions, while at home you free to just be loose and let your kids climb all over you, and you don’t have to throw any makeup on your face.

KJ: Wow! That’s a good question. That would be the question.

KJ: The possibility of bringing an unsung hero to the screen.

KJ: I have several different causes I support, but I don’t have one favorite.

KJ: This is gonna sound weird, but it would be the band One Direction.

KW: Would you be inviting them for yourself or for your kids?

KJ: I think it would be Under Armour.

KW: The Tasha Smith question: Are you ever afraid on the set anymore?

KJ: This is awkward, because I do have a superpower. I have a vertical jump of about 17 or 18 feet.

KJ: By going out with their families and enjoying Paul Blart 2 and the other movies I make.

KW: The Pastor Alex Kendrick question: When do you feel the most content?

KJ: When I’m at home with my family, just hanging out and watching a movie.

KJ: What’s in your wallet? My goodness! A little Pyle [GPS chip] to help me find it, because I lose it all the time. 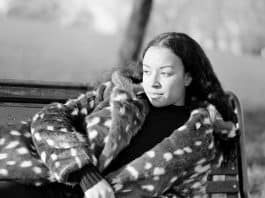 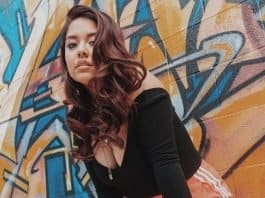 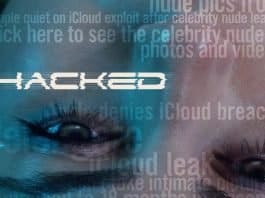 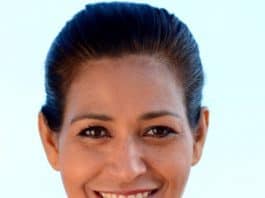 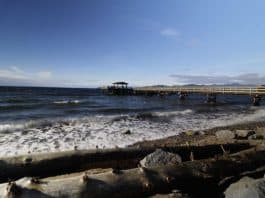 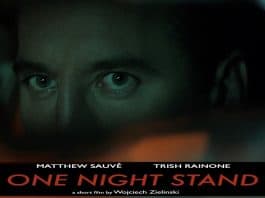 Matthew Sauvé Gets Candid on Producing and Acting in ‘One Night... 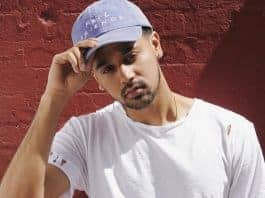