Kickin’ Back with K’Naan

Somalia. The name alone conjures up images of unbridled destruction, merciless warlords and ruthless terror. A place where nobody is safe from the atrocities of war, and where 8-year olds handle AK-47s like toys. When Forbes magazine recently unveiled their “Most Dangerous Destinations,” Somalia, above Iraq and Afghanistan, topped the list. But it’s also “The Nation of Poets,” where a poem can both inspire peace and end wars.

Growing up, it was both of these Somalias that informed musician/emcee K’naan Warsame, who is forging his own musical path via a unique blend of reggae, funk, pop, soul and, above all, hip-hop. Recorded primarily in Kingston, Jamaica at Bob Marley’s home studio, his second album, “Troubadour,” includes contributions by the likes of Damian Marley, Mos Def, Chali 2na, Kirk Hammett of Metallica and Adam Levine of Maroon 5. 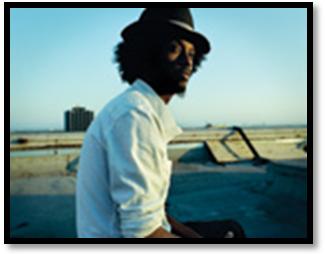 During his early childhood, the Western music which reached K’naan’s ears was pretty much limited to “Bob Marley and Tracy Chapman,” until at 10, he became fascinated by the hip-hop being emitting from a tinny car speaker. “I had heard a rap verse, but I had no idea what it was back then,” he recalls.

At 14, K’naan and his three best friends were attacked by warlords, just one of countless indelible images for the impressionable teenager. Having chased them through the streets of Mogadishu, eventually cornering the boys in an alley, the men began shooting. K’naan avoided injury, but his three friends were brutally gunned down.

Certain that it was only a matter of time before her family met the same fate, K’naan’s mother would travel daily through the firefight to the U.S. embassy in the hopes of securing visas for her and her loved ones. Despite daily denials, she persisted, and on the last day the U.S. embassy was in Somalia, received visas to leave for America.

“You can’t even describe it,” says K’naan. “It is the most sensational, liberating feeling. There was the weight of a world of hope on your shoulder that has suddenly landed. It was only then that I started to get this certain value of life that I never had before.” With little possessions and no knowledge of English, K’naan and his family boarded the last commercial flight out of Mogadishu for New York before settling in Toronto.

The tunes on Troubadour reflect the sum of K’Nasan’s life experiences. Having spent the better part of the last two years on the road, visiting over 50 countries from Slovenia to Peru to Vietnam to Uganda, the album is the sonic document of an artist with much to share, and disproves rap music’s detractors who say that hip-hop has nothing new left to say.

The CD’s first single, “Wavin’ Flag,” has become an international sensation, and was the official anthem of the World Cup Championship hosted this summer by South Africa. Reaching over 150 countries, the signature song was featured on K’Naan’s FIFA-sponsored Trophy Tour, which saw the emerging rap star spreading his message to soccer fans in concerts staged all around the world.

KW: Celia Chazelle asks, what was the inspiration for Wavin’ Flag?

K: I can’t remember specifically, it was just one of those moments when I had a melody in my head and a discontented, melancholy feeling. I just wrote that.

KW: Did it emanate at all from your childhood?

K: I think everything kinda’ does. Everything is kind of shaped by life in general, so I guess it does feel like my childhood might have been an influence. But those things are pretty subconscious.

KW: Do you still feel a strong connection to Somalia?

K: Yes, I have many, many memories which have impacted my life.

K: We used to have an open-roofed courtyard. My earliest childhood memory is of sitting around as a child looking up to the sky and dreaming while listening to poetry.

KW: Were you listening to a lot of American music while growing up?

K: You could live in Somalia forever and never need music from outside Somalia. There are a lot of different styles and a variety of musical ideas developing right there.

KW: FSU grad Laz Lyles asks, what did it mean for you to have Wavin’ Flag become the anthem of the World Cup?

K: I used to get very excited watching the World Cup on TV as a child. So, to have any kind of involvement with the World Cup is a big, big honor.

KW: Children’s book author Irene Smalls was wondering whether you’re a soccer fan and if you played soccer in your youth?**

K: Yes I am, and I did play, like most other children.

KW: *Author/filmmaker Hisani Dubose asks, how have you been received by the American hip-hop community?

K: Great! You can tell from what’s been happening for me. They’ve all been very supportive and showing love for what I do.

KW: Irene also asks, where do you think hip-hop is headed?

K: I think it will always go through phases, like how philosophy in ancient times would celebrate the body and the physical for awhile, then focus on the mind and the spiritual. I think that those phases happen to us as well, and hip-hop is one of the best barometers of what is happening, because it reflects the feeling of young people. I see my music as following the feeling.

K: [Chuckles] Interesting… I often try to find the face of my teenage years. I don’t know whether it’s like this for everybody, but I can’t find it.

K: It probably would be good if I cooked more, but I just don’t do it very often. When I do, I find it very enjoyable. I made a dish about a year ago. It was stir-fried vegetables with Szechuan sauce. I made it a little too spicy, I admit, but I think everybody enjoyed it, aside from all the sweating.

K: “The Story of Forgetting.” It’s a novel about Alzheimer’s.

KW: The Uduak Oduok question: Do you have a favorite clothes designer?

K: I probably do, because I know what I like, but I wouldn’t know who it is by name.

KW: Uduak also asks, “How do you think African music will influence the rest of the world in the coming years?” **

K: I think it’s actually already affecting the world in a big way now. People just aren’t aware of it. For instance, there’s a great tune by Coldplay called “Strawberry Swing.” It’s essentially Afro-Pop music. And most of Vampire Weekend’s music is Afro-Pop. Africa has influenced many of the biggest bands. So, I believe Africa has already crept in and changed music in the West. People just don’t know to call it African.

K: Wow! That would be for a sudden shift in my country from war, distrust and death to peace, love and harmony.

K: About a week ago on the road with my band when we were talking. It was just one of those things where we’ve been together so long, that a running joke that’s about five years-old could crack us all up for about an hour.

K: Yes I am, but not of what people ordinarily fear, fortunately. My fears are all internal. I’m afraid of my own self more than of anything external.

K: Happiness, I think, is one of the most elusive things on the planet. I believe that happiness is only appreciated in retrospect. So, I’m always happy, given that I later find out that I was.

K: By being understanding of the fact that I don’t make music for them, but that I make music that’s about my past and about my most honest internal instincts. They need to understand that more than anything else. Wherever I go, it’s not about them, but where the music takes me.

KW: What has been the happiest moment of your life?

K: The birth of my first son.

KW: The Zane question: Do you have any regrets?

K: I guess I do have some regrets, but none big enough to obsess about.

KW: Thanks again for the interview, K’Naan, and best of luck on your world tour.