Baptized John Christopher Depp, peripatetic Johnny Depp was born in Kentucky, raised in Florida, found fame in Hollywood, and now divides his time among his homes in Los Angeles and France and the island he owns in The Bahamas. The versatile actor has been blessed with an ability to disappear into the characters he plays, as was the case with his Academy Award-nominated performances in Pirates of the Caribbean and Finding Neverland,

Here, Depp discusses reprising his role as Captain Jack Sparrow, the tic-afflicted, androgynous protagonist of the Pirates of the Caribbean trilogy, a persona ostensibly inspired by the Rolling Stones’ Keith Richards.

KW: When you were filming the original Pirates of the Caribbean, some studio execs on the set were very upset, and complained that you were ruining the film. How do you feel about the fact that the character ended up such a hit and resonating with audiences everywhere? 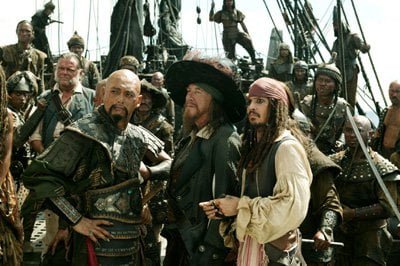 JD: People feel this very strong connection with Captain Jack. Seeing little kids dressed up as Captain Jack Sparrow and talking like him is amazing.

KW: What role did producer Jerry Bruckheimer play in allowing you to continue to portray the character as you envisioned him?

JD: Jerry is sort of the great protector. He stands there and wards off any and all evil spirits or concerned parties from getting to Gore [director Gore Verbinski], getting to the work, or touching any of the opportunities for capturing moments, which is what cinema is. Jerry stands there and just wards off all the weirdness. He’s the great protector. And the funny thing is, I think if anyone had anything really grave at stake during this whole mess at the beginning, it was Jerry. Talk about rolling the dice! He really rolled the dice. 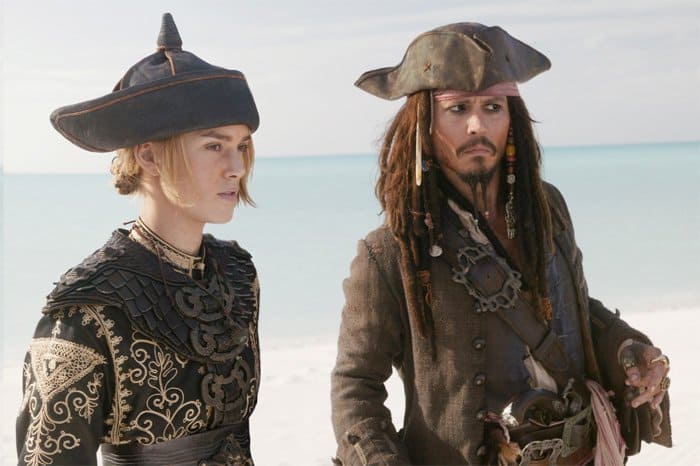 KW: And how was it working with Gore?

JD: Gore, I honestly don’t know how he’s able to be upright after all that he’s done, and also everything that he retains in his brain. It’s weird, but the truth of the matter is that, as an actor, you could almost not read the script at all, and just rely on Gore. He’d never steer you wrong. He knows exactly every point that needs to be made. He knows the dialogue. I think he has a photographic memory. He’s just a wizard, man.

KW: Where do we find Captain Jack as the movie opens?

JD: When last seen, Jack was swatting his way into the mouth of the Kraken [a giant, tentacled sea monster]. When we pick him up again in P-3, he’s in Davy Jones’ locker, which is kind of beyond the idea of Purgatory. It’s a Hell, and he’s surrounded by himself which I thought was a brilliant idea, the idea of taking this guy who’s not facing demons, but facing himself. The various sides of his personality… the fear… the extreme aggression… the lunatic… just having to meet all those various sides of your personality.

JD: It’s great to have Geoffrey back, and to have Barbossa back in this capacity. It’s what Geoffrey and I always wanted to do. In P-1 there was a whole lot going on, and we never really had all that much time to bicker between us. We got a bit in, but in this one, P-3, it’s like The Odd Couple. We’re like a couple of old ladies fighting over their knitting needles, or their space at the shuffleboard court or something. It’s fantastic!