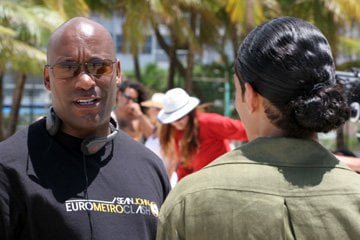 Boy from the hood John Singleton was born and raised right in South Central, Los Angeles on January 6, 1968. In 1992, the USC film school alumnus became both the youngest person and the first African-American ever to land an Academy Award nomination in the Best Director category for Boyz N the Hood. He also earned another nomination for the picture’s screenplay. 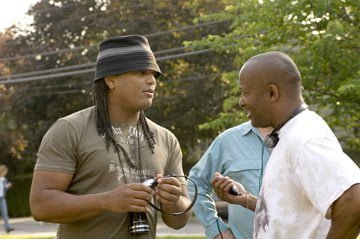 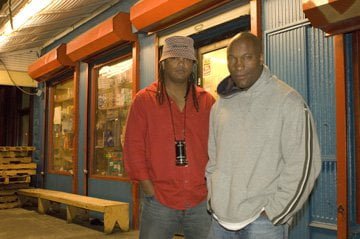 In 2003, he received a star on the Hollywood Walk of Fame. John has also enjoyed tremendous success as a producer, financing the independent feature Hustle & Flow (2005) which landed an Oscar for Best Song and a Best Actor nomination for Terrence Howard.

KW: John, thanks for the time.

JS: It was a great story. Franc Reyes pitched it to me, and I just thought it was a really cool project. That’s why I wanted to do it.

KW: Did you have any reservations about trying to tell a Latino tale?

JS: It’s not a Latino tale. Is Baby Boy a black story? You know what I mean?

JS: It’s really just a good story with a bunch of Latinos in it. And a lot of the Latinos in it look like us. So, it’s in keeping with what I do. It may be culturally specific, but everybody’s going to want to see it, because it’s the hot thing to see. It’s like how if you’re Jewish, you’ll go see Woody Allen’s earlier movies, like Manhattan, and you’ll really get it on another level. It’s like how with Baby Boy, people can watch it from afar, voyeuristically, and go, “Wow! I can’t believe people are doing that.” But if you know that culture, and you’re of it, you’re like, “Oh my God, that’s my cousin.” Or, “I’m like that.”

KW: Yeah, I think there’s a certain gravitas and authenticity to your films that make them feel a lot more realistic than most other examples of the ghetto genre.

KW: How was it shooting Illegal Tender in New York and Puerto Rico?

JS: It was cool. It was just great to be out there on the streets with all these people who added a lot of flavor. Puerto Rico was hot. The culture there is four or five hundred years old. They used to have real pirates of the Caribbean around that place.

KW: What’s it like for you when you’re on the set as a producer as opposed to a director?

KW: Are you itching to get back in the director’s chair?

JS: Yes, I’m about to direct a movie right now with Halle Berry.

KW: Halle’s already signed on and you’re making that movie before Luke Cage?

KW: What’s it about?

JS: It about a small town in Texas where all these black people were arrested and railroaded for drug-dealing.

KW: Oh, I remember that real-life case. They all were framed. It’s good that you’re telling their story, like another Rosewood. Are you worried about Illegal Tender’s R rating?

JS: Why would I worry about it?

JS: With this movie? Heck no, it wasn’t even a consideration.

KW: Has the backlash that brought down Don Imus influenced you now as you go about making movies?

JS: No, not at all. Why should that effect me?

KW: Well, when I’m watching a movie, and I hear someone refer to a black female as a “ho,” I definitely flinch and feel distracted and think about Imus’ remark.

JS: But why does it take Don Imus to make anybody watch what they say in terms of how they talk about their own people. I don’t give a damn about Don Imus. I think black people need to check themselves. He said what he said because he was trying to be hip and cool, and he learned that language from us. It wasn’t from a whole bunch of white people sitting around talking about “nappy-headed hos.” He got too familiar.

KW: Did you feel comfortable casting Rick Gonzalez and Wanda De Jesus, a couple of relative unknowns, as your leads in what could prove to be breakout roles for them?

JS: Yes I did. Look at my other pictures. That’s what I do. I use new people. And after I use them, they become stars.

KW: Like you did for Tyrese in Baby Boy. Now, he’s in blockbusters like Transformers. Is he attached to Luke Cage?

KW: What’s the plan for that picture?

JS: Well, we have a script, but we’re really trying to work it out with the studio. The studio hasn’t made a deal for it yet.

KW: Is there anything else I should be asking you about Illegal Tender?

I try to go to the next level, and I don’t think that a lot of African-American filmmakers are really doing anything interesting in film right now.

KW: Who’s Your Caddy? was certainly a big disappointment.

JS: There’s nothing but comedies, and I’m tired of all these black men in dresses. Every other movie has a black man in a dress, from the Madea movies to Norbit to Big Momma. How come nobody’s protesting that? They call them family movies, and nobody’s telling the little kids that it’s kind of different for a man wear a dress. I’m just saying that it comes to a point where, if that’s the only types of images they’re seeing, how is that informing upon black men in America? It’s as if all we can do is make people laugh and play basketball.

KW: What about the fact that you set so many of your movies in the ghetto?

JS: Nobody can get on me for making ‘hood movies because I’m from the hood. And I’m the only one who has made ghetto movies that are classy, and that inform upon what people are going through. My films are not just excuses to make a rap soundtrack. And they’re not these chitlin’ movies either. Baby Boy and Boyz N the Hood, as far as I’m concerned, are classics. Those movies have our relatives in them, and for better or worse, I’m showing a different side of reality, of how people are living. And I’m not doing it in a nihilistic fashion, showing dysfunctionality for the sake of dysfunctionality. I’m showing why things are this way.

KW: Yes, in your films, you find fully developed characters exhibiting a range of emotions and are held accountable for the consequences of their behavior.