NewsBlaze News
Home Entertainment Interviews Eva Mendes Talks About That Sex Scene: The ‘We Own The Night’...

Eva Mendes may have learned to live with the Hollywood label of Latina sex symbol, but that doesn’t necessarily mean that performing simulated sex acts on screen have come easy.

Following in the footsteps of countless stressed-out stars, and entering an alcohol rehab program, the Cuban-American star confessed that performing a certain sex act on screen in James Gray’s murky Brooklyn cop thriller, We Own The Night – for an attentive Joaquin Phoenix, who plays her loverboy in the movie – may have been the beginning of driving her to drink. Here’s that sitdown conversation with Eva, as she struggles to re-imagine that steamy, awkward encounter in We Own The Night, just out on DVD, and more. 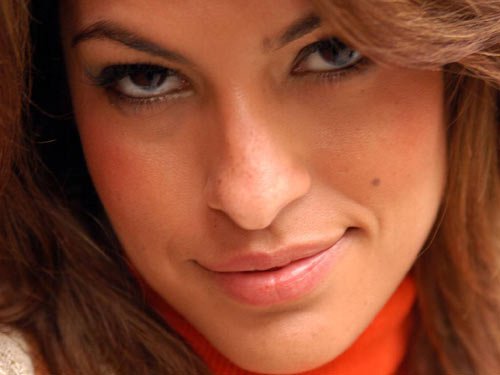 Usually there’s so much pressure on the set. You know, it feels like a time bomb is ticking, and that you’re constantly working against the clock. So that morning, I spent a couple of hours talking to Joaquin and James. I was talking in circles, trying to get out of it saying stuff like, would it really be necessary for me to this? And like any time anyone in this business says trust me, you kind of go ugh, and tense up.

Is that one of your more embarrassing scenes ever?

EM: Well, I would say Children of the Corn was more embarrassing. As a whole! It was just awful, awful, awful. Jesus, I actually think that it’s time to see that movie again. For like laughs! You know, to be like, look at how terrible that is!

But when you’re shooting a sex scene like that, you’ve got to learn to adjust. At times it would get very technical, with James telling you to move in a certain direction to get in the shot. So that did help to put some distance between me and the scene.

But what’s really difficult, is when you’re sitting there in the theater, and you’re watching it forty feet high. And you’re like, oh…my…God! Like it’s one of those things where you call your parents and say, come see it fifteen minutes late!

But it seems that sexuality is more taboo than all that violence in movies.

EM: Yes. I love being American, but I think it’s so hypocritical to be so anti-nudity in our films, and be so pro-violence. I’d rather see two people making love, than somebody being done in. Or being shot and getting their head blown off.

If I had a child, and I accidentally walked in on him seeing something, I’d rather he’d be seeing two people making love, than two people killing each other. We’re in such a violent country, that I’d rather… support sex!

What’s the worst part of being a sex symbol?

So do you favor the bad boy in a man, or what?

EM: I like edge with my guys. And I like good boys that are…sometimes bad! So I know exactly what I like. But I really do, at the end of the day, like a sweet, good strong man. With a little edge there!

This cop thriller We Own The Night is also very much about the club scene. Has that ever been your thing?

EM: You know, I don’t really like clubs. I’m not a club girl. And I realized that there wasn’t knowledge back then in the 1980s, about what all those drugs there can do to you.

You know, there wasn’t AIDS then. And there was an innocence to the drug intake, and to the partying. Now we know what’s going to happen. And we know what could happen if we have unprotected sex.

We Own The Night is also a very NYC movie. What turns you on about New York City, if anything?

EM: It’s like my second home. I can’t say enough good things about it. Where I stay, there’s a great bar downstairs. And the rooms are spectacular. I love it, that’s my place.

Now for Ghost Rider, you had some added boobage. Did that feel sexier, or not?

EM: It actually did, believe it or not. Because my bajungas were big. That’s the technical term! But yeah, it was really nice. It was like wow, this is cool.

The Cuban side of me came out. It’s the side of me that’s dying to come out. It’s like, let me out! C’mon, please. And I’m like, no. You stay in there, you Cuban lady!

EM: Once I was a taco for Halloween. I wore a taco suit that had lettuce coming out. Talk about not having qualms about anything!