I am talking today with Rocket Boy Homer Hickam author of several books along with the inspiring film “October Sky.”

How did Rocket Boys begin and what was your inspiration to build rockets which later lead you to become a NASA engineer?

It’s amazing that my memoir Rocket Boys continues to be so popular. I guess it’s my classic, the book I’ll always be remembered for. I’ve gone on to write ten more which have all been received well. Rocket Boys was actually my second book. Torpedo Junction was my first, a national best-seller that came out in 1989 and is still in print. Rocket Boys came about as kind of a fluke. I was asked to write a short article for Smithsonian Air & Space magazine and chose to write about my boyhood days building rockets while growing up in West Virginia. It was received so well, publishers started begging me to expand it to book length which I did. Now, it’s been published in a dozen languages, is read in almost every school system in the United States, and, of course, they made that movie October Sky based on it. 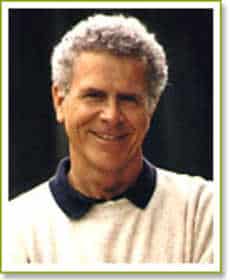 As for why I built rockets as a teenager, I was inspired by the beginning of the space race in the late 1950’s. I also wanted to impress my rather distant father who doted on my older brother, a football star. Rocket Boys has lots of themes and it seems every reader gets something different from it.

Also share with me a little about what type of engineering you did for NASA?

Most of my career with NASA was as a crew training manager which meant I trained astronauts to operate science payloads while in orbit. As I like to say, I had an easy job since astronauts already know everything (or think they do). Periodically, I also helped design spacecraft and space payloads.

I see that you have written several books, I would really like to hear more about your latest book, Red Helmet and what made you come up with the idea for the story?

I’ve never allowed myself to get stuck in one book genre. I’ve written naval history (Torpedo Junction), memoirs (Rocket Boys, The Coalwood Way, Sky of Stone, and We Are Not Afraid), science fiction (Back to the Moon), historical fiction (The Keeper’s Son, The Ambassador’s Son, and The Far Reaches), and now romantic adventure with my latest book, Red Helmet. Publishers don’t really like for their writers to be so genre eclectic since they believe it confuses the readers. But I figure if I’m passionate about whatever I’m writing about, my readers will be, too. So far, that’s worked out. I don’t really know where my stories come from. I guess I just thought it was time to write about a rich, beautiful New York City woman who marries a handsome coal miner and ends up working in the mine herself. It’s romantic, adventurous, and a bit of a mystery story. Quite fun to write and I’m told fun to read, too.

Are there plans to make Red Helmet into a feature film?

Yes, it is in what is called “Development Hell” which means a script is being prepared. We’ll see what happens next. An author is usually the last to know what’s happening to his book in Hollywood.

Tell me what it was like to grow up in a coal mining town and do you ever go back for visits?

I loved growing up in Coalwood, West Virginia. For one thing, it would ultimately provide me a rich heritage and some very interesting people to write about. I go back once a year to support the annual October Sky Festival. I spend the day mostly signing books for the many visitors. Coalwood is only a shadow today of what it was when I grew up there. The mine is gone and most of the people, too. Still, the town is proud of its history and I will always support it as best I can.

Why was the original title “Rocket Boys” changed to an anagram titled “October Sky” and who came up with idea?

The short answer is Universal Studio marketing people thought the original title wouldn’t appeal to women. October Sky is an anagram of Rocket Boys. Try moving the letters around and see. I frankly did not like this change. I think October Sky is a bit insipid as a title but I got overruled.

Do you have plans to make appearances and schedule book signings?

I give speeches about six or seven times a year through my lecture agency, Greater Talent Network. I don’t have time for much more. I try to make “An Evening with Homer Hickam” as much fun as possible by telling stories of life growing up in the coalfields. The audiences respond enthusiastically with lots of laughter and good feeling. I also go out on book tour when necessary. I have two books coming out in 2010 so I’ll see everybody on the road!

One last question, I’ve heard that you enjoy dinosaur hunting, tell me a little about that?

My next novel is titled “The Dinosaur Hunter” and is set in the Montana ranch lands where I go every summer to hunt dinosaur bones. The people who live out there are fascinating and I’ve formed an attachment with them. The dinosaurs are also wily beasts but I’ve had good luck tracking them down. I’ve been credited with finding two Tyrannosaurs so far along with numerous other types of dinos.

I would like to thank Homer for the wonderful interview.

To find out more information about Homer and his writings: go to: www.homerhickam.com