One on One with TV One’s Media Mogul

Catherine Elizabeth Woods Hughes was born in Omaha, Nebraska where she attended Creighton University and the University of Nebraska. But before graduating, she began working at KOWH, a local black radio station where she handled assorted jobs en route to becoming well-known in the industry.

After a stint as a lecturer at Howard University’s School of Communications in Washington, DC, she became sales director at WHUR-FM in Washington, DC. By 1975, she was named the radio station’s general manager, and four years after that, she and her husband, Dewey Hughes, purchased a small radio station, WOL, thus creating Radio One.

When the marriage failed, Hughes purchased her husband’s half of the business, giving up her apartment and sleeping at the station in order to make ends meet. Over time, she turned it into a profitable operation, while going on the air herself to host a talk show which would blossom into a hit program. By subsequently purchasing radio stations in other cities, Radio One eventually became the nation’s largest black-owned chain. 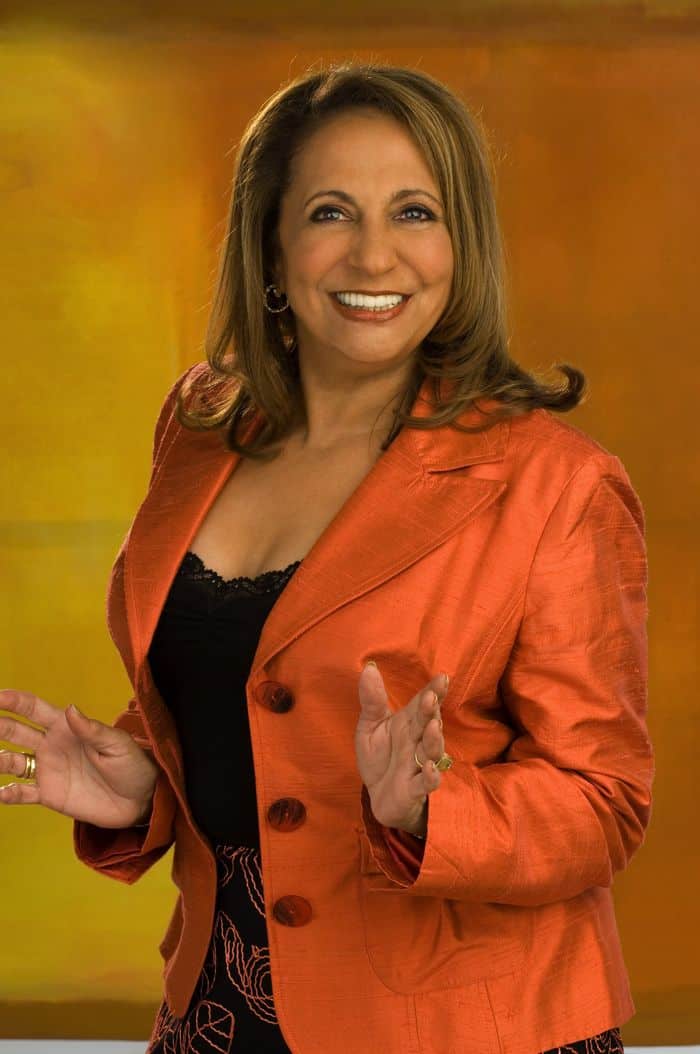 In January of 2004, Hughes launched TV One, a television network targeting African-Americans that offers a broad range of lifestyle and entertainment-oriented programming which respects its audience’s values and reflects its intellectual and cultural diversity. Today, the popular media mogul is the first black woman in the U.S. to head a company whose stock [Symbol: ROIA] is publicly-traded on an exchange.

Here, Cathy talks about her career, about TV One which is celebrating its 5th year anniversary, and about hosting the celebrity interview show TV One on One. 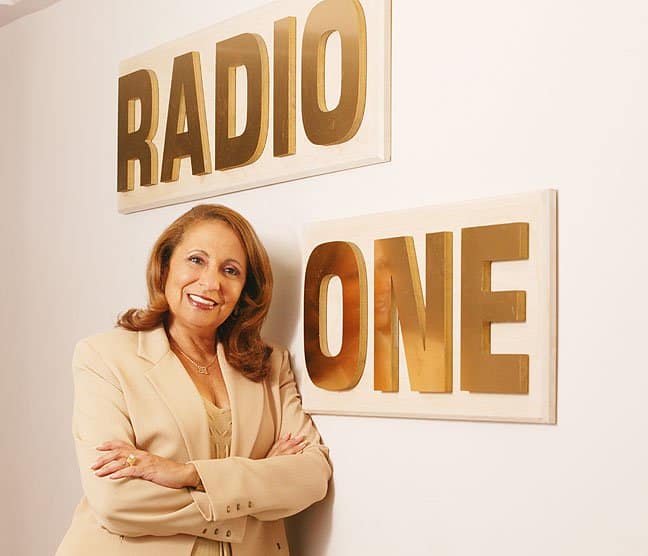 KW: Thanks for the time, Cathy.

KW: I know you were born in Omaha, Nebraska, but tell me a little more about your childhood and how you got started in the business.

CH: I grew up in the projects. At the age of 8 my mother brought me a transistor radio, and that’s when I fell in love with radio. I used to lock myself in the bathroom and then pretend that my toothbrush was a microphone and do commercials and the news every morning before I left for school.

KW: When I think of Omaha, I automatically think of Gabrielle Union, who is the only other black person from there I’ve ever interviewed.

CH: Guess what? Gabrielle’s mother, Theresa, and I were best friends all through our childhood. We thought we were blood sisters. Gabrielle’s grandmother was my godmother, and I lived with the Union family for a few years because my mother, Helen, travelled a lot as a musician. They used to dress us alike and they sent us to the same school and we did everything together. Years later, when Gabrielle first started her career, I was very impressed with her, but had no idea she was Theresa’s daughter until the day I got a call from her mother saying, “I just want to thank you for recommending Gabrielle for that magazine cover.” I asked her, “How do you know Gabrielle Union?” She said, “Fool, that’s my daughter.” I was like “Get out of here!” because I hadn’t put two and two together since her mother has a different last name, Glass. She still uses that. It’s been wonderful watching Gabrielle’s career take off. And even after she got big, she’d come to the station and refer to me as her Aunt Cathy. But before you get to Gabrielle Union, don’t forget that Malcolm X was born in Omaha. 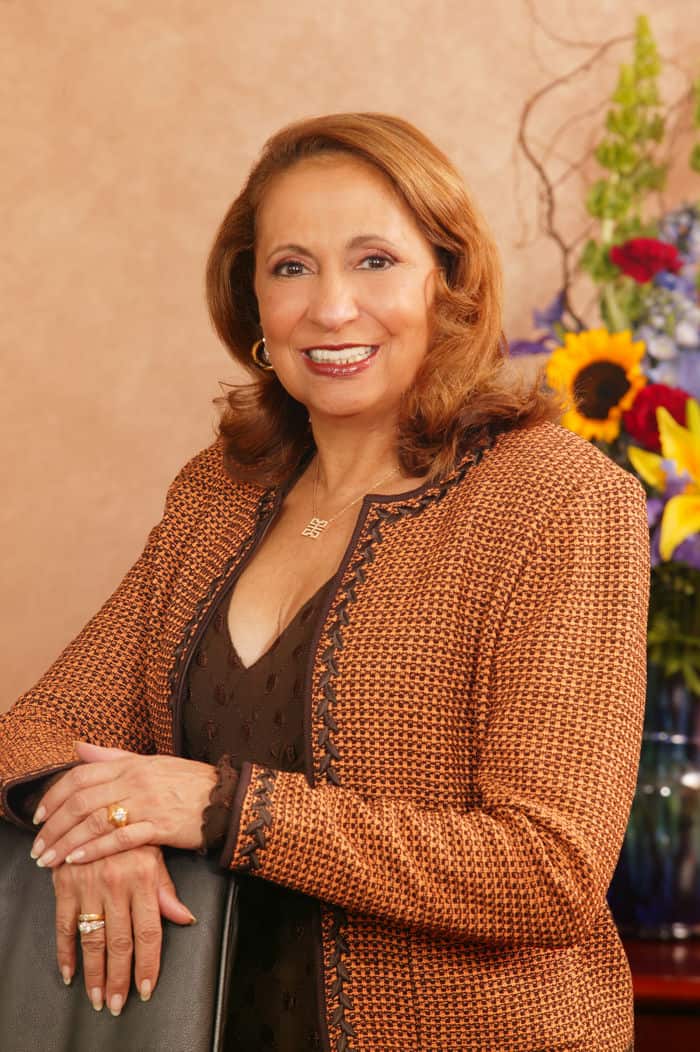 CH: Also Gayle Sayers, Bob Gibson and Heisman Trophy-winner Johnny Rodgers. You have to realize that black people are about 20% of Omaha’s population, and that everybody knows just about everybody else when you’re out in the country in a farming state like Nebraska.

KW: How did you get your start in radio?

CH: I was working for the Affirmative Action arm of the Ford Foundation in a program called Project Equality. I became a volunteer for the group of investors who got a grant to start Omaha’s first black radio station. That’s really how I got my foot in the door in radio.

KW: Eventually you moved to in Washington, DC, and met and married Dewey Hughes, and were co-owners with him of WOL. He was played by Chiwetel Ejiofor in Talk to Me, the bio-pic about radio DJ Petey Greene. How did you feel about not being mentioned in the movie?

CH: I knew Petey and did marry Dewey, but I wasn’t on the East Coast during the era that the Petey Greene story covered. I hadn’t met either of them yet.

KW: You’re multi-talented, working both on the air and as a businesswoman and the brains behind the operation. How do you primarily see yourself?

CH: As an entrepreneur. 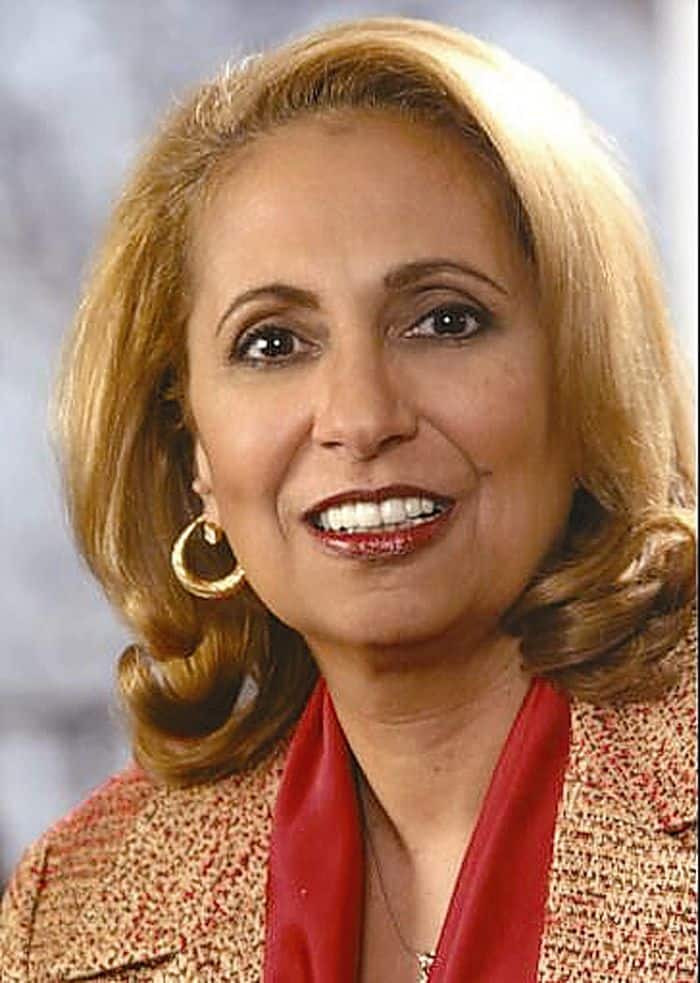 KW: Well, today, you’re sitting atop a media empire, so may I say congratulations on the fifth anniversary of TV One.

KW: How would you say your company is different from BET?

CH: Well, we’re interested in an entirely different demographic. We’re 30 and over. BET is younger. We have a mandate: no music videos. They’re teen-oriented and have built their legacy on music videos. We are more of a family network. We try to have a little of something for everyone, content that parents can enjoy with their children, and that grandma and grandpa can enjoy also.

KW: How would you describe TV One’s mission?

CH: To present a positive and correct representation of who we are and what our culture is all about.

KW: I read that you’re feuding with former BET owner Bob Johnson over his plans to launch another black TV network.

CH: A feud doesn’t even exist. It’s all just hype in the press. Me and Bob have been hanging out and breaking bread together. He sent Alfred [TV One Chairman Alfred Liggins] a letter, not me, and Alfred called him up and they had a big laugh. So, there is no feud.

KW: How do you account for all your success?

CH: I don’t account for it yet. I’m a work in progress. I think many people prematurely declare themselves successful. To me, success is judged on your final day. If you’ve helped more people then you’ve hurt, then I think you’ve had a successful life.

KW: How would describe TV One’s business approach to television studios and production?

CH: I think the wave of the future in television will be in outsourcing your studio needs. The days of seeing a BET soundstage that’s basically sitting empty on New York Avenue in Washington, DC are over because all of that equipment can be taken to the junkyard since it’s outdated. Nowadays, if you buy something in January, by May it’s obsolete. Technology is moving so rapidly that it’s not a wise investment at this time, although at some point it may hit a plateau and studios may once again become in vogue. The big boys can afford it, but the best approach for a small operator like us is to outsource our production to other facilities.

KW: Where do you hope to see TV One five years from now?

CH: Our goal is to have 100 million households by then. We’re already halfway there, which is pretty astonishing in such a short time. In addition, we’d like to have some additional channels like other networks. The cable industry did a disservice by having BET as the only black cable network for 25 years.

CH: That’s exactly the opportunity we want. It’s time for the cable industry to change to also allow cable owners of color to have multiple stations comparable to what those networks have. It’s been documented by research that black viewers are the cable industry’s most loyal viewers. Black folks deserve alternatives, options and variety because we are not a monolithic community.

KW: True. I don’t know if you ever heard of St. Albans. I grew up there back in the Fifties.

CH: Absolutely! That was THE community. I have a girlfriend from there also. KW: You had plenty of black professionals: doctors, lawyers, bankers, and accountants, as well as pro athletes and entertainers.

CH: Yeah, I am very familiar with that neighborhood. That’s where Jackie Robinson, Count Basie and everybody lived back in the day.

KW: I have a picture of me with Jackie taken by my father when I was a child. The reason I brought St. Albans up is as an example of an upscale black community that would have little use for most of BET’s programming. As the owner of Radio One, how do you feel about the federal legislation, HR 848, proposing to charge radio stations to play records?

CH: I am opposed to it, because it could put many black-owned radio stations out of business and force others, like ours, to abandon their commitment to provide free music, entertainment, news, information, and money-losing formats. It would force us to stop subsidizing gospel and black talk. My bill would be roughly a million dollars a month. With that money, I’d rather hire back the hundreds of employees I’ve had to lay off lately.

CH: I’ll have to think about that. That’s a good one. If I come up with a question, can I call your back?

KW: Sure. Teri Emerson would like to know, when was the last time you had a good laugh?

CH: This past weekend at Timothy Dean’s lounge in D.C.

KW: Are you ever afraid? I got that from Tasha Smith?

CH: Really? The answer to the question is yes, because although I’m an entrepreneur, I’m also a performer, since I host a show on TV. I think that talent who has to go before an audience is only good if they are scared. I think fear motivates us to be better this time than we were last time. If you don’t have a certain level of anxiety, I don’t think you can push yourself to be better.

CH: My mother Helen’s my shero. She was a very accomplished musician, a jazz trombonist with the International Sweethearts of Rhythm, who became a nurse and later entered college for the first time in her Fifties. And she got her master’s degree to become a social worker. She really, really, really showed all four of her children that you could achieve whatever you make up your mind to do. Other then her, my shero would be Oprah. I think it’s wonderful how Oprah uses her resources to better humankind.

KW: Well, thanks again Cathy, and I apologize if I came off as rude for insisting that I be able to interview you, personally, and refused to settle for one of your assistants about TV One.

KW: No, the honor was all mine. Thanks.

To see a tribute to Cathy Hughes,