Ava DuVernay has worked in the world of film as a marketer and publicist for more than 14 years, forming DVA Media + Marketing in 1999. Her award-winning firm has provided strategy and execution for more than 80 film and television campaigns for acclaimed directors such as Steven Spielberg, Clint Eastwood, Michael Mann, Robert Rodriguez, Bill Condon, Raoul Peck, Gurinder Chadha and Reggie & Gina Bythewood. 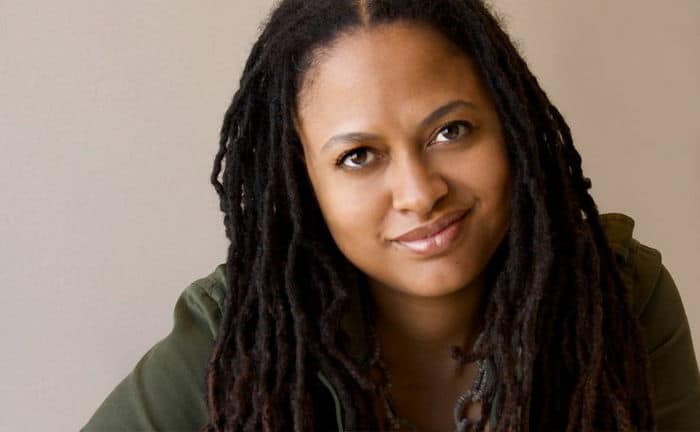 Here, she talks about her skyrocketing second career.

Ava DuVernay: Thanks, Kam. I always love talking to you. I’ve been good and busy!

AD: Appreciate that. It feels wonderful. I’ve wanted to direct for a long time, so working full-time as a filmmaker this year has been a dream come true.

KW: Tell me a little about each of them. 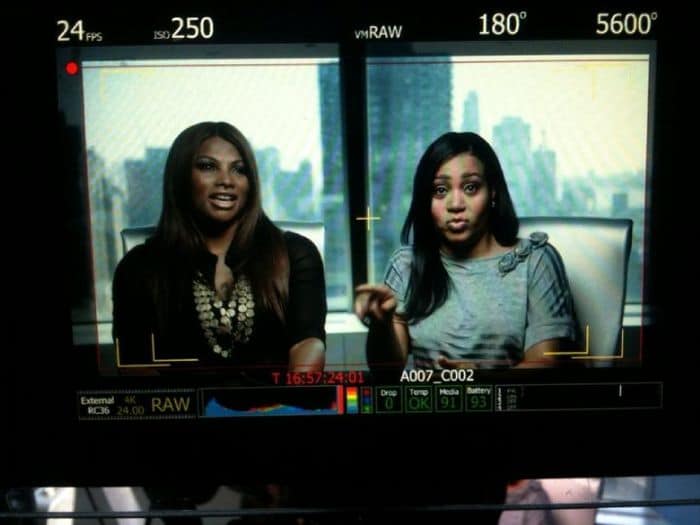 And finally, the third film is another documentary that I’m directing for Essence about two New Orleans women who have overcome tragedy and adversity after Hurricane Katrina and its tragic aftermath. These women are truly breathtaking in their strength and faith. Look for that doc, currently entitled Essence Presents: Faith the Storm in October on TV One.

KW: Which one has been your favorite to shoot?

AD: Oh wow. That’s like asking me to pick between my children. I’d say “My Mic Sounds Nice.” Sitting down and interviewing all those talented women artists, plus the excellent panel of experts, academics and journalists, was a rare treat.

KW: Which one was the most challenging?

AD: I’d say the Essence Music Festival, only because the Louisiana Superdome, where the concerts take place, is so massive. There are so many moving parts. So many acts and artists. The logistics were challenging, but the experience I wouldn’t trade.

KW: What’s up next for you?

AD: Next, I’m putting the finished touches on a narrative film I wrote and directed called “I Will Follow.” It’s an indie drama, starring Salli Richardson-Whitfield, Omari Hardwick, Michole White, Tracie Thoms, Dijon Talton and Beverly Todd. The film makes its world premiere as the official Closing Night selection of the Urbanworld Film Festival in New York this September.

KW: You are among a small group of working black women filmmakers in Hollywood. What are your thoughts on the dearth of black female directors?

AD: I think it’s a wonderful time to be a black woman who makes films. It’s a good time to be an artist period. Traditional models of making and consuming art are breaking down and being rebuilt. I find that to be incredibly exciting as a filmmaker and film marketer. Then, you add being a black woman to that? And to be among all the amazing sisters who are telling stories right now is phenomenal. You have the vets like Cheryl Dunye, Kasi Lemmons, Julie Dash and Gina Prince-Bythewood. Plus now, I’m happy to be amongst a new crop of sisters who are all making their first feature films independently right now. Dee Rees, Tina Mabry, Tanya Hamilton, Nzingha Stewart and Victoria Mahoney. It’s a beautiful time for us, in my opinion. I prefer to embrace this moment as a moment of empowerment, instead of moaning about the lack of this or problems with that. I’m making and marketing my films, by any means necessary, and enjoying life while I do so.

KW: You have a rare skill set, being an experienced marketer who has worked on major studio campaigns for movies like Dreamgirls and Invictus. How are you applying those skills to your own films?

AD: When I’m marketing a film, whether its mine or someone else’s, I work with a great deal of strategy and elbow grease until the job is done. It’s pretty simple really. I just dive in and start digging. Yes, I’m fortunate to know the in’s and out’s of a true studio-level marketing campaign. But really, anyone who is diligent and well-researched can pull it off too. Its easier for me, but it doesn’t make it impossible for others. Filmmakers need to realize that their job isn’t done when they lock picture. We must see our films through. Studios no longer do this for a large percentage of films. The odds that your film will get a major campaign are dim these days. So you must find and nurture your own audience and make sure your film has a life. Filmmakers must learn this now, just as they learn to work with the camera or the actors. I find the marketing part of the process fun and fascinating. But I realize it’s a challenge for others, so I’m actually building a business model to assist black independent filmmakers get their films into theaters, identify and speak to their audience. I’ll be talking more about that in a few months and I’m very excited about the possibilities.

KW: We’ll look forward to hearing all about that. Is there any question no one ever asks you, that you wish someone would?

AD: Hmmm. I always find it fascinating to ask people, why they’ve chosen to live their life as an artist? Why be an actor, a singer, an author, a filmmaker? I’ve heard such inspiring answers to that question.

AD: Good health and safety for my loved ones.

AD: Wow! Good question. I see a woman who is happy. Truly, it’s a very happy season for me at the moment.

AD: I remind myself that whatever is happening was meant to happen to me, at that particular time, for a specific reason. That it is meant to be, and that all will be well.

AD: Be passionate and move forward with gusto every single hour of every single day until you reach your goal.

AD: Just that people can follow what’s happening with the films I’m working on via Twitter @AVADVA.

KW: Thanks again, Ava, and all the best!

AD: Thank you, Kam, for the interview. I appreciate it a lot.

To see a trailer for My Mic Sounds Nice, click play: