“El Vacilon del Mandril” with popular Mexican radio host Ricardo Sanchez, also known as “El Mandril,”* has been a hit show since its launch on KLAX 97.9 FM La Raza in LA and KRZZ La Raza 93.3 FM in San Francisco. With his unique style and personality, “El Mandril” has entertained listeners and his popularity has grown as a result of his interaction with popular guests and friends on “El Vacilon del Mandril.” One such guest, the ever loveable “La Dona,” has helped the show’s popularity skyrocket.

“This country has given me the opportunity to make my mark on KLAX 97.9 FM in LA and KRZZ 93.3 FM in San Francisco to strengthen my career in the States. I want to give my listeners the best radio entertainment available now in Chicago,” said “El Mandril.”

“Ricardo has developed a great listener base in Los Angeles and San Francisco. We’re thrilled to introduce him to the Chicago market,” said *Joe Mackay, General Manager of WLEY-FM for Spanish Broadcasting System* “We’re certain that Chicago’s Spanish-language listeners will appreciate his humor that will keep them entertained every weekday afternoon.” 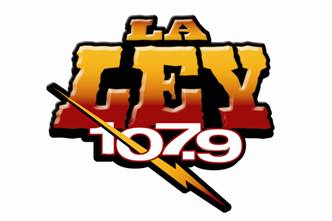