Sissi Fleitas began her professional entertainment career in Cuba at the early age of four years old. At 15, she began her television career on the TV show “Sabado Conmigo” airing on Cubavision. In 1998, Univision gave Sissi a spot on the show “Sabado Gigante.” For more than eight years, Sissi’s talent, beauty and versatility have been admired in more than 100 million households every Saturday on “Sabado Gigante,” making her an international celebrity. 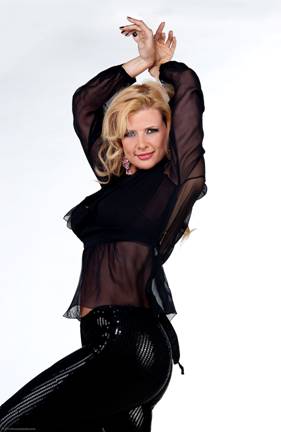 “The Mega TV family is pleased to welcome Sissi Fleitas to ‘Esta Noche tu Night.’ Sissi meets all the qualities we look for in a true entertainer with her amazing acting and dancing talents,” said Eduardo Suarez, Vice President of Programming Production at Mega TV. “We look forward to seeing what she brings to the ‘Hot Seat’ on the best comedy show on Hispanic television.”

“Esta Noche Tu Night has become one of my biggest challenges yet, but I’m loving every minute of it. This is a huge opportunity for me and I’m beyond thankful to have the chance to host this incredible show once a week. I want to thank the writers and producers at Mega TV and everyone that is part of this great show,” expressed Sissi Fleitas.

In addition to her popular television career, Sissi writes a weekly beauty, education and motivation column titled “SISSI’s Secrets,” since 2008. The weekly column has a readership of six million readers in the U.S and abroad. At the end of 2008, she launched her own online store www.sissishop.com featuring a wide range of specialty products. She also has an official webpage, www.sissi.tv entertaining more than 40,000 fans every month.

In Puerto Rico, the broadcast frequency for the over the air signal via a converter box will be Channel 14.1. Cable and satellite users can watch Mega TV on Choice Channel 16, Liberty Channel 45, OneLink Channel 60, DIRECTV Channel 169 and Dish Network Channel 60.