WE SPOTTED Jaira Valenti, known for her role in The Hangover, going into Tutu Kids in Beverly Hills today.

We asked her what she was going to buy, and she told us she was getting a pair of Swock- (something) ar- (something) ski Crystal Converse for her daughter. Very nice too.

Our trendy editor told us Jaira must have said a pair of Swarovski Crystal Converse. They are, apparently, very, very exclusive. Just as exclusive, in fact, as the tattoo on Stu’s face in The Hangover, which he got on ‘that’ night out. 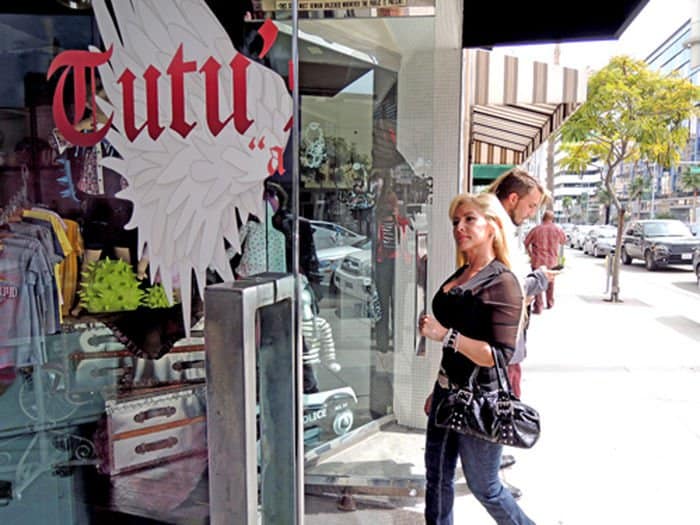 (By the way, are we the only ones who didn’t think those drunk guys were really that funny?)

TIDBIT – Apparently, the artist who gave Tyson his ‘exclusive’ face tattoo is suing the producers of The Hangover for copyright infringement. If successful, this will not only include a whopping pay-out, but also stop any further distribution of the movie. So it’s fingers crossed for the tattoo artist!