It was announced this week that the sizzling hot actress Gia Skova will take on one of the lead roles in the thriller movie production “Heart Stopper,” to be produced by the writer/producer Michael Z Gordon for Americana Films and My Own Worst Enemy Productions.

Expected to commence filming this Summer in Los Angeles and Vancouver, Gordon, the Executive Producer of the highly acclaimed, “Narc” starring Ray Liotta and Jason Patric, said he would like to bring in Liotta for the male lead in “Heart Stopper.”

UK writer/director Mike Le Han will direct the thriller script “Heart Stopper,” a story that all too often becomes reality when the protagonist, a business man, is trapped in a loveless marriage. Miserable and lonely, he embarks on an affair with a sultry flight attendant. Living in a fantasy world, thinking he’s found the perfect girl to spend the rest of his life with, the protagonist’s one indiscretion draws him into the worst possible nightmare.

Dominique Swain, who starred beside John Travolta and Nicolas Cage in “Face/Off,” will join forces with actress Serena Lorien to take on the roles of Kaycee and Rubekah for this heart stopping production.

Written by Michael Gordon, LA’s screenwriter/script consultant Dan Guardino added, “I enjoyed working with Michael on Heart Stopper. It’s an intriguing crime-thriller, one of my favorite genres to write and watch. It’s always a pleasure to collaborate with Michael, and our latest project, Mirror Maze, is another thriller destined to walk in the footsteps of Michael’s box office hit Narc.” 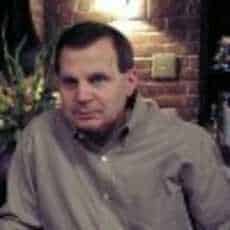 Michael Z Gordon’s list of award winning credits carry from 1994 with “Pulp Fiction” directed by Quentin Tarantino, to “Narc” in 2002, “Mafiosa” 2007, “Wild Ride” in 2010, and “Something in the Water” – the thriller production due for release in 2013. After a virus has kept the producer Michael Gordon in limbo for the past twelve months, the production of “Heart Stopper” is destined to see all hearts racing once again.