Titanic director and Academy winner James Cameron Sinking Christianity as we know it – at the very least shaking its foundation. From resurrection to ascension and married with children, tenets of the Christian faith are looked at with a new gaze.

Los Angeles, CA (rushprnews) – The Talpiot Tomb could be soon the most famous holy relic in the Christian empire. Canadian Titanic director James Cameron and filmmaker archeologist Simcha Jacobovici have set to prove that it once held the remains of Jesus of Nazareth and his family. The evidence and interpretations of the artifacts will be presented in a documentary “The Lost Tomb of Jesus” on the Discovery Channel March 4th on the Discovery Channel at 9 p.m. ET/PT. 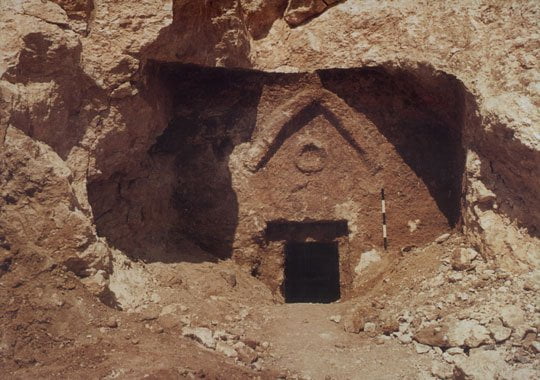 According to a Discovery Channel press release, “scientific evidence, including DNA analysis conducted at one of the world’s foremost molecular genetics laboratories, as well as studies by leading scholars, suggests a 2,000-year-old Jerusalem tomb could have once held the remains of Jesus of Nazareth and his family. The findings also suggest that Jesus and Mary Magdalene might have produced a son named Judah. “The tomb was unearthed for the third time in 1980 as construction crews blasted for new apartments in the town of Talpiot, a suburb south of Jerusalem.

In the demolition, children discovered a low door with a symbol over it, an inverted “V” with a circle at its base, which has been associated with early Christianity. The Discovery Channel stated the evidence could be the “greatest archaeological find in history.” Cameron disputes the claim that his film is a blow to two of the most important tenets of Christian faith, resurrection and ascension.

It is a matter of Christian faith that Jesus of Nazareth was resurrected from the dead three days after his crucifixion circa 30 C.E. This is a central tenet of Christian theology, repeated in all four Gospels. The Lost Tomb of Jesus does not challenge this belief.

In the Gospel of Matthew (28:12) it states that a rumor was circulating in Jerusalem at the time of Jesus’ crucifixion. This story holds that Jesus’ body was moved by his disciples from the tomb of Joseph of Arimathea, where he was temporarily buried. Ostensibly, his remains were taken to a permanent family tomb. Though Matthew calls this rumor a lie circulated by the high priests, it appears in his Gospel as one of the stories surrounding Jesus’ disappearance from the initial tomb where he was buried.

Even if Jesus’ body was moved from one tomb to another, however, that does not mean that he could not have been resurrected from the second tomb. Belief in the resurrection is based not on which tomb he was buried in, but on alleged sightings of Jesus that occurred after his burial and documented in the Gospels.

It is also a matter of Christian faith that after his resurrection, Jesus ascended to heaven. Some Christians believe that this was a spiritual ascension, i.e., his mortal remains were left behind. Other Christians believe that he ascended with his body to heaven. If Jesus’ mortal remains have been found, this would contradict the idea of a physical ascension but not the idea of a spiritual ascension. The latter is consistent with Christian theology.

The evidence will be revealed Monday, February 26th at 11 am at a press conference in a location kept secret for security reasons.