The last few weeks Chinese hackers have been hacking US Media companies including The Wall Street Journal, The New York Times and The Dow Jones & Co. Twitter is now the latest victim of being hacked. According to a blog post from Twitter, about 250,000 accounts were compromised.

This week, we detected unusual access patterns that led to us identifying unauthorized access attempts to Twitter user data. We discovered one live attack and were able to shut it down in process moments later. However, our investigation has thus far indicated that the attackers may have had access to limited user information – usernames, email addresses, session tokens and encrypted/salted versions of passwords – for approximately 250,000 users. 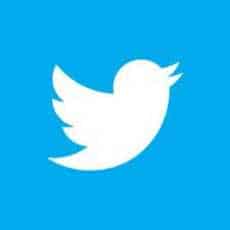 As a precautionary security measure, we have reset passwords and revoked session tokens for these accounts. If your account was one of them, you will have recently received (or will shortly) an email from us at the address associated with your Twitter account notifying you that you will need to create a new password. Your old password will not work when you try to log in to Twitter.

While Twitter didn’t identify the source of the attack, it called the hackers “extremely sophisticated,” and added “we believe other companies and organizations have also been recently similarly attacked.”

Now is the time to change your twitter password and review the strength of all the passwords you use. Be sure to make your password long enough and complex enough that a hacker can’t just run a dictionary attack on your account and start masquerading as you.