NewsBlaze News
Home Business Legal What Are the Key Ingredients of Durability to the ‘Honeymoon Killer’ Case?

Like everyone else, I heard about Gabe Watson’s recent return to the U.S. from Australia. Gabe was immediately arrested in Los Angeles and will be extradited to Alabama to face two counts of capital murder. Knowing full well that this case has been on the books for something like seven years, I began to question why the public was so infatuated with what has been dubbed ‘The Honeymoon Killer’ case.

I started with some digging to see what I could come up with. I read lots of archived articles on the internet and watched the few videos, that are still made available. What I’m about to tell you now does not comprise a retelling of The Honeymoon Killer story, but rather the reasons why this story will stand the test of time. The key ingredients of durability in this sordid saga are so obvious to me, so overwhelming, that motivation rises to the surface in a millisecond and you share instantaneously in the excitement. 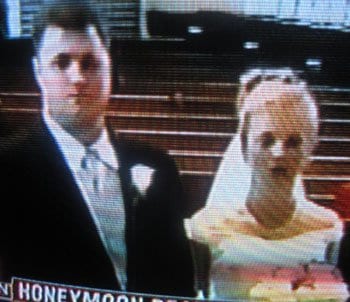 Good writing on The Honeymoon Killer is plentiful. I will steer you in the right direction as a postscript to my outline. Even though many commendable articles have been written, I wondered why a major book has not yet been penned. Then I found out about Honeymoon Dive by Lindsay Simpson and Jennifer Cooke. But the Thomas family has been angered by the release of the book, since it uses what I call the ‘diver photo’ for the cover.

I’m anxious to get a gander at Honeymoon Dive, but I suspect this will not be the last book written on Gabe Watson and Tina Watson. I’m driftwood, let me cut to the chase. As our time vessel meanders from its dock, 22 October, 2003, the day of the diving accident in the Great Barrier Reef of Australia, frenzy only escalates. That is, public interest simply grows and grows, Why is this so?

There are hundreds of facts about Gabe Watson, even going back to when he first started dating Tina, that are charged with controversy and suspicion. I will merely point out maybe a half-dozen of these magnetic rocks of lava, then set you free to dig for yourself, fossils of culpability that are skeleton cloaks in the closet of Mister Watson.

The first example that is a splash of chilly water in your face is the beautiful nautical setting of dubious events, at the great Barrier Reef, Townsville, Queensland, Australia. More specifically, the scene is set during an excursion on the dive boat Spoilsport, which in turn would go to the site of the SS Yongala, a passenger ship that had sunk there in 1911. It’s as if Gabe had planned this whole thing out, even before he got around to proposing to Tina. No amount of investigation will stray your thoughts from this postulation.

The levels of perceived premeditation are an o’erflowing cornucopia of nefarious connivance. The fascination comes from its mere intuitive revelation, not from a wealth of ostensible proof, but rather from a plethora of circumstantial evidence that paints a picture of a bad boy out to kill his wife for a small sum of money. But is there something else behind this? It would seem so. Maybe Gabe just wanted to see if he could pull off a the perfect crime.

A second example is the interviews that Gabe had with Australian detectives right after the ‘accident.’ These interviews were videotaped and I have watched portions of them, glued to the screen with fevered piquancy. The answers that Gabe gave, as far as what happened to Tina down on the ocean floor, can be broken down line for line, and tested for there veracity. And this is exactly what the Australian detectives did. The lies that Gabe told were countered by the investigators word for word.

The ways in which the Alabama authorities, who are assuming this case, can prove that Gabe was lying are innumerable. They must rely on these transcripts. One problem I can see with Gabe’s entire scheme, is how would he explain away this incident, in such a way that it would look like a real accident. Gabe failed to iron out all the tentacles of his plot before he left on his honeymoon to the Land Down Under. 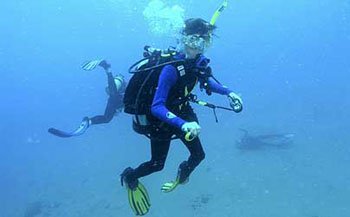 This is the most important photograph ever in the annals of modern crime. I go out on a limb, I know. I refuse to reveal to you, at this particular place and time, why it is so significant. But I know you will quickly discover for yourself its essential relevance, not only for the reasons for which it speaks, but for its random procurement of the truth itself. As nebulous as this sounds, once you see the light, you will be a convert in my temple, one that only Sherlock Holmes the crimestopper shares with me!

Think ‘pajama top’ in Joe McGinniss’ masterpiece Fatal Vision, Good Christian! On with the show! Keep your eye pealed, when reading these chronicle, on the relentless pursuit of justice by the loving father of Tina, Tommy Thomas, and the mother Cindy Thomas. The parents have patiently searched for answers to the death of their daughter since the day she departed on her ill-stared Honeymoon trip. Again, Freddy Kassab comes to mind from Fatal Vision. 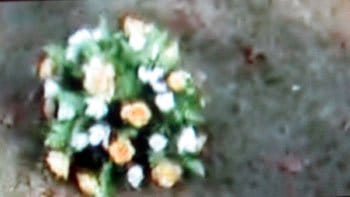 This tiny bit about the reburial and the stolen flowers is the icing on the cake for me. But the levels of murky, smoky unspeakable-ness are a wedding layer cake the size of the Tower of Pizza! I left out the questions of the insurance, the ‘sexy guy’ photo of Tina’s friend Amanda Phillips, or the angle of ‘public documentation’ of the wedding. Nevertheless, you will collide with these issues when you begin your journey.

To help you on your journey, do a Death of Tina Watson Google search. Find the Wikipedia entry with this name. The endnotes and external links are all good. There’s the NBC Dateline special, a superb Sunday Times article, Unfathomable-Australian Story, Death Down Under, and then the full transcripts of Gabe Watson’s interview with the Townsville Police. Better catch up on your reading before the media pounces all over the new trial.