There is a moral putrefaction oozing out from the core of the so called gun-rights community. Its leadership and many, if not most, of its supporters believe that not getting caught in a lie is the same thing as telling the truth.

In decades past this was the province of totalitarian regimes. In NAZI Germany it was The Big Lie. In the Soviet Union everything was a lie. In the United States there have always been liars, thieves and crooks but they either hid in the shadows or lived on the fringes of society. In 1950’s America, it was the “Better Red Than Dead” crowd which was followed by beatniks, hippies and cults like the Manson Family and Jim Jones, the leader of the Peoples Temple of San Francisco which ended with a mass suicide in Guyana.

Today we live in a world where insanity has become the mainstream and it is the rational men and women who now find themselves on the fringes of society. Not even Ayn Rand was able to predict what the world would become in her prophetic novels, The Fountainhead and Atlas Shrugged.

With one exception, not mentioned in his decision, the courts invariably held that concealed carry was not a right. A few courts had held that the right was limited to defending The People against tyrants but even those decisions held that there was no right to carry a weapon concealed in public.

None of them held that Open Carry could be banned in favor of Concealed Carry, not one.

This is not surprising given that when the Second Amendment was enacted in 1791, the use of a concealed weapon to kill someone was murder and not subject to pardon (you were hanged) whereas the use of an openly carried weapon could be pardoned or punished as manslaughter, provided one gave his opponent the opportunity to defend himself.

By 1868, when the Fourteenth Amendment was adopted, the mere carriage of a weapon concealed in public was a crime, even if one’s life had been threatened and the concealed weapon was never used.

“[A] right to carry arms openly: “This is the right guaranteed by the Constitution of the United States, and which is calculated to incite men to a manly and noble defence of themselves, if necessary, and of their country, without any tendency to secret advantages and unmanly assassinations.”” District of Columbia v. Heller, 128 S. Ct. 2783 (2008) at 2809 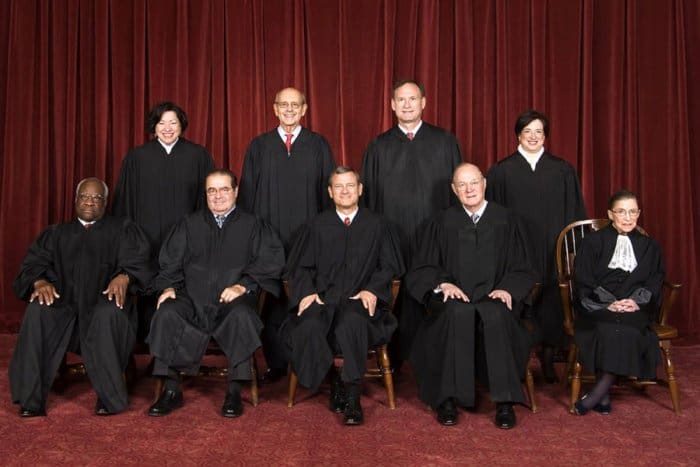 The four dissenting justices agreed with the five justices in the majority that there is no right to carry a weapon concealed in public under the Second Amendment.

Two years later, the US Supreme Court in a 5-4 decision held that the Second Amendment right Justice Scalia defined in the Heller decision two years earlier applied to all state and local governments via the 14th Amendment of the US Constitution.

The US Supreme Court unanimously slapped down that decision of the Massachusetts high court.

You can read the NRA’s cert petition at my website. It is over 300 pages long and so you will likely need to download it before attempting to read it. Portable devices don’t seem to have the capacity to allow one to view pdf files of this size online.

Most of the pages are attachments of the lower court decisions. Excluding the attachments, the petition is just 46 pages in length.

The remarkable thing about those 46 pages is that nearly every line is a lie. The NRA is telling the Supreme Court that when it said that Open Carry is the right guaranteed by the Constitution and that concealed carry is NOT a Second Amendment right, what the Court really said in the Heller decision was that Open Carry can be banned in favor of concealed carry.

There are a lot of people who want to do just that.

These are the same people who think not getting caught in a lie is the same thing as telling the truth.

God help us if there is ever a majority of the Supreme Court who feel the same way.