NewsBlaze News
Home Business Legal Is There a Right to Keep and Bear Arms? 9th Circuit to...

On Tuesday, October 10, 2017, I and the California state’s attorney representing Governor Brown and California Attorney General Becerra were notified by the court of appeals that oral argument in my appeal was being considered for February of 2018. We are instructed to view the available court dates for February, March, and April and to then report any scheduling conflicts with the court within three days. The case is Charles Nichols v. Edmund Brown, Jr., et al

I have kept my dance card open. The state’s attorney won’t be claiming his dance card in full for those three months. If he did, the court would tell the Attorney General’s Office to appoint someone else. After all, the State of California employs lots of attorneys.

In November of 2011, I filed a Federal lawsuit seeking to overturn California’s 1967 ban on openly carrying loaded firearms. In the course of two and a half years of litigation in the district court, I amended my lawsuit to challenge California’s subsequent bans on the Open Carry of unloaded handguns and ban on the Open Carry of unloaded long guns.

I also challenged the prohibition on issuing licenses to openly carry loaded handguns to persons who reside in counties with a population of 200,000 or more persons. California does not provide for or require a license to openly carry a long gun and since courts are prohibited from writing laws, I did not ask the court to order the legislature to write a new law nor would I ask the court to require a license, even if I could.

On May 1, 2014, Federal District Court judge Samuel James Otero published a rambling, incoherent judgment in favor of the state in which he held that firearms are no different from crystal meth.

On May 27, 2014, I filed a timely notice of appeal. Over my initial objection, my appeal was stayed while the NRA’s concealed carry appeal, Peruta v. San Diego, dragged on, and on, and on.

According to the US Supreme Court in its Heller decision, Open Carry is the right guaranteed by the Constitution and concealed carry is not a right.

The so-called gun rights attorneys from the NRA, SAF, CRPA, CalGuns and organizations you may have never heard of claim that what the US Supreme Court meant to say, or actually said, is that Open Carry can be banned in favor of concealed carry.

The en banc panel of the 9th circuit court of appeals explicitly limited the scope of its decision to concealed carry. It said it was not deciding whether or not there is a right to Open Carry in public but if there is then the remedy is to challenge California’s bans on Open Carry instead of challenging California’s “good cause” requirement for concealed carry, which is not a right.

Prior to filing my lawsuit in November of 2011, I spent well over a year preparing for the lawsuit. I read every California appellate and Supreme Court decision published and unpublished since 1850 in which firearms played a role. I did not count them but if someone told me it was 10,000 cases then I would believe them.

I discovered that no California appellate court had ever upheld an Open Carry ban if for no reason than there was not a ban on Open Carry until July of 1967. And that was a ban on openly carrying loaded firearms. We could still openly carry unloaded firearms and load them when we had a reasonable fear of serious bodily injury or in defense of property.

I am also the first to argue that the state may not condition the right to openly carry a firearm on a permission slip. My claim is that the state may not require a license but if it does provide for licenses then it must issue licenses to persons not otherwise prohibited by law from possessing firearms, regardless of the population of the county in which they live.

In 1981, the law changed. It became illegal to load a firearm for the purpose of self-defense until one was in “grave, immediate danger.” The law did not change on the legal threshold for using a loaded firearm in self-defense, that threshold remains a reasonable fear of serious or great bodily injury.

Persons of a certain age or education recognize that as a Catch-22.

On appeal, the state’s attorney concedes that the district court judge misapplied the law in my case but asks the court to uphold California’s Open Carry bans because Governor Brown and Attorney General Becerra, like former Attorney General Harris before them, claim that the US Supreme Court decisions are wrong.

Governor Brown and Attorney General Becerra argue that if there is some right to carry a firearm in public then the Open Carry bans are constitutional because one can briefly carry a loaded firearm during exigent circumstances. Namely for the brief interval of time before notifying police and their arrival while one is in grave, immediate danger.

They never did say where this magic firearm was going to come from.

It is illegal to carry a firearm in public, loaded or unloaded, until one is in grave, immediate danger. One cannot even carry an unloaded handgun in a fully enclosed locked case, or an encased unloaded long gun around town. One is limited to transporting these unloaded, and encased, firearms directly between two places where it is legal to carry the firearm.

Indeed, if one lives in an incorporated city and steps even one-inch past the door of one’s home into the curtilage of one’s home while carrying a loaded firearm, in case of confrontation, for the purpose of self-defense then one is in violation of the law.

There is a California appellate decision which held that if one’s property is surrounded by a tall, sturdy fence (4.5 -5.5 feet high) or other significant barrier to entry by the public then one can carry a loaded firearm on his property.

If no such barrier exists then your private property is a “public place” under California law.

And a prohibited place when it comes to carrying firearms for the purpose of self-defense. 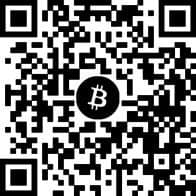