We will know the answer to that question by the end of next June.

Two years later, the justices again split 5 to 4 as to whether or not the Second Amendment applies against all state and local governments. Five justices held that it does, four justices filed dissents arguing that it does not.

Other than an unsigned opinion where the justices reversed and remanded an opinion by the Massachusetts high court that electric stun guns are not protected by the Second Amendment, the Supreme Court has only twice since granted cert petitions to decide Second Amendment challenges to laws on the merits.

The first of the two was NYSRPA v. NYC. The question presented to the justices to decide on the merits was, “Whether the City’s ban on transporting a licensed, locked, and unloaded handgun to a home or shooting range outside city limits is consistent with the Second Amendment, the Commerce Clause, and the constitutional right to travel.”

Unfortunately, a majority of justices never did decide whether or not the New York City law violated any part of the Federal Constitution. New York City changed its law, and New York State enacted a new law that eliminated the challenged restriction.

Given that the restriction no longer existed, the case was dismissed as moot with only three of the justices filing a dissent to the dismissal of the case.

The case was dismissed as moot. The dismissal became final on May 29th, 2020. Two weeks later, the justices denied 10 Second Amendment cert petitions, including several that challenged restrictions on carrying handguns outside of the home. Only a single dissent was filed to the denial of cert in those ten cases, with only one justice saying that the cert petition in that one case should have been granted.

That lone cert petition challenged the denial of a handgun carry permit in New Jersey.

But then on April 19th, 2021, something unexpected happened. After relisting a cert petition for a fourth Supreme Court conference where justices vote on whether or not to grant a cert petition, the cert petition in NYSRPA v. Bruen was granted.

We may never know why the petition was granted when so many more before it were denied. It will likely be decades before the clerk’s cert pool memo recommendation on whether or not to grant the petition is made public.

We do know that the petition had failed to achieve the four votes necessary to grant the cert petition in the three prior conferences it was voted on.

And we do know that the petition was granted on April 23rd which was 8 days after the 9th circuit court of appeals en banc opinion in Young v. Hawaii became final.

We may never know if the 9th circuit court of appeals en banc opinion in Young v. Hawaii helped to garner the four votes needed to grant the petition in NYSRPA v. Bruen, but it certainly didn’t hurt.

The Young v. Hawaii cert petition has survived its first conference. Add to that the fact that it hasn’t been relisted yet, and it is reasonable to conclude that the Supreme Court is putting off a decision in Young v. Hawaii until the Court publishes its opinion in NYSRPA v. Bruen.

If Young v. Hawaii is relisted for another conference of the justices before there is an opinion published in NYSRPA v. Bruen then that is a bad omen. Although the reason for the relist could be because the Court is trying to decide whether or not to grant the petition and decide the case on the merits, a relist more likely means that a justice wants time to write a dissent to the denial of the cert petition.

Another indication that the Supreme Court is finally taking the Second Amendment seriously after all of this time is because there was one other Second Amendment cert petition that survived the SCOTUS long conference of September. That case is Association of New Jersey Rifle & Pistol Clubs, Inc., et al., v. Andrew J. Bruck, Acting Attorney General of New Jersey, et al.

The ANJRPC lawsuit challenges the State of New Jersey prohibition on magazines capable of holding more than 10 rounds of ammunition.

This is not the first time such a cert petition was filed. The fact that it survived the long conference and because it too appears to be held for the opinion to be published in NYSRPA v. Bruen, it is possible that not only will we get to find out whether or not five justices can discover a right to bear arms outside of the home that is protected by the Second Amendment, we might get to find out whether or not magazines that hold more than 10 rounds are likewise protected by the Second Amendment.

I am not an expert in firearms but even I know that 30 rounds are more than 10 rounds and 30 round magazines have been around since at least the year 1650.

The fate of NYSRPA v. Bruen will be decided on Friday, November 5th when the justices gather in a private conference to decide the cases argued that week and where the senior justice in the majority assigns the writing of the majority opinion to a justice, or to himself (or herself).

The last opinions to be announced this term are scheduled to be announced on June 27th. Given the length of time between then and November 3rd when NYSRPA v. Bruen is argued, it is likely we will have an opinion published in NYSRPA v. Bruen before June 27th. If the Court decides to wait until the last day and holds off deciding whether to grant the cert petitions in Young v. Hawaii and ANJRPC v. Bruck until then, the grant of the cert petitions to be decided on the merits will appear on the Orders list that morning, as will the denial of their cert petitions.

If NYSRPA v. Bruen is dispositive in their favor, then a GVR, a Grant-Vacate-Remand, back to the lower courts in light of NYSRPA v. Bruen will be issued in a miscellaneous order the following day.

There is no written rule establishing this procedure but that is what happened when the McDonald v. City of Chicago opinion was published and announced from the bench. A miscellaneous order was subsequently issued that GVR’d a cert petition challenging New York’s ban on Nunchucks on Second Amendment grounds. 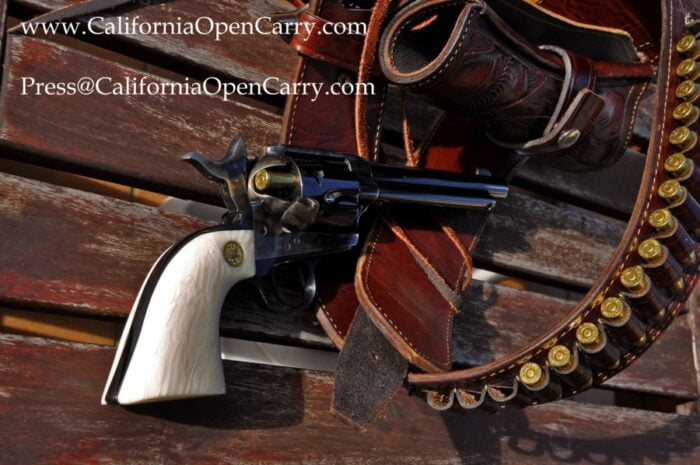