It should be no surprise to the citizens of Folsom. The numbers are in and the City of Folsom is the safest place in Sacramento County to live and work.

The FBI’s Uniform Crime Statistics for 2008 was released this week and Folsom’s numbers are the lowest in the County, followed by Galt, Elk Grove, Citrus Heights and Sacramento respectively.

Folsom experienced the most favorable crime to resident ratio at 24.53 property crime incidents per 1000 residents and 1.52 per 1000 violent crimes.

“The hard work and dedication of the men and woman of the PD has been complemented by the community policing partnerships we share with our community,” said Chief of Police Sam L. Spiegel. “These partnerships include our working relationship with neighboring law enforcement agencies, our CAPS Volunteers, the assistance of other city departments and the strong support of our elected officials.”

Folsom Police Department staff works extremely hard to make Folsom one of the safest places in the country. During the last 18 months, the police department has shared in the budgetary cuts city-wide. Eleven and a half positions in the police department are unfunded and there is no sign in the near future of restoring those positions. Fortunately, with the diligence and hard work shown by our officers and our citizens reporting suspicious activity, the Police Department is still making a difference in the fight against crime. 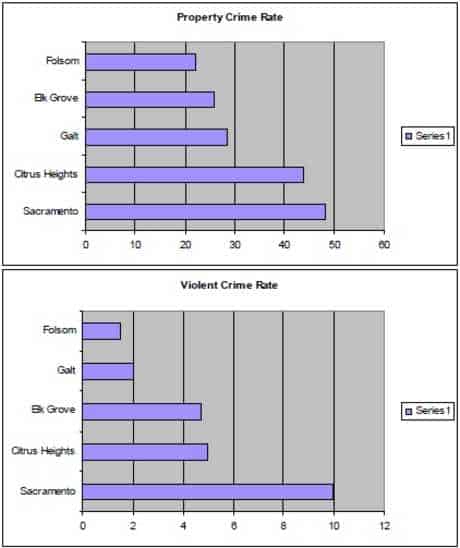