Instead, the California Supreme Court shot itself in the foot.

Had the court limited its decision to the statutory interpretation of “on his person” then its decision would have been little more than a footnote.

Instead, the court decided to use its decision to unanimously express its contempt for people carrying firearms, thereby setting up a Second Amendment challenge to California’s ban on carrying loaded firearms in public.

Deputy District Attorney Scott Collins could have instead prosecuted Mr. Wade for carrying a handgun concealed without a license which is a crime regardless of whether or not the handgun is carried loaded.

Instead, Mr. Collins chose to charge Mr. Wade with violating a law enacted in 1967 which was originally intended to apply only to openly carried, loaded firearms but which the California courts decided two years later could also be applied to the carrying of loaded, concealed firearms. 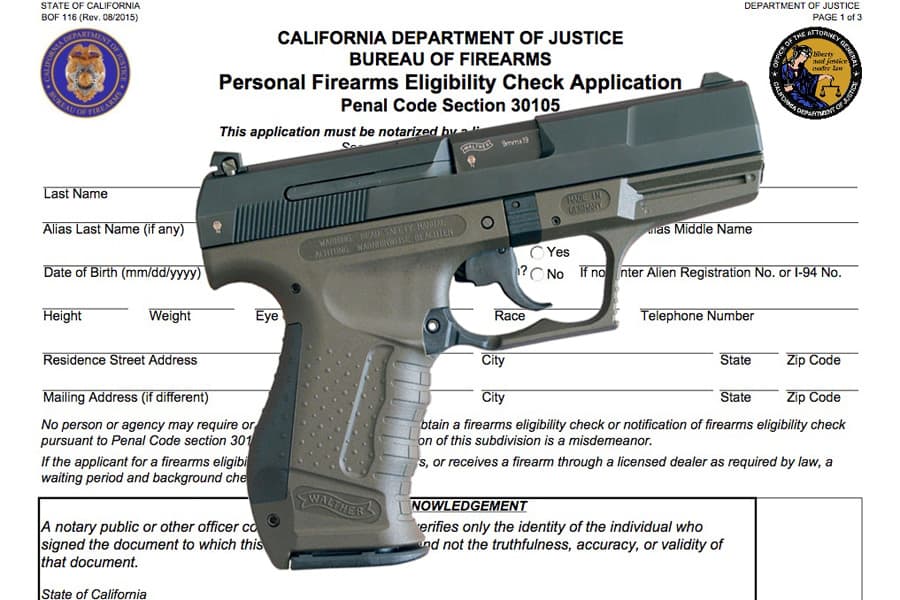 If the Deputy District Attorney had kept his prosecution strictly to concealed carry then this case would not have a Second Amendment nexus because the Federal Courts, especially the United States Supreme Court, have already said that there is no right to carry a weapon concealed under the Second Amendment.

In 2012, the California Court of Appeals upheld a conviction for carrying a knife concealed because California did not prohibit knives from being openly carried. The conviction was upheld under “intermediate scrutiny” because Open Carry was not prohibited.

There are very few laws which would survive the strict scrutiny test and a ban on the mere carriage of firearms is not one of those laws.

The 7th Circuit Court of Appeals struck down a nearly identical law in 2012 which was limited to incorporated cities, towns and villages. In 1967, the California legislature copied and pasted the Illinois ban and extended the California ban to “prohibited” places in unincorporated county territory. At the behest of the NRA, the ban exempted hunters while traveling to and from their hunting trip. With the hunting exemption in place, the NRA endorsed the ban. Indeed, the NRA has been in Federal Court these past six years defending California’s ban on carrying loaded firearms in public which it helped write nearly fifty years ago. The NRA, in the same case (Peruta v. San Diego) has also been defending California’s Gun-Free School Zone Act of 1995 but that is a topic for another article.

If the California courts uphold the ban on carrying loaded firearms in public for the purpose of self-defense then it will create what is known as a US Supreme Court Rule 10 “split” with the 7th Circuit Court of Appeals which in turn is grounds for the Supreme Court hearing the case.

Firearms Have No Useful Purpose

Curiously, the California Supreme Court in its People v. Wade decision did not think that firearms had any useful purpose, not even for hunting.

Commenting on a prior California appellate decision which held that knives carried in a backpack are not carried “on a person” the California Supreme Court said in the Wade decision:

“[N]ot “outlaw[ing] carrying a dirk or dagger in a backpack is understandable, given the utility of a knife in such lawful pursuits as fishing, hunting, camping, picknicking and the like.” … This rationale also does not apply to firearms.“ (emphasis added)

I’ve never been hunting but I suspect that firearms are very useful for hunting. In any event, loaded firearms are the quintessential weapons for self-defense according to the United States Supreme Court and it is the US Supreme Court which will have the last word in deciding whether or not there is a right to carry a loaded firearm in public for the purpose of self-defense.

My lawsuit challenges the same ban, PC 25850, as applied to loaded firearms openly carried for the purpose of self-defense. Although criminal appeals are given priority, my lawsuit has a four and a half year head start on Mr. Wade.

I sincerely hope by that time my challenge to California’s 1967 ban on openly carrying loaded firearms in public (PC 25850) will have been decided in the Federal Courts. As it stands now, my appeal, which was filed two years ago, is still stayed by the 9th Circuit Court of Appeals pending a decision in Peruta v. San Diego (the NRA concealed carry case).

The NRA filed its appeal five and a half years ago and we are still awaiting a decision by the 9th Circuit Court of Appeals. And that is a case in which the NRA admits that people do not have a right to carry concealed weapons in public under the Second Amendment.