I have carefully read over all the coverage of the December 6th disappearance of Susan Powell to see if I could find out any new clues that haven’t already been reported a thousand times before. It’s important to be thorough, but not much information has come forth so far. I’ll sketch a few facts in real time.

A day care worker becomes alarmed when the Powells fail to drop off their two kids at the center. She calls Joshua’s parents, who then call the police. The police break into their home and find no one. However, they did notice two fans were blowing on a wet spot. Now it’s said that a carpet cleaner was found in the house. 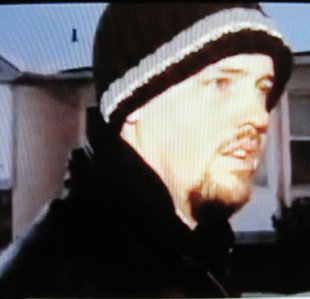 The best evidence that I have found so far is the brief interview with Joshua Powell that was given on December 7th, after he returned from the mysterious camping trip. This is the one where Joshua is wearing the dark navy blue cap with the blue ring around it. You may have heard by now, the police are now confiscating this video footage from TV stations as evidence.

I have found the interview on Fox 13 Now and will give you the link at the bottom of my article. It’s a little hard to get to, so let me provide you with some tips on how to find it. The boxes below the main broadcast of the day are older video clips. You will have to go to page two. Use the blue arrow on the right to flip pages. The name of the clip is ‘Josh Powell Interviewed-My Fox 13-1:09.’

I have viewed it multiple times so that I can observe Joshua’s behavior very closely. Remember that this is right after he returned and shortly after Susan’s disappearance. He is still vulnerable and may still be tightening up the details of his alibi. Watch his facial features and observe how he averts his eyes as the reporter questions him.

So formulate your own theories as you scrutinize this pristine footage of Joshua Powell. This won’t happen again, Josh will not give anymore unguarded interviews, unless the poor man cracks up under the pressure of the West Valley City police. The pressure from Susan Powell’s family could also cause him to come unhinged.

I have attempted to scout out the best and most original reporting I could find. What I’ve noticed is that every report seems to parrot the previous report that I have just read. Repetition. I suspect that they are getting their information second hand, maybe from Associated Press releases. I shouldn’t be so critical, I’m doing the exact same thing. However, I want to know who is really scooping this important story, who is knocking on doors and gathering clues from primary sources. The best reporting I could find was from Christiana Brady of ABC 4.

Christiana Brady did an interview with Tim Peterson, a friend of the Powell family. Tim drove Josh over to the police station to pick up the family van three days after Susan went missing. While Tim would have thought that Josh would be in a panic, in a frenzy over his missing wife, he rather observed that Josh projected a calm demeanor, a distance from the whirl of events. (Powell family friend shares inside perspective-ABC 4 News-Christiana Brady-December 18th)

Powell’s response to this query of his stoic posture was: “The cops are taking care of that.” This reply startled Tim Peterson. I believe it means that Josh thinks the police will stir up the media enough as is and try to make him look bad. This is a projection and possibly a bit incriminating. But like all the statements of Josh so far, it is vague and mysterious. (ditto-ABC 4 News-Christiana Brady)

Peterson goes on to say that normally Josh is opinionated. This implies that he is normally talkative. Peterson says that he was “uncharacteristically quiet.” Tim goes on to say that Susan had told him, if the marriage didn’t straighten out by the spring, she would ask for a divorce. Other friends and family have said that the marriage was going smoothly. This is a contradiction to that.

You probably have heard about the notebook that Susan was keeping at work. Some documentation of the ‘troubles’ may be contained in this journal. The fact that she kept it at work, not at home, is telling. Obviously, she didn’t want Josh to see it.

A comment made by Joshua’s sister, Jennifer Graves, on MSNBC was also quite revealing about Josh’s character. When asked about the unusual camping trip of Josh and his two children, Jennifer said, “He’s a little bit of an odd duck; he would do things his own way.” I will suggest that this was a quickly thought up, random cover story to explain his own disappearance in the hours after Susan herself had vanished.

True, others have been more supportive, yet more guarded in their in their portrayals of Josh Powell. Jovanna Owings, who was the last person to see Susan (other than Josh and the kids) before she vanished, has characterized the evening of December 6th as a normal dinner (of pancakes made by Josh), with pleasant conversation and work on a crocheting project. But one thing sticks out in my mind. Susan suddenly went to bed feeling sick, even before Jovanna had departed. 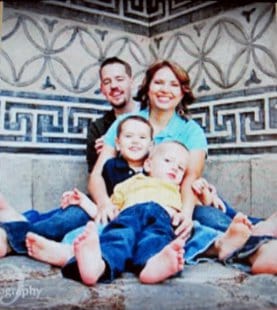 We will have to keep our eyes and ears glued to the media for new developments. It’s doubtful this one will have a happy ending. But once the exact facts are exposed, I sense that the confusion and dismay will only expand; the unlikely unfolding of events will simply exacerbate this tragedy that gradually comes to light in the eye of our Media. The best evidence, so far, is the ‘Navy Blue Cap’ interview with Josh Powell. Further, Christiana Brady’s interview with Tim Peterson probes deepest.

The Bottom Line: The motive would be a controlling husband kills his wife when he finally realizes that she will leave him, that she will divorce him. This is the hypothesis that I come up with when reviewing Tim Peterson’s testimony.

My sources were many, but the best things that I looked at came from: ABC 4 News, MSNBS, The Today Show, Deseret News, People, The Salt Lake Tribune, The Seattle Times, ABC and HLN’s Issues with Jane Valez-Mitchell.

The link with the ‘Navy Blue Cap’ interview with Josh Powell.

The ABC 4 News article and interview (by Christiana Brady) of Tim Peterson.