In an interview with the BBC, a senior executive at Skype, a company now owned by Microsoft, says it is working on 3D video calling, however, it is still waiting for technology to catch up with its plans.

“We’ve seen a lot of progress in screens and a lot of people now buy TVs and computer monitors that are capable of delivering a 3D image,” said Microsoft’s corporate vice-president for Skype, Mark Gillett.

“But the capture devices are not yet there. As we work with that kind of technology you have to add multiple cameras to your computer, precisely calibrate them and point them at the right angle.”

“We have it in the lab, we know how to make it work and we’re looking at the ecosystem of devices and their capability to support it in order to make a decision when we might think about bringing something like that to market.”

If Skype is successful, it could potentially save the 3D video industry, which, despite early promise, has failed to be taken up by consumers. 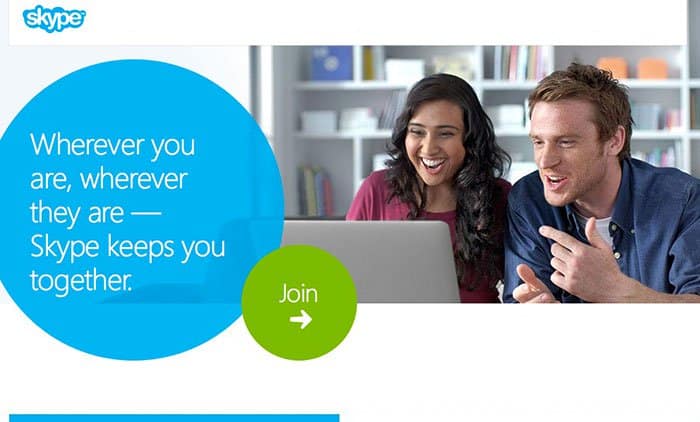 The current fashion for all things 3D came with the release of James Cameron’s Avatar in 2009. Of course that wasn’t the first time Hollywood has jumped on the 3D bandwagon. Indeed the industry has been flogging that horse since the 1950s and every generation seems to have its 3D “moment” before the technology is dismissed as a fad.

However, what made the current wave of 3D films and TV different is that, for the first time, the technology has been sophisticated enough to bring the experience into people’s homes. TV manufacturers such as LG, Samsung and Sony have all embraced 3D, hoping that the movie studios will steadily supply 3D DVDs and Blu-Ray discs, eventually to be taken up by major network broadcasters.

Over the years every blockbuster seems to have a 3D version, and not just blockbusters. Films like Ang Lee’s Life of Pi and Baz Luhrmann’s The Great Gatsby have also embraced 3D.

However, credit rating agency Fitch Ratings has said that, after plateauing in 2012, 3D films will see a year-on-year decline in 2013. In fact, at CES 2013 in January, the world’s biggest technology exhibition, 3D TVs were all but forgotten.

As Forbes reported in January:

“You no longer need to pick up a pair of polarizing glasses on your way into a big company’s press conference. There are no more 60-foot posters with people exploding out of flatscreen televisions. The super glitzy marketing videos now relate to the far more tangible benefits of higher resolutions, curved displays, and the beauty of OLED. The show floor space dedicated to three-dimensional imagery has been decimated, relegating a dubious technology to its proper position as a sideshow rather than a leading cause to upgrade your TV.”

But despite these gloomy indicators, Skype at least still seems to be showing interest in the technology. However it is unlikely that the company will single-handedly revive the prospects of 3D video. As Gillett admits, the future of 3D depends on how the technology will evolve.

That will require 3D screens that don’t need cumbersome glasses to view, and affordable ways of capturing and recording 3D images for the masses.