It is a video that brings me to tears.

The video starts in Hebrew but quickly goes into English

The British “welcome” my mother in 1946 as she got off the ship Biria, in British Mandate Israel, and whisked her straight to the British detention camp at Atlit, just north of Haifa. This, after years of suffering in Nazi concentration and labor camps.

The despicable Brits shaved her head in search for lice and locked her behind one other barbed wired detention camp beyond which was the land of her country, where she wanted to live and for years was expecting to arrive to one day. And beyond the detention camps barbed wire a loving man was waiting for her who later on became her husband and my father.

Damned the British anti-Semites till today. A Museum at Atlit

In this video, a group of British citizens, children, or grandchildren, of the British Army soldiers are standing at Haifa Port, Israel, asking for forgiveness from the Jewish people for the British Mandate authorities’ illegal and hostile behavior toward the Jews who survived the Holocaust and even before that. 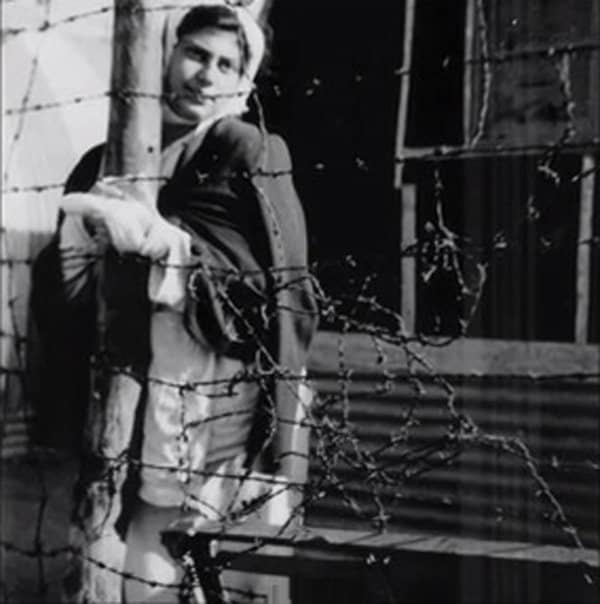 a Point in History

The British Mandate in Palestine started as the result of WWI. It was decided upon in the San Remo conference, an international meeting of the post-World War I Allied Supreme Council, held at Villa Devachan in Sanremo, Italy, from 19 to 26 April 1920, attended by the four Principal Allied Powers of World War I: Britain, France, Italy and Japan.

Resolutions were passed at this conference determined the allocation of Class “A” League of Nations mandates for administration of the former Ottoman-ruled lands of the Middle East. One such land was the Land of Israel.

While the world is currently shedding crocodile tears over “Palestinian” “refugees” that in fact do not exist, or exists because Arab countries refused – and still refuse today – to absorb them 68 years ago, just as they refuse to absorb the current, their brothers refugees fleeing the Middle East and north Africa, 800,000 Jewish refugees from Arab/Moslem lands were absorbed by the nascent Israel, at that time lacking means and very poor.

The British who ruled British Mandate Palestine refused to allow Jewish Shoah-Holocaust refugees from ravaged Europe to find refuge in Israel, despite their own Balfour Declaration in which they designated The Land of Israel as a Jewish Homeland.

If the British Mandate authorities did not lock the gates of the Land of Israel to the Jews of Eastern Europe, as they did even before Hitler decided to exterminate them, we can certainly assume that the extermination of the Jews, the Holocaust would not have happened! The Nazi-Germans wanted to get rid of the Jews, to expel them from Europe. Because there was no country in the world that agreed to accept them and the only place Jews could flee to was the Land of Israel, Hitler and his aides made the decision to murder them only after they did not see any other way.

So Britain has a large part of the responsibility for the murdering of six million Jews, between the years 1939-1945, when WWII came to an end.