I remember walking with my grandmother, of blessed memory, in the main city street of Rehovot, Israel. It was an experience to remember, and I do to this very day. Every few steps we were stopped by people greeting the Teacher Rivka, generations of former students, in a city where once everyone knew each other.

Teachers have a profound and long-lasting influence on young, impressionable minds. I remember a math teacher who almost failed me. Given my record throughout school and later during my undergraduate and graduate studies, this was clearly an extraordinary exception. When I graduated with departmental and other honors from UCLA, majoring in Applied Math, I remembered this teacher, joking we should have invited her to my graduation. 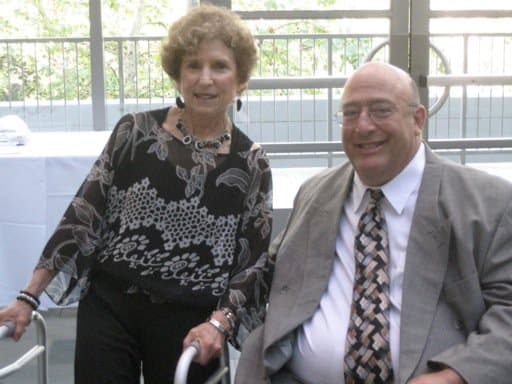 It was a PE (physical education) teacher from Beverly Hills High School who connected me with running. For decades I continued, and to this very day I maintain a relationship with her. Coach Susan Stevens’ track and field was not her main love, although she managed over the decades to accumulate thousands (if not tens of thousands) of miles running and in recent years walking.

Coach Stevens’ love is tennis, and she both participated in and coached for the Maccabiah Games in Israel and plays to this very day. 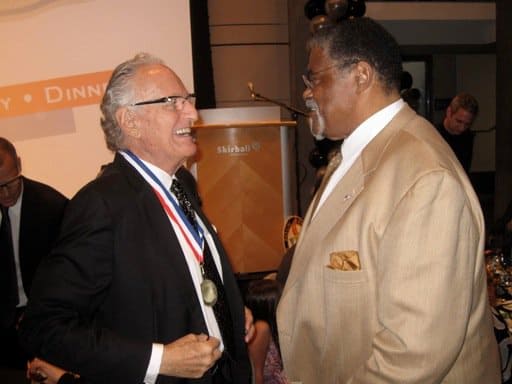 For the past 15 years, she has been involved with the Southern California Jewish Sports Hall of Fame, and its annual event that raises funds for scholarships. It also supports and promotes community and individual futures in sports via the World Maccabiah Games in Israel, the JCC Maccabi Youth Games and the New JCC at Milken’s Sports Programs.

The organization’s motto is “the deeds of the past inspire the achievements of the future.”

For the past decade, many of us have been fighting Islamic fanaticism and terrorism. We are the soldiers on the front line for the Jewish homeland and the numerous freedoms we enjoy here in the United States of America. 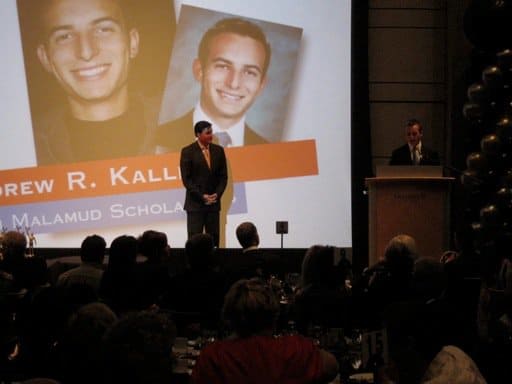 With the passage of time, the fight has escalated. The demonization of the Jews has intensified to heights not previously felt in our lifetime. But the undercurrent has been consistent: Throw the Jews into the Sea; Finish the Final Solution; Rid the World of this Blight.

We are blamed for ruling the media, controlling the financial industry, unduly influencing Washington and in effect for having too much power.

Funny, when a group of friends joined me to the 15th annual dinner and inductions by the So Cal Jewish Sports Hall of Fame, everyone, without exception, asked: What famous Jewish people do we have in the field of sports? Did we finally discover an area devoid of Jewish accomplishments? 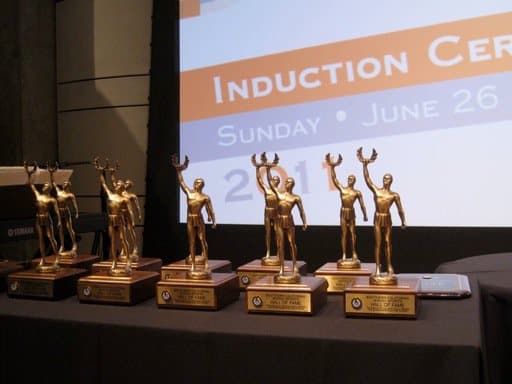 Interesting question, and as one delves into it, one would discover there are more than none.

We did not know what the dinner and induction ceremony would be, but we decided to take a chance. We had the company of close friends to fall back on, and we could always leave early. As it turns out, we stayed to the very end and have already committed ourselves for next year.

There are also sports agents, artists, sports medicine and others.

I was not aware so many Jewish people were involved in such a variety of sports or sports related fields. Then again, all I should have done is look at the mantel at Norma Zager’s home and see her picture taken with one of her great heroes, Sandy Koufax. Or the incredible number of Jewish sports producers who receive Emmys each year. 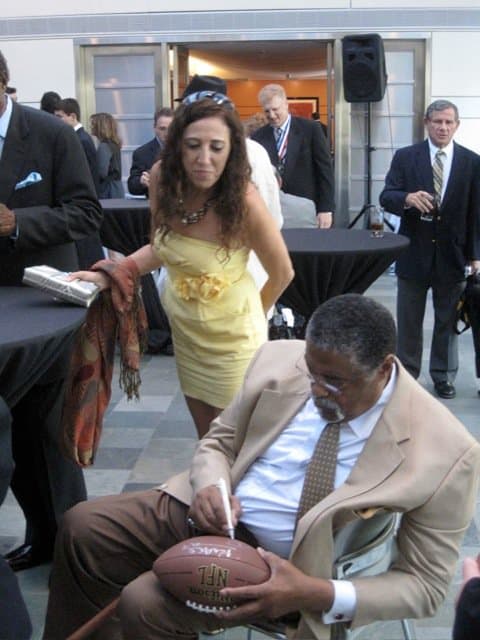 It was the speech of one of the inductees, Rugby player Shawn Lipman, that made the night so special. I bring it here in its entirety, with permission. We were sitting together a group of friends, Christians and Jews, as Lipman took us with his speech to a different time and place. We journeyed to the future via the past, creating a vision of a better tomorrow and a meaningful today via Lipman’s own past accomplishments.

“With my induction into the National Jewish Sports Hall of fame and now the Southern California Hall, I have reflected on why the need. Clearly if an athlete excels at a sport and accomplishes national or professional honors, why should there be a carve out for athletes that are Jewish? 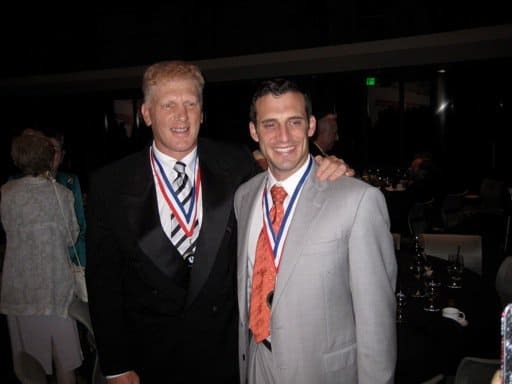 “Having grown up playing a sport that is traditionally not played by Jews and growing up in South Africa where the stereotype of Jews not being athletic was perpetuated, it became very important for me not only to prove myself as a rugby player, but to also show the naysayers that not only could Jews play one of the most demanding sports in the world, but also excel at it. 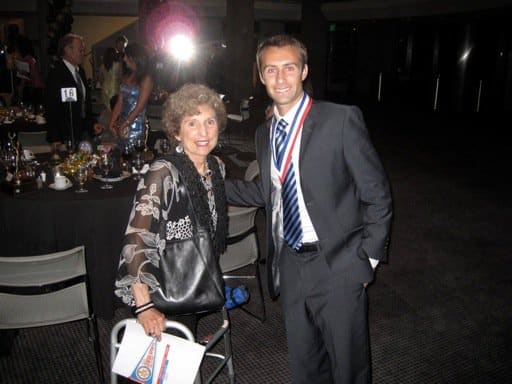 “Throughout history Jews have either been specifically excluded from participating in sports, or tacitly excluded. To the point that many Jews do not even believe themselves that they are capable of competing at the highest level. This self doubt and inherent inferiority complex is the reason why the Jewish Sports Hall of Fame is such an essential organization. Not to prove to Gentiles that Jews are capable of competing athletically at the highest level, but to Jews who do not believe it. 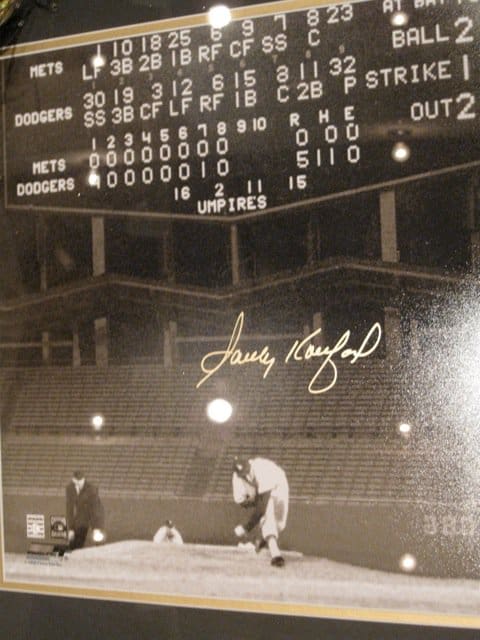 “When young Jewish athletes can look to the accomplishments of great sports heroes, many who have been inducted into this Hall Of Fame, giants like Sandy Koufax, Mark Spitz, Mitch Gaylord, Hank Greenberg, they too experienced the doubters who assumed that Jews could not play sports and proved them wrong. Our next generation can see that there is no limit to what they can accomplish. This can then transcend beyond sports to anything they put their mind to. 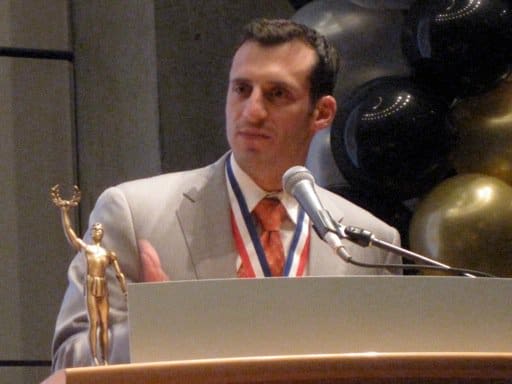 “Being the first Jewish Player to play in the Rugby World Cup was a great accomplishment and having represented the United States at the highest International Level is an honor I will always be very proud of.

“But leading the US delegation at the Maccabiah Games as their flag bearer and then winning the US’s first gold medal in rugby is a memory that truly is indescribable. With this being my adopted country, it solidified my love for the US and pride in being an American. 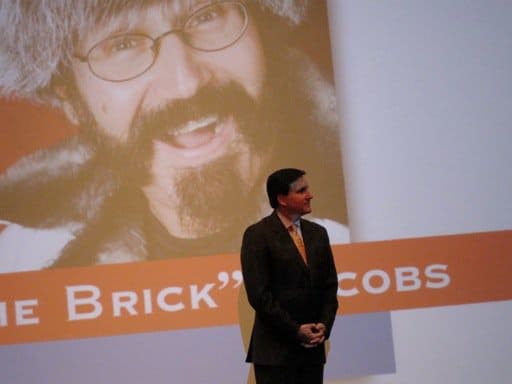 “There is something about the Maccabiah games that is truly unique. Thousands of Athletes from all over the world all with their own unique nationalities, languages and customs, but all with a commonality and shared experience. Competing with Jewish athletes in a country that has had to emerge as a destroyed people from the ruins of Europe, surrounded by countries that are committed to their destruction, but showcasing an Olympics where Jews are strong, united and displaying their athletic prowess. This is the ultimate ‘in your face’ to those who wish to perpetuate these myths. 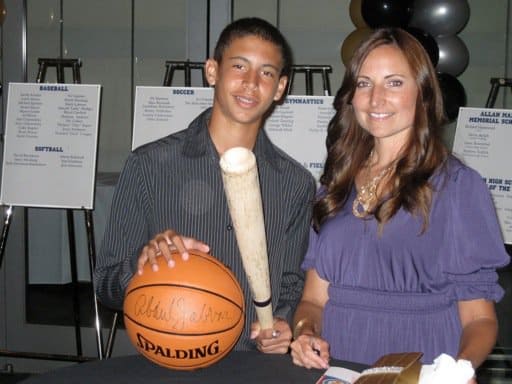 “Playing rugby has defined me as a person. All my lessons of life have been defined by my sport. The lifelong friendships that the sport has given me transcend any specific accolade or accomplishment on the field.

“At the end of our sporting careers all we have is the memories, but more importantly the relationships that continue well past our playing years. These are the true trophies. 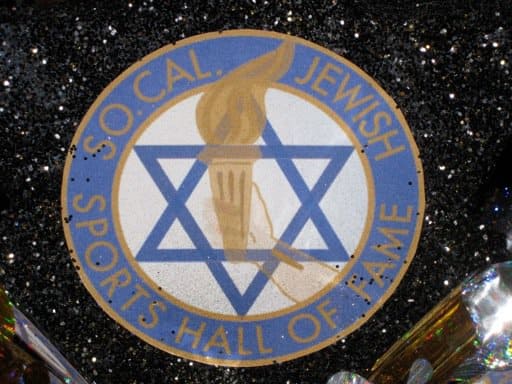 “To my parents who have been discouraging me from playing rugby since I was a boy. ‘Not a game for a nice Jewish Boy.’ I have to apologize for not listening to you.

“To my wife Karen who has been a major part of my life and rugby career, encouraging me, even through the broken bones, separated shoulders, stitches, knee surgeries and constant complaining about my aches and pains, Thank You.

“And to my three children who I love dearly and hope will find their own passion in life, and pursue it the fullest. I am so proud of you and love being your dad. 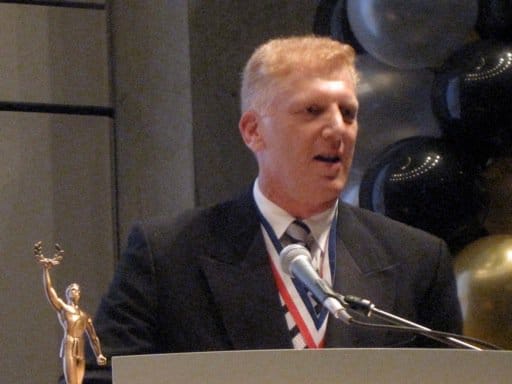 “To the Southern California Jewish Sports Hall of Fame, thank you for the recognition and bestowing this honor on me.”

Those of us at the table battle daily for Israel. We often need to combat the false claim of “Apartheid” (only because it sounds bad enough so Israel’s enemies equate her to it). We face an enemy that promotes hatred and terrorism to very young children. They name schools and playgrounds, stadiums and city squares after terrorists, homicide bombers and other like “role models.” And still the world stands silent.

Those who call themselves “Palestinians” hijacked both sports and education. In direct contrast, I cannot express sufficiently the impression Lipman made, like a hand imprinted in fresh cement.

Sports are a unifying factor and raise one above politics and hatred. It is a neutral ground that promotes competitive spirit, ideals, values and dedication. It can unite nations, even on the brink of war. Alas, it was the 1938 XIth Olympiad held in Berlin that reminded the world that hatred must be eradicated from the world, not the Jewish People. 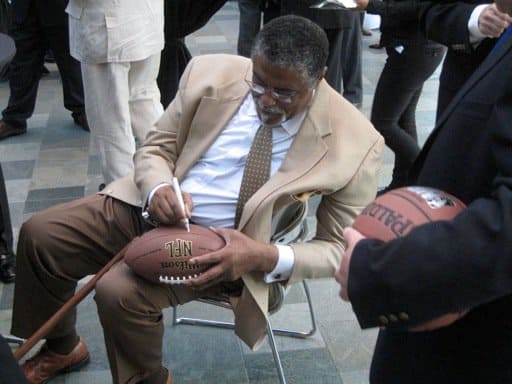 It is Shawn Lipman’s speech that reminds us we must safeguard sports for so many valid reasons. It may be the one safe haven remaining in a world poised to self-destruct.