NewsBlaze News
Home World Asia How Do Ganesh Malviya And BJP Choose To Come Through Amidst the... 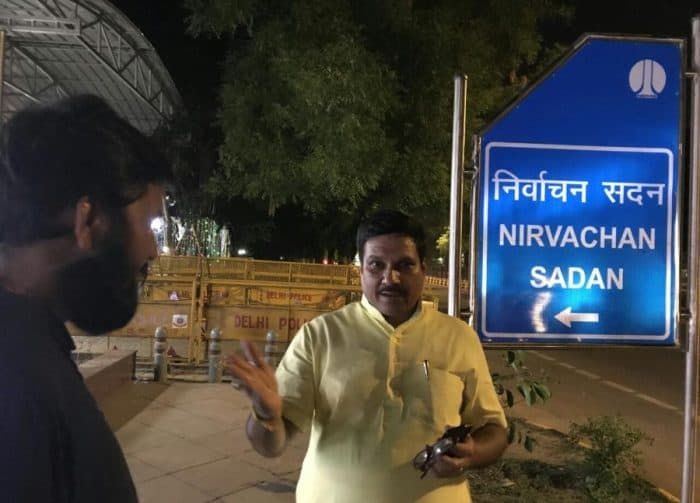 We will see how Ganesh Malviya, a prominent man in the BJP from Bhopal, Madhya Pradesh, along with the party itself choose to handle the news about the EVMs. The Electronic Voting Machines, or EVMs, that are used by India in order for their elections to be conducted have been under scrutiny in the last couple of years. Now that we have the Lok Sabha elections right around the corner, the EVMs make headlines, yet again. The most recent allegations regarding the EVMs is that they are being hacked by certain BJP party members, as the machines were seen being transported without the necessary security measures. There are also the allegations that the EVMs have, in fact, been swapped with ones that are tampered with. According to the Election Commission, they remain steadfast on the fact that these accusations have no truth to them, and according to most experts hacking the EVM require a substantial amount of effort. To further debunk the allegation, the Madras High Court, and several other High Courts, have commented on the issue saying that the EVMs are essentially tamper-proof and that there are certain checks and balances that these devices go through that cannot be criticized.

However, the opposition parties and their supporters remain adamant on the fact that BJP is involved with interfering with the EVMs that are supposed to decide the fate of India. How does BJP choose to respond to all of this? According to Ganesh Malviya, who is a loyal campaign manager for BJP from Madhya Pradesh and has also been responsible for election management in Uttarakhand, Uttar Pradesh, Delhi, and many other cities, these accusations are a conspiring attempt by anti-democratic people who want to weaken India. He goes on to say that India’s democracy is being defamed amidst such accusations. BJP believes that media has only been fuelling the fire by spreading such harsh and false news and that legal action should be taken against them. However, they are still optimistic about the elections, as they understand that Prime Minister Narendra Modi, is loved by the masses of India. We will further see what Ganesh Malviya from Madhya Pradesh BJP has to say about the plans of BJP as he is not only the campaign head but has also worked very closely with Prime minister Narendra Modi himself. 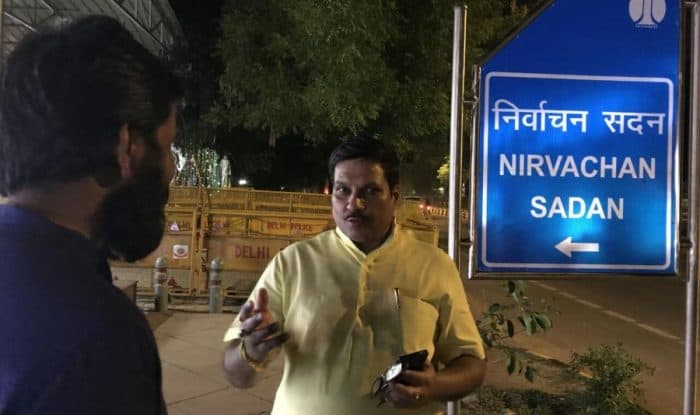 According to Ganesh Malviya BJP Party, their campaign revolves around nationalism as they believe it is the genuine Indian way of life, and also pays tribute to their culture and values. He believes that nationalistic values are crucial to assume the leadership role not just in India but in many parts of the world. When Mr. Maviya was asked about the issue of Pakistan, he said that they don’t have issues with the country, but they have to think strongly about national security which remains a concern for any country. This is why BJP’s security doctrine has no tolerance towards any kind of remotely terrorist activities and they want to provide the necessary security forces for India that will curb any potentially dangerous and threatening activities, which is also part of their manifesto.

Prior to the elections approaching, the BJP party released a manifesto for 2019, which are essential goals that they want to enforce and achieve by 2022, which is also India’s 75th year of Independence. As stated by Ganesh Malviya of the Bharatiya Janta Party, the concept behind this manifesto is that during BJPs the last regime of five years they devoted their services to fulfill the needs of the people of India, and now they want to work on their aspirations. In a recent interview, he talked about the manifesto in detail and all that it has to offer. Along with many other things, they want to focus on the farmers of India and aim for the extension of PM-KISAN. Under this, they fundamentally want to double the farmers’ income by the year of 2022, by offering agricultural loans with no interest, as well as offering pension schemes to small farmers who have reached the age of retirement. Moreover, Mr. Malviya talked about the health care aspect of the manifesto, which is primarily to make it affordable and accessible throughout India. In order to have more doctors in the country, BJP plans of opening medical colleges in every district by 2024.

The manifesto also brought back the Citizenship Amendment Bill, which is one of the more controversial bills as it said to be anti-Muslim. However, with much poise, Ganesh Malviya said that the aim of this bill is to keep the cultural, linguistic and social values of the North East people intact and that they want to protect the religious minorities in other countries who are facing persecution.

Ganesh Malviya remains optimistic about BJP’s performance in the elections, as he believes they are what India needs right now.