Thousands of cheering and chanting Somalis have occupied the streets in the Ethiopian capital of Addis Ababa as the Somali National Football team landed at the Addis airport on Sunday afternoon.

The Jubilant fans holding up the blue Somali flag and carrying wet leaves have been standing along the road linking the hotel where the team was based to the airport since early morning.

“Somalis wake up! Wake up and unite always! Help the weak ones among you,” the jubilant Somalis were announcing. 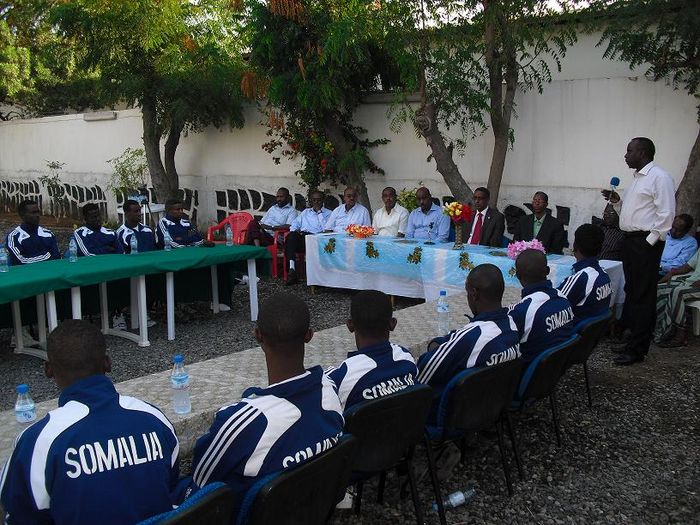 “Now we want to beat them at home and we have high hopes although in football you can win or lose,” the community leader said.

“Today Addis Ababa became like Mogadishu. You can see Somalis waving our flag everywhere. We pray to Allah to give us the upper hand,” he noted.

On Wednesday the 16th of November the Somali National team will encounter its Ethiopian counterpart in the second leg of the preliminary round of the 2014 FIFA world cup qualifying clashes.