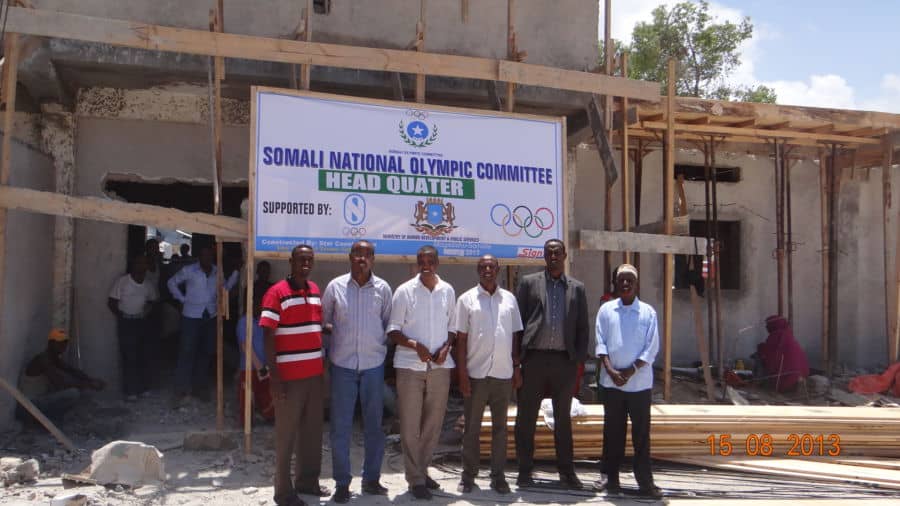 “Since the foundation of Somali National Olympic committee half a century ago we used rented compounds, but this will be the first Somali NOC-owned centre. We are very grateful to the international Olympic committee, the Olympic solidarity and Somalia’s civil service development ministry for helping the implementation of this historic compound,” secretary General Duran Ahmed Farah told the media during their visit to the under construction compound on Wednesday.

The secretary General said the first phase of the construction will be concluded on the 28th of August 2013, while the second phase will start then.

“The implementation of this compound will be one of the biggest ever achievements by Somali National Olympic committee, because we are getting our own place,” Secretary General Duran Ahmed Farah emphasized during the media briefing on Wednesday.