Garrett Godwin: How does it feel to receive the Reelworld Visionary Award “the face of Canada” – especially where racial and cultural diversity, and inspiration are concerned?

Alice Shih: I’m really honored, but I really have to give kudos to ReelWorld to create this Award in the first place. The face of Canada has changed dramatically in the past 20 years. When you ride the subway in big Canadian cities, you don’t even get to see Caucasian faces or hear English most of the time as being portrayed on Canadian screens. Canada is racially diverse and will likely be more so in the future. Canadian screens are not reflecting this reality enough and raising awareness in every front is an important issue. It takes a bold film festival to bring this matter to the forefront. 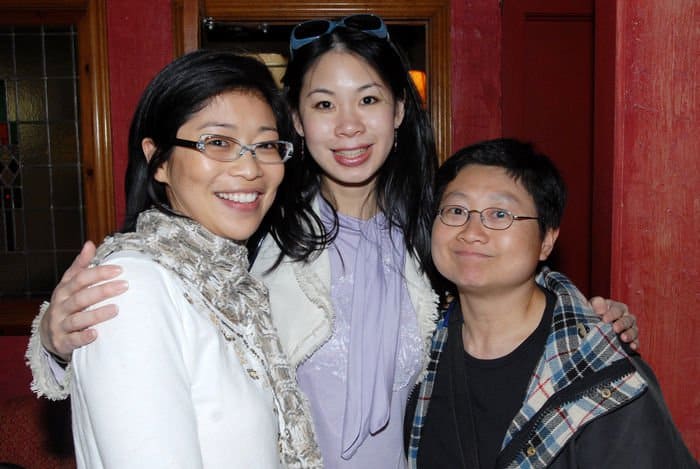 GG: What was your first reaction when you found out that you’re a recipient of the award that was won by Cameron Bailey, your “idol”?

AS: I never dreamt that I would even be mentioned together with Cameron in the same paragraph in any context, as he is such an important accomplished figure in the film industry. I just hope that I could learn even more from him and could do just as much as he has contributed to this community, and hopefully together we can inspire more people after us who would make a difference.

GG: Who are your other idols/mentors?

AS: There are few people that, in my mind, have done the impossible and managed to change the face of Canada. The first one who is undeniably my idol is Adrienne Clarkson, our ex-Governor General. We have a lot in common as we are both of Chinese descent, was born in Hong Kong – and she was a journalist as well. I had the pleasure of interviewing her once and I learned so much from our conversation. Anita Lee, who is currently a producer at NFB, (she also founded the Toronto Reel Asian International Film Festival at a time when there were only stereotypical Asian faces on Canadian screens 16 years ago), has re-written the film culture in Toronto. And, of course, Tonya Lee Williams (founder of Reelworld; she is best known as Dr. Olivia Winters on CBS’ The Young & the Restless), who would be so instrumental in bring diversity on screen through her own charisma and vision.

GG: Besides winning this award, what do you consider your other accomplishments not only as a journalist, but also in your contribution to the Canadian entertainment industry?

AS: I have been working on the board of the Toronto Reel Asian International Film Festival and together with our team, we are trying our best to promote quality Asian-themed films to the community, which most of them don’t get a theatrical distribution. Our theatrical screens are dominated by the Hollywood studios and even Canadian films have to find alternative screens for exhibition, let alone films with Asian faces. We are doing this so we can offer our audience alternatives in their entertainment choices, and to discover stories that uncover challenges of living on the other side of the world, hoping that they would want to explore more international issues after these new visual experiences which are not offered on the mainstream screens.

GG: What was your most memorable interview that you have conducted?

AS: Every talent I interviewed have given me new insights I always take home something new, but the Chinese sixth-generation director Jia Zhangke has always been a joy to talk to as his view on the human condition is uniquely enlightening. I’ve also spoken to Maggie Cheung on several occasions and she is so approachable and open.

GG: Who have you not interviewed yet that is your “Dream” person to interview?

AS: My dream is to do a one-on-one interview with Wong Ka Wai for an hour. I interviewed him before, but it was a press conference – that’s not enough!

GG: Where can people find out more about you and your career?

AS: Just come to The Toronto Reel Asian International Film Festival and you can always find me there. Our festival is in November every year, but we have some year round screenings. It is best to check our website www.reelasian.com. Just come up to me and we can chat in person. Or if you understand Chinese, then tune in to FM88.9/AM1430 and listen to Fairchild Radio.

GG: What advice do you have for Emerging Talent in the Canadian entertainment industry?

AS: You will have a challenging path, but if that really is your calling, then you should do something personal. This is the only way you can effectively engage your audience as the emotional journey is real. Partner with a good writer if you don’t write yourself, develop a story that mean something to you instead of recycling a story idea which was a proven success. If you think that you could make a lot of money in this industry, yes, you are right about 1% of the time so, good luck! If you think that I could be of any help, my door is always opened for you.