Scott Cummings, a man whose job has been to protect celebrities from violence, is about to turn the other cheek. Cummings, former bodyguard to Michael Jackson, Bill Cosby, Donald Trump and scores of other rich and famous high rollers, will turn aggressor as he helps headline the next Celebrity Boxing card, to be held on Saturday, Sept. 12, 2009 in Boothwyn.

Cummings will join Reality TV star Rodney King as the two main headliners on the card. King is slated to fight former Pennsylvania police officer Simon Aouad. Cummings, 6’2″ and 235 pounds, will take on whoever shows up in the ring. “I’ve protected clients all over the world in all sorts of dangerous situations, so nothing and no one can intimidate me,” Cummings said recently of his upcoming bout. Cummings, who’s working out daily at the Hilton Garden Inn in Center City Philadelphia, points to the types of people training him as another source of confidence. 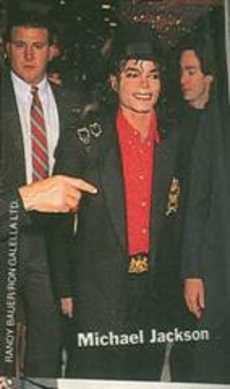 Cummings is also an author, having come out with a pictorial essay documenting his experiences as a professional bodyguard. Titled “Michael Jackson’s Bodyguard: An Inside Look at the Rich & Famous,” Cummings gives readers exclusive access to the life of a “bodyguard to the stars.” But there won’t be any reading going on inside the boxing ring on September 12. “This isn’t a stunt,” Cummings said. “Some people want a piece of me because of my association with Michael Jackson. So bring it on,” Cummings added.