When Roman Abramovich first arrived at Chelsea he brought a much needed commodity to the club…..CASH! It was the oligarch’s money and the skills of Jose Mourinho that created the successes seen in 2005, but what the jubilant Chelsea fans could not have known was that the man who saved their club, will eventually destroy it.

A great deal of the blame for Chelsea’s poor form of late has been placed on the ex-Manager Luiz Felipe Scolari, and to a certain extent the players, but the real problem is Abramovich.

Roman Abramovich is very typical of the money men who own casinos in Russia, they pump millions of dollars into the business and initially allow the “professionals” to run the business without any interference. 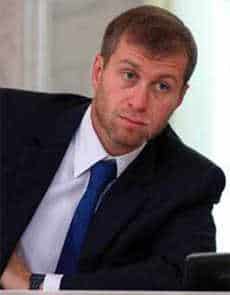 Sadly, this never lasts very long and the temptation to dictate terms surfaces eventually. This begins with a few harmless looking “suggestions” and is very quickly followed by more forceful demands. Very soon the manager and players understand that they have two choices: They can accept the situation or look for another job!

Unfortunately, even if you accept the suggestions of people like Roman Abramovich, it is your head that still gets chopped when the idea fails!

We have seen the managerial changes at Chelsea become more frequent recently, this is exactly what happens in Russian controlled casinos as well, each new manager being replaced more quickly than the one before. I have seen casino managers replaced after just two days (the first day they won and the second day they lost).

Despite the reports seen in the media, Abramovich is not looking for a manager who can provide “attractive” play, he is looking for one that never loses. This is of course impossible, even the best teams can lose sometimes (just like casinos).

As a result of this impossible dream Abramovich will continue to change his managers at an ever increasing rate, never giving them a chance, or time, to implement a plan of action, or to even warm up the seat they have been given. Ironically, even if he did find his “super” manager, he would almost certainly replace him with someone from Russia later if he can.

Eventually, when Abramovich’s interference has dragged Chelsea down to a much lower level, he will sell up and move on. Naturally, he will blame everyone else for the failure, even though most of the decisions were his own.

Those considering applying for the Manager’s job at Chelsea need to accept that they will be asked to perform the impossible, and the length of their stay will depend on luck, not skill. However, if they obtain a nice long contract, at least they will make a few million pounds from the deal!