Perhaps President Trump and Russian President Vladimir Putin can catch up on their supposed collusion the mainstream media alleges every day. The two men will hold their first face-to-face meeting next week during the Group of 20 summit in Hamburg, Germany, White House officials said Thursday. 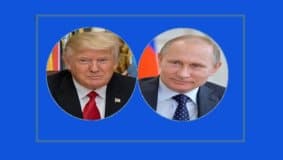 There was the usual, “We have no specific agenda,” from national security adviser H.R. McMaster. He told inquisitive reporters that “It’s whatever the president wants to talk about.”

One can only imagine the host of topics the two world leaders may touch upon. There is great certainty the Syrian Civil War, ISIS, terrorism and the Middle East will be at the top of their discussions. However, the Kremlin offered no details.

There is some certainty Peskov’s remarks were tongue-in-cheek. But there is uncertainty attached to any meeting between the two men. Any face-to-face conversation contains the reality of an ongoing FBI investigation into the Trump campaign’s contacts with Russian officials during last year’s U.S. election.

Whatever friction that may cause is tied to U.S. intelligence officials who have already said Russian operatives stole emails and other documents from leading Democrats and released them publicly to embarrass Democratic nominee Hillary Clinton and help Trump.

Whether that is factual is like most of the Russian investigation that is nearing the one-year mark. There is much speculation and little, if any, evidence.