The mainstream media has taken an embarrassing fall from grace over their mishandling of the so-called Russian collusion investigation conducted by Special Counsel Robert Mueller. For approximately two years most media outlets have led their viewers to believe that President Trump would be found guilty of something that never happened.

When the final report came out last Friday, one would think it didn’t exonerate the president according to most news sources. It would have been amusing to be a fly on the wall when Trump’s number one accuser, CNN reporter Jim Acosta read Trump’s victorious tweet after the finding’s release.

President Donald Trump said that the media could expect him to “slam and shame the media” over Special Counsel Robert Mueller’s report. For biased reporters/commentators like Acosta or others such as MSNBC’s Chris Matthews, it was like fingernails on a blackboard.

Most network news and cable outlets were openly one-sided in their coverage of the Mueller investigation. With each day came fresh revelations, usually with no supporting evidence, of wrongdoing by the president or people who surround him. 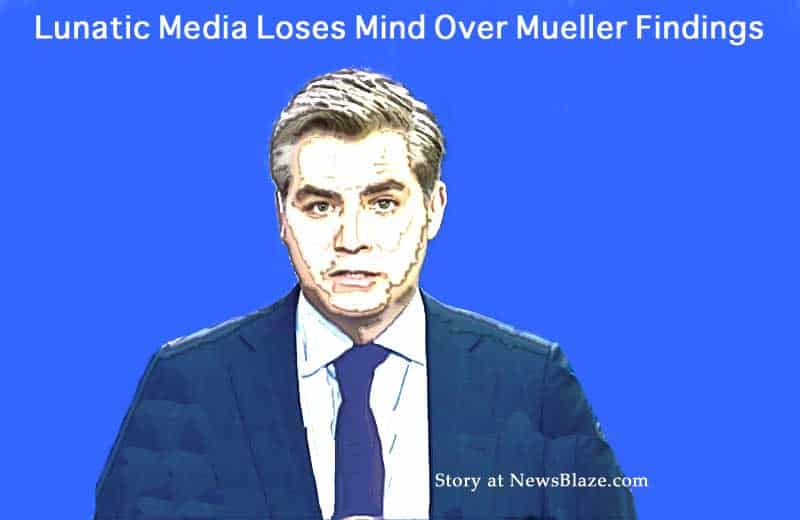 For the outcome to have been so opposite of their dire predictions was like Geraldo Rivera’s opening of Al Capone’s vault to a nationwide audience only to find nothing inside.

The Russians did not collude with Donald Trump; the media colluded against him. Most media members and the Democrats themselves will never accept the outcome of the investigation. But the stark fact is, Robert Mueller and his team found no collusion.

There is little doubt the loss of credibility the news outlets have suffered with the American people will be used skillfully by Trump in the coming weeks and months. A USA Today/Suffolk poll from March 18 showed that 50 percent of Americans agreed with Trump that he was a victim of a witch hunt.

After the announcement Friday, Trump tweeted, “No Collusion, No Obstruction, Complete and Total EXONERATION. KEEP AMERICA GREAT!” That didn’t stop the media from confronting him before he boarded Air Force One in Florida after his trip from Washington, DC. Their accusatory questions were like he had been found guilty.

Most of the media appears to have become desperate and crazy. Overnight, ratings for CNN and MSNBC took at nosedive as Fox’s ratings skyrocketed. It’s as if they betrayed their viewers and the trust is gone.

So much for CNN – “The Most Trusted Name in News.”

But it isn’t just the media that has come out of this debacle with mud on their faces. Trump’s biggest nemesis in the House, Rep. Adam Schiff (D-CA) had claimed for months he had direct evidence that proved collusion. Even after the report was issued, he wanted more findings released.

The problem there is Schiff failed to mention Attorney General Bill Barr’s findings that went even further than Mueller’s and Deputy Attorney General Rod Rosenstein, no fan of the president. Both men came to the same conclusion as Mueller.

Meanwhile, to save face, House Speaker Nancy Pelosi and Senate Minority Leader Chuck Schumer publicly say the summary Mueller released raises more questions than answers. Is this about the level of my dog ate the homework?

Nevertheless, in Pelosi and Schumer’s shared statement, they wrote, “The fact that Special Counsel Mueller’s report does not exonerate the president on a charge as serious as obstruction of justice demonstrates how urgent it is that the full report and underlying documentation be made public without any further delay.”

In other words, since Mueller didn’t exactly exonerate Trump in so many words, it is a damn good indication Trump did obstruct justice. Yet, Mueller found no evidence of obstruction. It is as if by casting aspersions as the media and the Democrats are perpetrating, the American people will buy their scam.

Sadly, of all the volume of untruths that surfaced, the unlikeliest voice of reason emerged; Reverend Al Sharpton. He agreed with Mueller’s findings and called it a victory for Trump (which it is). The reverend encouraged Democrats to move on to actual policies.

That may be a tough row to hoe for the media that speaks for the Democrats and Democrats themselves. After over two years of 24/7 Trump-bashing, not only are the ratings in the tank, so is the Democratic Party itself.

It should be time to put the torches and rope away and move on. But the Democrats have forgotten how to be democratic politicians, and they have no policies.