Rookie California Senator Kamala Harris (D-CA) recently sauntered into the “Netroots Nation” political activism conference. She was on familiar ground as she pounded the pulpit demanding single-payer healthcare, abolishing the Immigration and Customs Enforcement agency (ICE) among other “progressive” priorities.

It was red meat for the thousands of far-left activists cheering her on. Kamala will make her next major appearance at the Senate confirmation hearings in early September for Supreme Court nominee Brett Kavanaugh. There she will share the soap box for her predictable zingers with Democratic hopefuls Sens. Bernie Sanders (I-VT), Cory Booker (D-NJ) and Elizabeth Warren (D-MA). Between the four of them hamming it up for the national exposure, the slam dunk confirmation of Kavanaugh will be extended a day or so for their hot air.

But there is deep worry in the Democratic Party. It appears a lot of their diatribe is now falling on deaf ears with the very minorities that keep them alive. A recent Rasmussen poll indicates President Trump’s approval rating among African-Americans is at an astonishing 36 percent.

Is this really astonishing? Bread and butter issues are what get politicians elected. The economy is booming, and unemployment is at record lows. So how is it the Democrats continue to pound for open borders and zero enforcement of our immigration laws? The main people cheering them on are illegal aliens unable to vote. 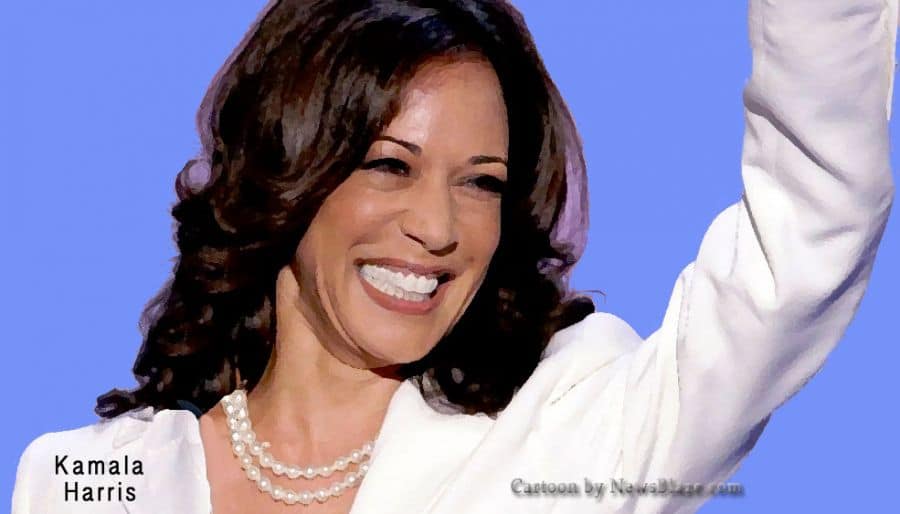 The correct answer is progressives now control the Democratic Party. Control means money and they have plenty of it from NE elites, George Soros and the Hollywood liberals. Although all major polls show Americans rejecting socialist ideas, that is their future.

Yes, Ms. Harris is eyeing a presidential run. Her handlers tell her she is the female Obama of her generation. With less than two years on the national stage, they think she’s a good bet with the masses. She told the cheering hordes at the conference, “Now, I am aware that some people would say that what I just said is plain ‘identity politics.’ That phrase is used to divide and it is used to distract.”

That was a very interesting comment considering it is exactly what she is trying to achieve. But a progressive’s job is to deceive or there will be no progression. Their college book ideas don’t add up in a country built on capitalist success and an economy alien to their beliefs. It only has a slim chance when all the economic indicators point decisively down.

Kamala’s audience needn’t look any further for proof of the deceit she espouses than the misery in current-day Venezuela. Their so-called leaders made similar promises and the country is now in chaos on the verge of civil war. What once was an oil-rich country cannot even supply toilet paper now.

To the left, it is all about identity politics and portraying themselves as victims. They cling to the tired belief they represent people of the underclass. But their rhetoric heavily relies on those very people staying in the conditions they are in to remain angry at their perceived life jailers. God forbid they escape their conditions because that means doom for their message.

Enter Donald Trump, the 4.1% GNP economy and the lowest unemployment for minorities in the history of record-keeping. What do the far-left say now?

Well, the conference Kamala was at had their familiar agenda. That would be to promise free stuff including free healthcare, education and a variety of other items that working Americans would pay for in taxes. But the promises seemed rather empty in the times we presently live in.

Then there was Hillary Clinton’s campaign of victimhood. Her identity politics rampage did not work. Eight years of Barack Obama brought unmitigated disaster in the economy and unemployment with the national debt doubling.

The American voter is rejecting identity politics. Ms. Harris is obviously aware of this as she makes the effort to ban the phrase. She will discover in the midterm elections it is time to retool the message again.

Americans vote for real policies and issues. Their primary interest is improving their lives, not a return to finger-pointing identity politics which is clearly contrived to promote division.