CNN is experiencing ratings fatigue. Their 24/7 Trump-hating network has exhausted their most loyal viewers and change is on the horizon to save their advertising dollars.

The business model is especially difficult when their mission is one-sided; a news organization dedicated to personal commentary. Finding the right balance to project fake fairness to the viewer and maintain the liberal narrative with their die-hard enthusiasts.

MSNBC and CNN are rivals for the same left-of-center/far left viewer. It is becoming increasingly difficult for the CNN people to maintain their traditional ratings rivalry from the more pronounced leftist view on MSNBC. The overall numbers are small to begin with and any ratings decline is considered horrendous.

That means it’s time for CNN to change their look. The word from upstairs management is they are changing their nightly lineup in hopes of pulling viewers back to their version of the day’s news events via commentary.

That new strategy is not a good one for the new executive scapegoat Anderson Cooper. CNN announced last Thursday that Cooper’s in-house rival, Chris Cuomo, will be taking over Cooper’s ratings-challenged 9 p.m. hour. It was announced about the same time Anderson received national exposure for his falling out with his latest boyfriend and an expose on the new partner.

Media analyst Jeff McCall told Fox News, “This move is likely hard for Anderson Cooper to accept. He is the face of CNN and is now being downsized while CNN brass looks for a magic solution.”

The two teleprompter readers graduated from Yale. Both are considered pure eastern-snobs. Cooper’s mother is Gloria Vanderbilt and Cuomo’s father was the former governor of New York, while his brother is the current one. Both found a home at CNN after their previous careers went south at ABC.

CNN will now cut Cooper’s “AC 360” into a one-hour program. Meanwhile, Cuomo will shift from CNN’s ratings-loser morning show “New Day” to the 9 p.m. slot. He will be competing head-on with ultra-liberal news reader Rachael Maddow at MSNBC.

Although the ratings share between the two rivals is miniscule, the fight for available ad dollars is ferocious. This will be CNN’s first time prime-time lineup change since 2014. They have usually finished behind MSNBC in most ratings measures.

CNN finished the month of February as the 12th most-watched cable network, averaging 979,000 prime-time viewers. That is light years from the prosperous FOX nightly ratings that continue to soar in the evening cable news environment. 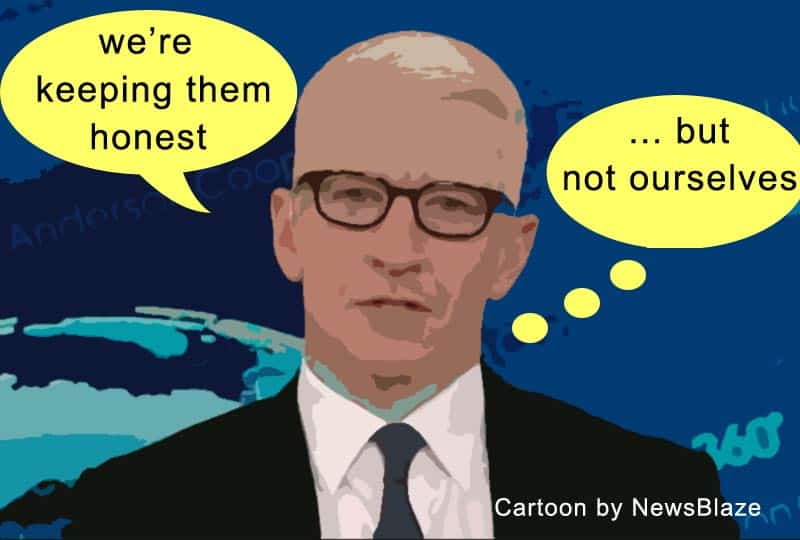