Ode to the biased “reporting” brought to you by the long-suffering, Trump-hating media of the left that encompasses 90 percent of this country’s news sources. You would think with those kinds of numbers, they would dominate the American landscape, but you would be wrong.

Consider this: After spending more than two years slamming the fake “news” story about supposed collusion between President Trump and Russia during the 2016 presidential election, they now come up empty and look utterly ridiculous.

Meanwhile, the so-called “journalists,” aka left-wing commentators at CNN have now fallen to 15th place in primetime ratings. In terms of advertising dollars alone, that is catastrophic news.

Yes, the television spokes-network for the Democratic Party pushed the fake theory of supposed collusion on the American public out of their open hatred of the president. The left refuses to believe that Hillary Clinton lost in a fair election and their ideas for America have been soundly rejected.

On another front, the poster child of the anti-Trump conspiracy theorist Rachel Maddow of MSNBC, has also taken a severe hit to her already dubious reputation as “a journalist.” How so you ask?

During the week of April 1st, MSNBC’s arch enemy, Fox News, dominated primetime viewers with 2.3 million. MSNBC, better known as ‘MSLSD,’ due to their crazy antics, came in a distant second with 1.6 million. To put that in perspective, that’s way below HGTV, the Food Network, Investigative Discovery, and the Hallmark Channel. 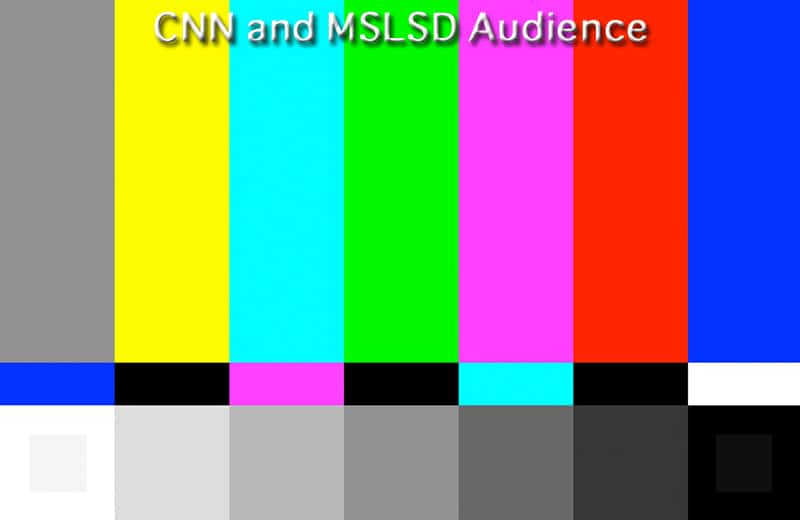 The darling of the fanatical far-left, CNN, placed 15th with only 745,000 primetime viewers. That’s getting close to the audience at 2 am for the test screen pattern.

Remember, these are primetime numbers. During the daytime programming, CNN could only attract 524,000 viewers through the day. That was on a busy news week in a country with over 300 million people.

Yes America, after years of filling you with the promise that there would be ultimate judgment on the president they despise, the Mueller report showed zero collusion. That should disgust even CNN’s most ardent viewers. Most Liberals with any common sense already left this propaganda machine in droves.

Then there is bespectacled, pious Rachael Maddow with egg all over her smirking face. All she has now is memories of just a few weeks ago when she battled Fox’s Sean Hannity in their shared timeslot for weeknight supremacy. Now she faces an angry group of viewers with a rope and torches.

Maddow has lost somewhere between 17 to 34 percent of her viewers, with the numbers varying depending on the week. You can almost hear MSLSD executives scurrying to review her $10 million per year contract to reach a group of mindless lemmings smaller than the size of Salem, Oregon.

Does this mean the far-left media will reconsider their nightly lies and propaganda? Will they begin to fact-check before reporting? Perhaps retool their ideological agendas?

Don’t count on it. They still think their miniscule audience are gullible lemmings who will believe the sky is falling until they are convinced the action is better over on the colorized version of the 2 am test pattern.