“We will have to play tough and regroup for ‘Pink Zone Night,” said Randy Henry.

The Schoolcraft College men’s team lost at home to Delta College in a hard fought and tight game, 86-83. It came down to the last minute of play. Coach Randy Henry added after the game, “Karl Moore brought us close. We are learning to win; we are right on the edge of busting loose. I am seeing a real pattern of growth. We had heart today, just not enough foul shot conversions.

The Schoolcraft College men next take on Oakland CC, Wednesday, February 9th at 7:30 PM for ‘Pink Zone Night’. The evening, with added attractions is a benefit for Breast Cancer Awareness. Even the referees are joining in with pink whistles. 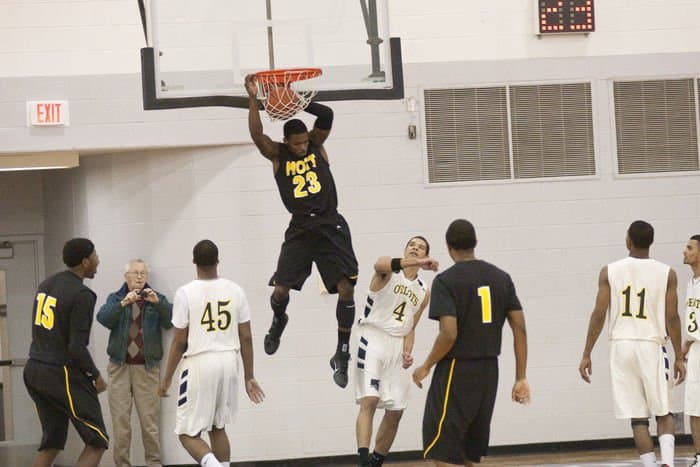 The Ocelots were also coming off a tough loss at home against Mott Community College, 91-61. Mott CC (19-2) was ranked fourth in the country. Schoolcraft had no answer for the highflying and athletic Doug Anderson. The 6’6″ sophomore forward had 15 points with limited playing time and three spectacular ‘alley-oops’.

Longtime Mott CC coach Steve Schmidt rotated his whole team and kept the pressure on Schoolcraft. Schmidt who was enshrined into the NJCAA Hall of Fame this past year was pleased with guard Demetrius Miller’s 18 points and the hustle of center Leviante Davis. Davis interchanged as guard, center and forward. The big-guy sparkled by even pressing on defense.

The Ocelots were without leading scorer, Karl Moore, who had an ankle injury. Point-guard Mohamed Elhaj and sophomore guard Ron Pummill got limited action because of injuries also.

Freshman Daniel Hill paced the Ocelots with 20 points and 11 rebounds, while Anthony Nash chipped in with 15 points. 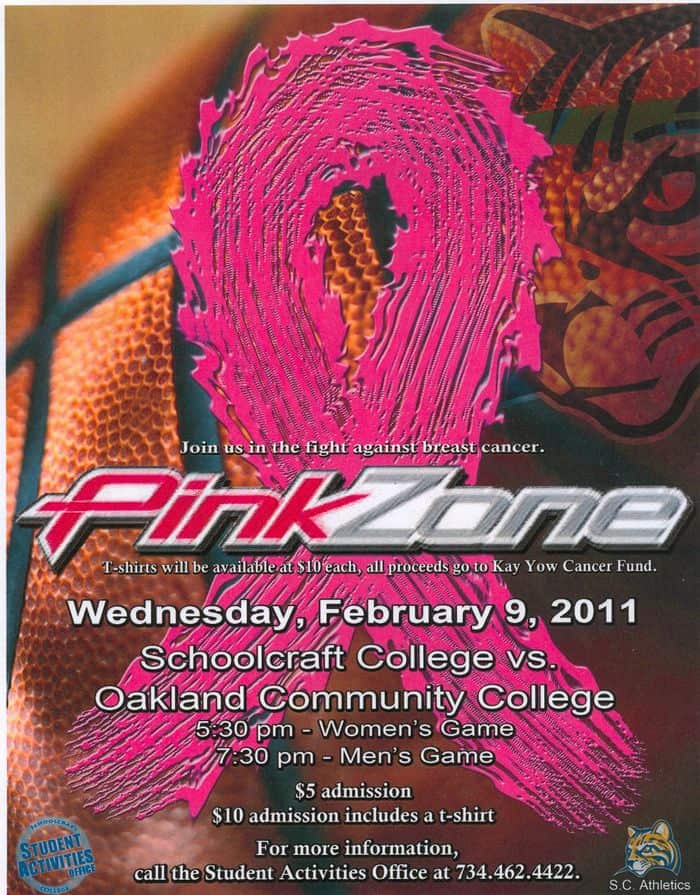 Mott is ranked fourth in the country in the latest NJCAA Division II national poll. According to Coach Smith, the highly recruited Davis is still uncommitted for his next level of collegiate play.