Who would expect Sara Lee, best known for cheap grab-and-go pastry, to be found at the big money 25th NIGA convention?

Surprising to be sure, but there she was, I saw her with my own eyes. What most of us didn’t know was Sara has a high end side to her product line, named “Bistro” and its, in my words, “Oh so good.” 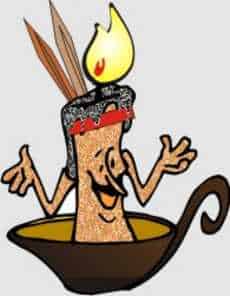 That wasn’t the case here. Possibly because of it being an NIGA show, the focus and the mood was definitely spiritual.

Washington D.C. based NIGA (Native Indian Gaming Association) established in 1985, is a non-profit organization of 184 Indian Nations who along with other non-voting associate members represent organizations, tribes and businesses engaged in tribal gaming enterprises around the country. The common commitment and purpose of NIGA is to advance economic, social, and political lives of Indian people. NIGA operates as a clearinghouse and educational, legislative and public policy resource for tribes, policymakers and tribal community development of gaming issues as they reflect on Indian lives.

With such high minded positive goals, why not offer the best, and Sara did just that. How do cheese cakes named Mango Raspberry, Chocolate Raspberry Rumble, White Chocolate Tuxedo, or a more common Monique Carmel Pecan sound?

One thought that caused me pause was why offer such array of delicacies to a population already fraught with diabetes and obesity?

Then there’s the reality these were offered as luxury dinner closures to casino buffet visitors comprised mostly of non tribal members, people who only eat there on occasion. Meaning these delicious spreads aren’t likely to kill you when served with one lunch ever so often.

No, this isn’t a Sara Lee commercial. Still the one-touch coffee system was interesting in that its logo was almost a Starbuck’s image knock off.

Beyond drink and desserts represented there, was Jimmy Dean individual breakfast, looked a lot like a Egg McMuffin with sausage, egg, and cheese available in both a biscuit or pancake layer versions. Not to be outdone, Hillshire Farm meats, Galileo Italian pasta color brochures.

The show offered what appeared to be unlimited free Nathan’s hot dog in buns, and closed out back to dessert ads for “ChefPierre” pre-sliced pies.

So if those treats don’t yet tempt you, make your way to the next 26th Anniversary shindig, there’s bound to be ever more eatable delights.

Who says gaming casinos are all about filling the pockets, there’s more to life than Blackjack.