I want to reveal the primary teaching or belief of our newly founded religion – The Religion of Power. As you know, many religions of the past speak of a God, but it is never made clear who or what this God is.

This God is spoken of as a spiritual being that is invisible to mankind in which hope is given to it that it will some blessing to you. This is where our religion differs from others because we believe that God is not an invisible being, but an “entity” that exists right here on earth.

A Religion of Patriotism

We believe God is the governmental entity that rules over the people in whichever country it represents. And furthermore we believe “A True Prophet” understands this and he or she would understand that their main function is to lead the people to the worship and obedience to God (i.e.) The Government. 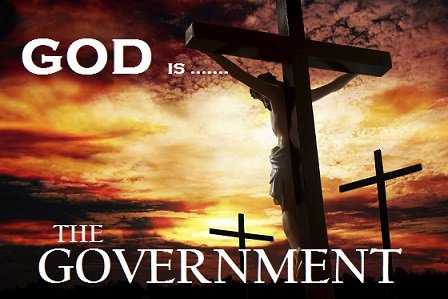 The religion of power leads its followers towards a tangible God such as the government of America, a God that can be seen and felt and feared. A God that has the power to grant tangible blessings to those that are faithful to it, or in other words, those who are “Patriotic.”

Who is The Devil ?

Once you know God, look for the opposer and the identity of a Devil is revealed, a Devil is a lawless “person” that rebels against God or The Government. It is a person or persons who wish to take over the governmental system and will its power as they see fit.

The True Reality of God

So you see, the religion of power does not deal with the hocus pocus of other religious teachings. We deal in ways of belief that make sense in the physical human world and understanding. So with us, the term “may god bless America” is now understood as “may the government bless the people of America.”

But just as the spiritual God in heaven has no arms or legs, We The People must carry out the will of God or The Government. We have been entrusted to use our bodies and minds to will the power of God or the government to create heaven on earth, or hell if that is what some of us prefer.