Gentleman We Have A New Competition

This new study comes from interviewing women across America as to the question “would a non-Muslim woman date a Muslim man?” And shockingly enough we found that many women of all nationalities find Muslim men to be very attractive.

Women said that because of the media reports regarding the violence that surrounds Muslims that they would “feel safe” with a Muslim man. Women also said that they feel a Muslim’s devotion to his faith would transfer over to his relationship with her and their family as well as his career.

They also said that they think that Muslim men project a masculinity that other men in this day an age do not possess. And they find this masculinity very attractive and that their fearlessness adds to the bad boy image that all women are attracted to. 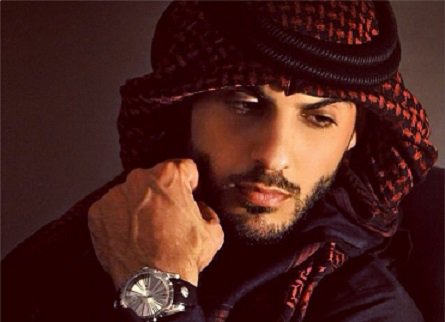 It seems that the media’s portrayal of Muslims has only added to their appeal among American women. And it has projected the religion of Islam to be “a man’s-man religion” and the seemingly negative portrayals are only adding to the interest of these men.

Is Muhammad The New Brad Pitt?

The majority of women in the western world are known to fall in love with “the bad boy types” because they portray that dominating man that brings out the submissive nature in women. And the Muslim man has been portrayed by the media as the ultimate male, fearless, dominating and masculine.

And in an age where men are becoming bisexuals and transsexuals – the Muslim man seems like the savior to any woman yearning for the love and protection of a “superman.” And thanks to the media, this once mysterious man has become well-known and labeled by women as the most desirable because he seems to be the ultimate bad boy.

Will Becoming Muslim Be The New Trend?

So what options does this leave for the more passive turn-the-other-cheek Christian male?

In the dating world we would have to say that his only hope is to convert to the religion of Islam to get women. Because as this study shows, although homosexuality and sensitivity is popular in America among men – the nature of a woman still submits to the testosterone of a man.