Okay so like a kid who has bought a toy, you’ve taken home your ‘Val’ and guess what? Just like dad trying to put the toy together and failing (several times), you are having a hard time figuring out what type of lass she is, so like dad who over the next few days has to buy the right battery size for the toy, you have to get to know Ms valentine over an expanse of time (1-3 months tops) and what better way to know just exactly what type of woman you have than own a manual? You know like the ones you have in chocolate boxes telling you what’s in what? That -is this!

This one when purchased is in the wrapper and genuinely remains in the wrapper until marriage. She is known as the gentle one. She goes to the library a lot and eats cheese and cucumber sandwiches. Usually very hot once they let down their hair (cough-cough-tangled) and take off those telescopes she calls glasses. Just don’t mention the following words or her father might jump out of a bush and kill you: 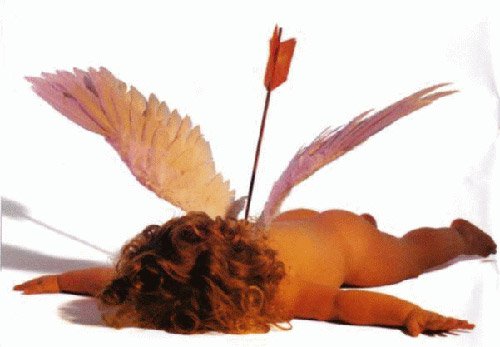 No I’m not talking about the farming implement commonly used in West Africa, I’m talking about that lady who gets round like a DVD stolen from blockbuster, the packet of crisps shared amongst friends, the funny video your mate sent you-DAMN, she gets around more than the videos of Justin Bieber, or however you spell his name. She has been around where as her reputation has been in one place and one place only- the mud. Let’s face it if a guy did this he’d be called a ‘Mr bombastic’ and probably even get brownie points but sadly to some extent it’s a man’s world so when a woman goes opening sesame so does Pandora’s box and well…they never could get all those evils back in the box and her reputation’s pretty much irretrievable too. Ah well, there is an upside though, she is experienced and can teach you ‘the craft’ but maybe not…you might get caught on camera. Then again you may not mind you could be Mr Bombastic. The shop won’t return her because she’s been overused and worn. You might have to find your receipt.

She is the female equivalent of a man-dem aka Hulk. She literally does ‘do it like a dude’. She’s the girl who not only wears her younger brothers clothes, she acts and walks like him. If you are going on a date make sure she dresses up rather than down because it’s most likely she will come looking like someone from a rap video you just watched. Oh and try not to get her angry she has a rule-slap now ask questions later. Oh sorry I meant punch now ask questions later. No wait, ah there it is, the rule is shoot now ask questions later. Basically when Mr ‘T’ said get some nuts she thought he was talking to her and decided to actually get some for real. Yes, that’s why her hand is always down there. She has a fetish for Yorkies too.

Let’s not fool ourselves into thinking that they do not exist. She will attempt to assassinate your mother, slash you tire, swivel on a chair stroking a cat as she tells you how she’s been planning to kill you, she will stand on top of a building and say she’ll top herself just to get you to be with her again, or not, she might just want to kill your arse. Advice there is no advice she’s all yours. Return to store promptly…they probably won’t take her back.

Upgrade to The Flower in the sense that she is not shackled to her damn father who was probably a man-hoe in his younger days. She can jam, chill, even go to the movies but she has the most deadly curfew and much like Cinderella she is gone by midnight. Sexy Cinderella will constantly leave you just when you are getting excited but if you want her you have to stay for the long haul. It might take years. It will be worth it though.

She will milk her sugar daddies like cows, she’ll pretend she is a virgin to her parents while she lives it up with her actual boyfriend who is constantly in the shadows and who all the other guys, who are fighting to impress her, don’t know about. She milks these idiotic guys too and when all is said and done the boyfriend will emerge from the mist and plunge your hopes of ever being with her into the core of the earth because he’s a ‘baller’ and you wish you were substantially taller. It’s not your fault though it’s hers and she knows it. Coz she’s bad like that.

She’ll talk before, during and after sex. She’ll talk during football, she’ll talk all day, all night and has BT suing you for overusing their service which aint possible. She is what you call the radio without batteries and if you think you’ve heard it all well you haven’t because if you let her on the phone to your mum -you are bleeping finished.

These are a good purchase if you like your private business kept private instead of slapped up all over Facebook and twitter. She will pretend she is a quiet one who could not kill a fly, who couldn’t melt butter in her mouth even if she breathed fire BUT lo and behold! She is a freak! She does the dirty and she gets you wondering whether you are man experienced enough.

Listen and listen good. If you have by chance come across or acquired such a women be ready to lose every single argument, debate, game, thumb war, and rock-paper-scissors battle ever! She makes the debaters in the house of parliament look like whimps. If you have one and want to return her be careful she might shout you down. Even her friends think she is overkill. The best remedy really is to be a man and stand up to her but don’t be a brute about it. Where she’s wrong let her know but most of the time she is right anyway, she just has a degrading way of letting you know. Good luck with returning her -the shop will close when they see you on the horizon with her. How? They heard her coming!

10. The Wife aka WONDER WOMAN

She is the wow factor, or what people nowadays lovingly refer to as ‘wifey’. She is the woman who is willing to do all in her power to do you right to banish the thoughts of previous relationships. She does so with ease and she is so amazing she makes you realize just how much growing up you have to do to match her maturity. She has her head screwed on the right way, she is a woman of substance and valour and she makes you drop your habits without a second thought. She is the premium package men and if you can get one you are a lucky son of a -anyway she comes at an affordable price- COMMITMENT , LOVE AND HARDWORKMANSHIP. What’s that you say? You don’t know how to commit? Aww shame. They are a limited edition and almost extinct because some of them keep going out with beef caked idiots, or non-aspiring (some are aspiring) man-dem who treat her like dirt. Being Wonder Women their dress sense is out of this world-their swagger is on-point, they are intelligent and street wise (there is a difference between the two), they are clued up and innocent enough to be classed as the flower (in many a sense they are the ultimate upgrade to her) She makes the good girl contract seem silly with her sophisticated independence and her soaring mind-set that propels her to accomplish all she aspires to. Other types of wonder women are much stronger and take no riff -raff on whatsoever, if you want her-clean up your act. She is out there (available while stocks last). Like wonder woman she is a feminist and rallies for the Amazonian cause so don’t cuss any women around her. Oh and I might as well warn you, like wonder woman she has a lasso and knows when you’re lying. She makes heads turn when you go out and people (especially your mates) pat you on the back and when you take her home your mum bursts into tears and hugs you talking about how you will give her beautiful gran-kids and your dad claps for you. You did it, you bagged a winner…that’s if you have what it takes. Do you?