President Barack Obama’s presidency has hit a new low in popularity according to a new Wall Street Journal/NBC poll.

Obama’s job performance fell a shocking five full points since this last poll was taken in October. For the first time, a record 51 percent of Americans disapprove of his performance.

That number ties with his lowest approval rating since January, 2009, and it may drop further.

Adding to that bad news for the White House, for the first time in the poll’s history, the president’s personal approval ratings were actually lower than his disapproval ratings.

Forty-one percent approved of his performance on a personal level with 45 disapproval rating.

The latest poll ratings can be attributed to his lack of credibility on such issues as the IRS scandal, the Benghazi debacle; the Syria crisis and the failed Obamacare rollout in October.

It appeared to be a combination of things that caused both the drop and the low rating, surprising some. As expected, the NBC Pollsters said the poll showed the Affordable Care Act was the greatest concern for Americans, and which also produced low ratings for the Republicans and Congress as a whole.

Surprisingly now, only thirty-seven percent of Americans view the new healthcare law as a good idea, and 47 percent outright oppose it.

The most telling numbers in the polling concerned Americans finding more about the Obamacare law. Forty percent are now less confident about Obamacare while only 9 percent are more confident.

So far no one within the Obama administration has been held responsible for the disastrous Obamacare rollout, including its director, Kathleen Sebelius. 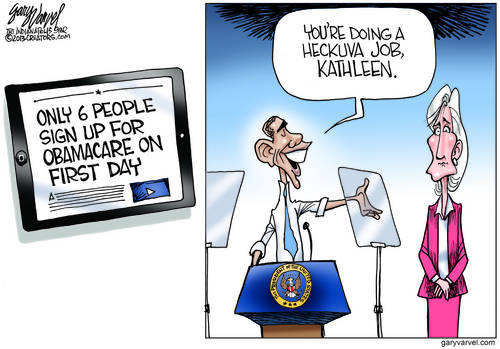