A terrorist from Australia, whose name will remain unmentioned other than his initials, BT, on March 15, 2019, massacred 50 innocent civilian Muslim people praying in two Christchurch mosques in southern New Zealand. It was a monstrous act, and there’s no excuse for any terrorism in the world.

There’s no doubt that the terrorist tried to kill in New Zealand like Serb fascist Radovan Karadzic killed on Sarajevo and Srebrenica of Bosnia and other places (1990-1995). But finally, after 30 years, the hand of justice in the United Nations International Tribunal Court in Hague of Nederlands on March 20 of 2019 reached Radovan Karadzic. The court increased the sentence for the former Bosnian Serb leader, from 40 years to life in prison for his role in the Bosnian war of the 1990s. The tribunal reaffirmed his conviction on charges of genocide, war crimes and crimes against humanity. The genocide charges against Karadzic dealt partly with the Srebrenica massacre, when 8,000 Bosnian Muslims, mostly men, and boys, were rounded up and systematically killed. (See nwaonline.com ).

No Excuse for Terrorism

The self-proclaimed fascist BT wanted to kill New Zealand in the name of “white power” like Adolf Hitler Jews in Europe (1939-1945) and Radovan Karadzic Muslims in Bosnia (1990-1995). The tragic disaster was planned, prepared, sponsored and designed according to the fascist model of the Serb ultra-nationalists political leaders Radovan Karadzic, Slobodan Milosevic, General Ratko Mladic, and Vojislav Seselj. It followed the model implemented in Bosnia to exterminate Bosniak Muslims like during the Second World War.

The reaction and timely intervention of Prime Minister Jacinda Ardern and of the relevant law and order authorities of New Zealand prevented further murder. Their humane act “has won international admiration for her handling of the crisis. She announced for charges to New Zealand’s gun laws-including a ban on military-style semiautomatic weapons-within six days of the attacs, and has sought to counter racial dimensions with a message of unity. The New Zealand Prime Minister Jacinda Ardern in response to the massacre of 50 worshipers at two Christchurch mosques by a single shooter, she said that those loved ones were brothers, daughters, fathers and children. They were New Zealanders. They are us.” [wsj.com]. 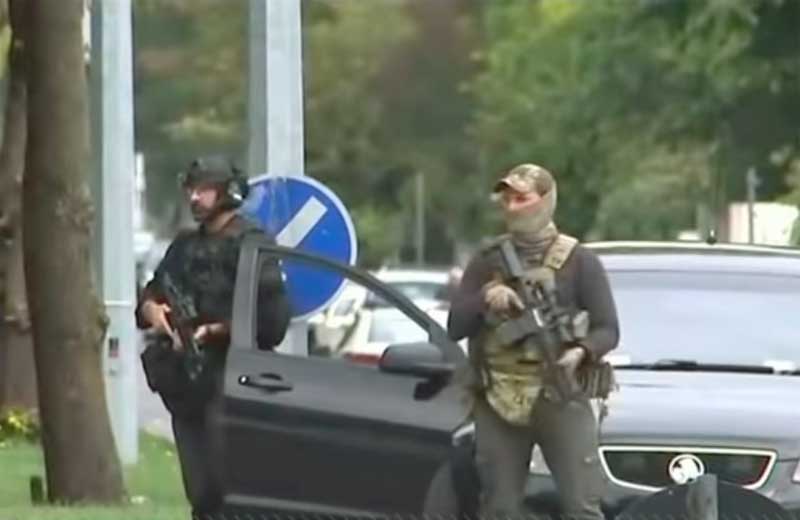 A Global Anti-Terrorist Coalition Is Needed

Ultra-nationalism, racism, intolerance, extremism, discrimination, fascism and terrorism are as dangerous as nuclear weapons for destroying all mankind of the modern world.

Therefore, neither morally nor legally there’s NO Excuse for terrorism be it Muslim, Christian or Buddhist … etc., NO EXCUSE to kill innocent people anywhere in the world.

No one has the exclusive right to kill innocent people whether they are white or black or they belong to different races, religions, languages, cultures and civilizations. It is categorically prohibitive and condemnable under international conventions, resolutions, agreements, protocols of the United Nations and international humanitarian law (1945- 2019).

So the whole of today’s world needs to get up and say no to terrorism because it is the tomb of all the mankind, and the destruction of the universal values of the civilized, democratic, peaceful and progressive world.

This devastating choler of humanity must be fought all around the world by all the legal means available. Otherwise, we will all be victims of terrorism.

The whole world must win the war against any kind of terrorism as it triumphed over German-Italian-Japanese nazi-fascism in the Second World War (1939-1945).

We cannot expect that fascists, felons, ultranationalists, their supporters and sponsors will punish terrorism around the world because their mission is the murder of innocent people.

Appeal to the Human, Democratic and Peaceful World

We must become the prophets of humanity, justice, freedom, liberty, freedom of movement, tolerance, peace and global human coexistence of our planet. We must not be disruptive, arsonists, killers and terrorists of these universal values of mankind.

Peace should be the primary and priority task of science, politics, justice, evangelism and diplomacy of all scientists, political leaders, and clergymen of all religions around the world. This would be the salvation of today’s world. We say NO to the hate, division, hostility, and murder of innocent civilians just because they belong to different religions, cultures, ethnicities, religions, countries and civilizations.