With the effects of the recent 8.8 magnitude quake in Chile still unfolding, it is understandable that thoughts of how this will affect other areas are not high in people’s minds.

Hundreds have lost their lives in Chile, and Tsunami alerts have been seen as far away as Japan and Russia. Aftershocks continue to hit Chile, hampering rescue efforts and placing the survivors in constant fear.

The Chile quake occurred in the centre of three tectonic plates (Nazca, South American and Antarctic plates) and almost the same location that produced the largest earthquake the world has ever seen (in 1960).

Tectonic plates move in different ways. Some slide against other plates, while others push or go over or under each other. In some cases, the movement of one plate can affect another, creating new earthquakes in different areas of the planet.

If the three plates in the Chile region have moved in an easterly direction, this could allow the Pacific plate to do the same. If this is the case, pressure can be expected along the eastern Pacific and create further quakes in traditionally suspect areas: Mexico, California and Alaska. 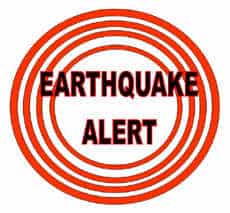 Historically, this has happened many times before, although the magnitude of the quakes will probably be less than that seen in Chile.

Whilst there is no guarantee that the Chile quake will trigger others, there is a good chance this will occur within a matter of days, if it happens at all.

Although experts have informed us that earthquake activity is no higher than usual, we only have to look at the quakes recorded in the Pacific area in the last few weeks to see that this is not entirely true. Not all of these are of a dangerous level, but the numbers are very high.

Earthquakes, large and small, are something we have to live with all the time, but it is worrying when the frequency and size of them increase over a short period of time. One can’t help feeling that something much worse is imminent.